• A Decade of ‘Unicorns’ Ends With a Little Less Magic (Wall Street Journal)
• The Jobs Market Isn’t as Healthy as It Seems (Bloomberg)
• Wall Street’s Machine of Silence Stopped a #MeToo Revolution (Businessweek)
• Why Haven’t We Been Able to Cure Cancer? (Slate)
• How we know global warming is real: The answer includes Benjamin Franklin, Mutiny on the Bounty and centuries of records. (Washington Post)
• My New Goal in Life: Avoid a Mid-Life Crisis. (Wealth of Common Sense)
• President Trump’s Fox obsession reshaped the political universe in 2019 (Media Matters)
• Taylor Swift And The End Of An Era: Love her or hate her, Taylor Swift embodied the contradictions of the decade in pop music. (Buzzfeed)
• The 40 Best Christmas Movies of All Time (Vulture)
• The Decade When Numbers Broke Sports: In the 2010s, data and analytics changed the way games are played—for better and worse. (Wall Street Journal)

Be sure to check out our Masters in Business interview this weekend with investor Sarah Cone, founder of Social Impact Capital, a New York based VC firm focusing on “teams doing good with technology.”

Americans are working fewer hours, on average, and at lower-paying jobs. 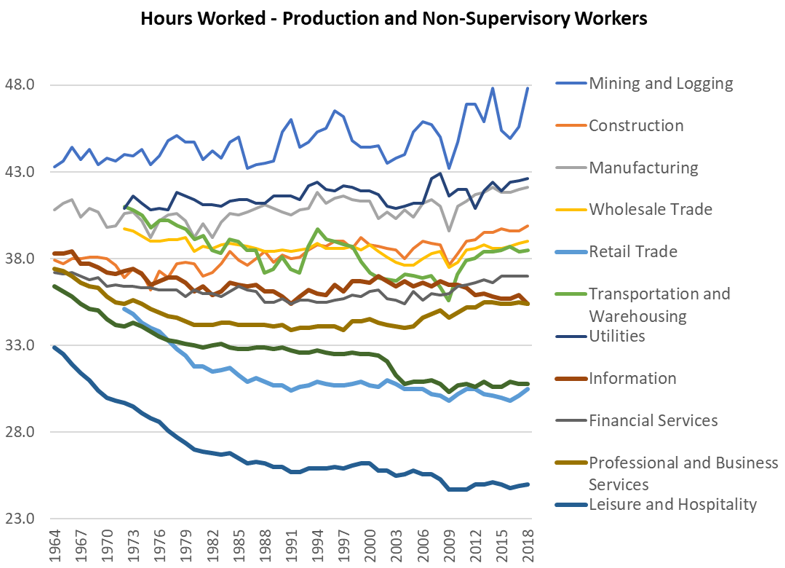