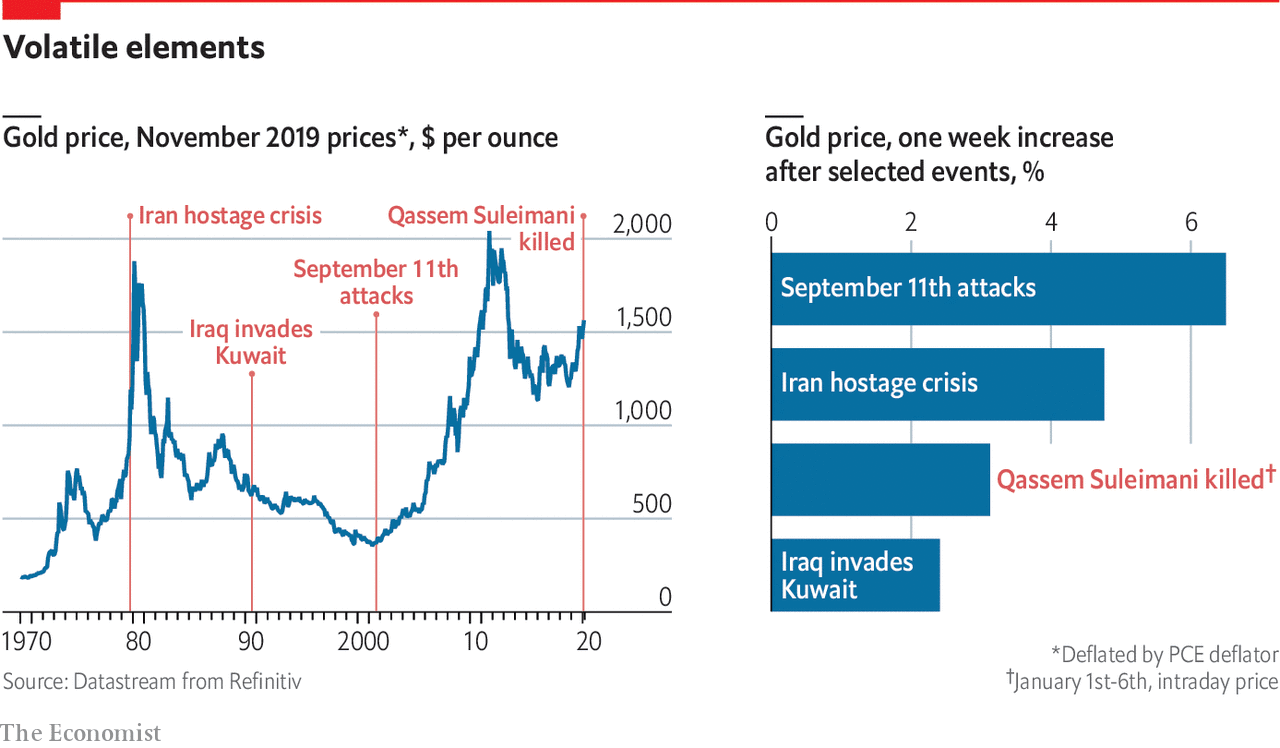 Gold has been on a tear all of 2019, but the surprise assassination of Iran’s Military leader caused a further spike. Here is The Economist:

The jump to a near-seven-year high followed the drone strike that killed Qassem Suleimani, leader of the Quds Force of Iran’s Islamic Revolutionary Guard Corps, three days earlier. Investors typically seek sanctuary in gold when geopolitical risk soars. The rise of 2.85% over two trading days is similar to those after other Middle Eastern flare-ups. (The killing of General Suleimani also caused oil prices to leap: Brent crude rose by 5%, briefly topping $70 a barrel for the first time since May.)

The question is what drives it further? Is this a hedge on further geopolitical tensions, or just a chasing trade? (I have no idea).

MIB: Got Credit Cards? You’re Probably Using the Wrong Ones