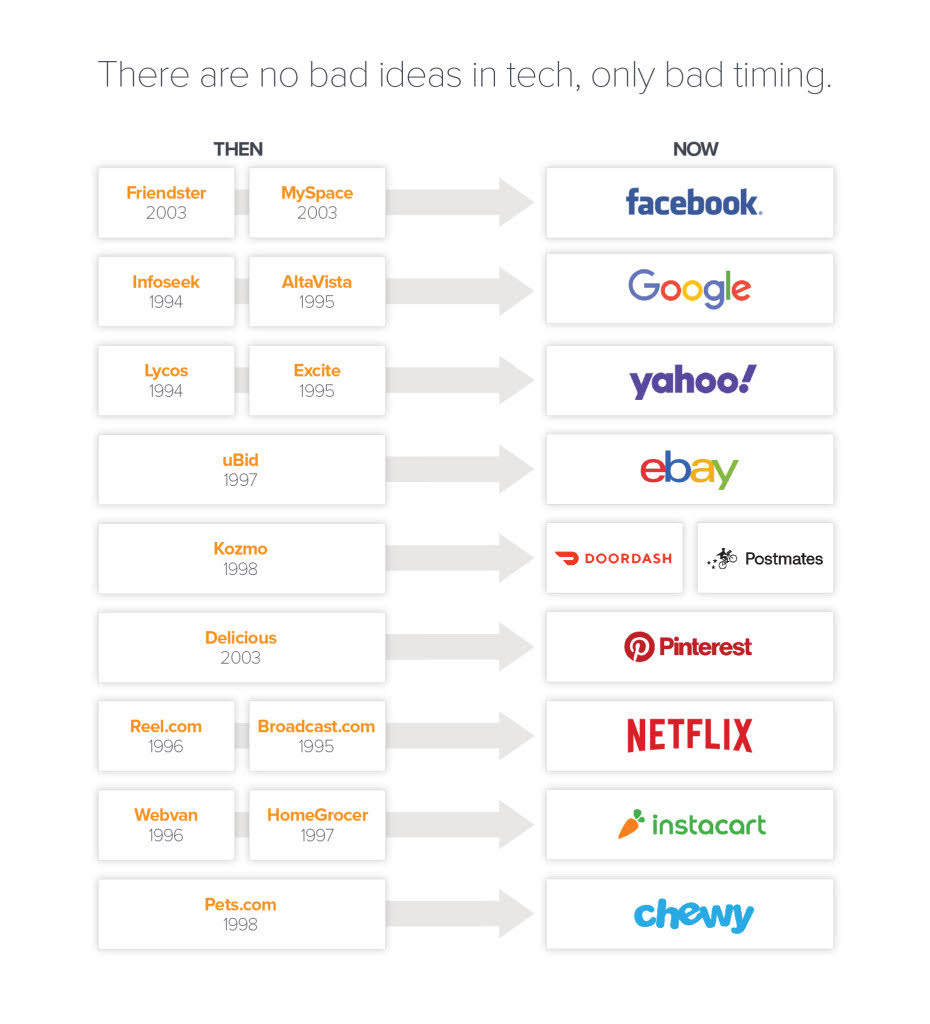 I am intrigued by this idea via Marc Andreesen that there are no bad innovations — only early ones. The list above shows a variety of start up and more seasoned companies that eventually succumbed to failure, only to see more successful versions appear and thrive a decade or two later.

MiB: Redefining Value to Include Growth