The weekend is here! Pour yourself a mug of Organic Fair Trade French Mexican coffee, grab a seat by the window, and get ready for our longer form weekend reads:

• Who gets to be reckless on Wall Street? Regular investors are piling into the stock market for the rush. Wall Street titans say they’re making a grave mistake, but it’s not so simple. (Vox)
• Fraud, Short Sellers & Media: historical context on the broader themes surrounding Wirecard’s demise, including the role of short sellers and investigative journalists (Investor Amnesia)
• The Nerdy, Contentious, and Existential Debate Raging Inside One of Britain’s Biggest Funds: The central debate is a tangled knot of mind-boggling mathematics and competing investment ideologies. It centers on whether or not USS — a hybrid scheme with both defined-benefit and defined-contribution elements — should look at its investment strategy on a liability basis (Institutional Investor)
• The Man Whose Surveillance Camera Sparked a National Uprising: Rashad West went from hardworking teen to college athlete to restaurant owner by the age of 26. Then he single-handedly proved that George Floyd was not resisting arrest. (Medium)
• Anthony Fauci: ‘We are living in the perfect storm’ The straight-talking scientist on keeping the peace with Trump and the hunt for a Covid-19 vaccine (Financial Times)
• The Prophecies of Q: American conspiracy theories are entering a dangerous new phase. (The Atlantic)
• YouTube’s Psychic Wounds: YouTube, this endless, crowd-curated theater of ourselves, serves up the raw, the cooked, the failing, the heartrending, the shocking, the helpful, and the WTF? any time you want it. (CJR)
• Who Had To Die For Your Dinner? Worried about putting themselves and restaurant staffers at risk, many Americans have turned to home cooking as a safer, more ethical option. But what may seem safer for consumers can still be deadly for the low-paid, often immigrant workers who make up America’s sprawling food supply chains. (Buzzfeed)
• The trolley problem problem: Are thoughts experiments experiments at all? Or something else? And do they help us think clearly about ethics or not? (Aeon)
• Carl Reiner, Perfect: The director and funnyman taught Steve Martin about film and comedy, but it’s Reiner’s advice on a completely different subject that he cherishes. (New York Times) see also Carl Reiner’s Final Princess Bride Performance Is a Fairy-Tale Ending (Vanity Fair)

JPMORGAN: “A Democratic sweep election is potentially neutral-to-positive for markets” 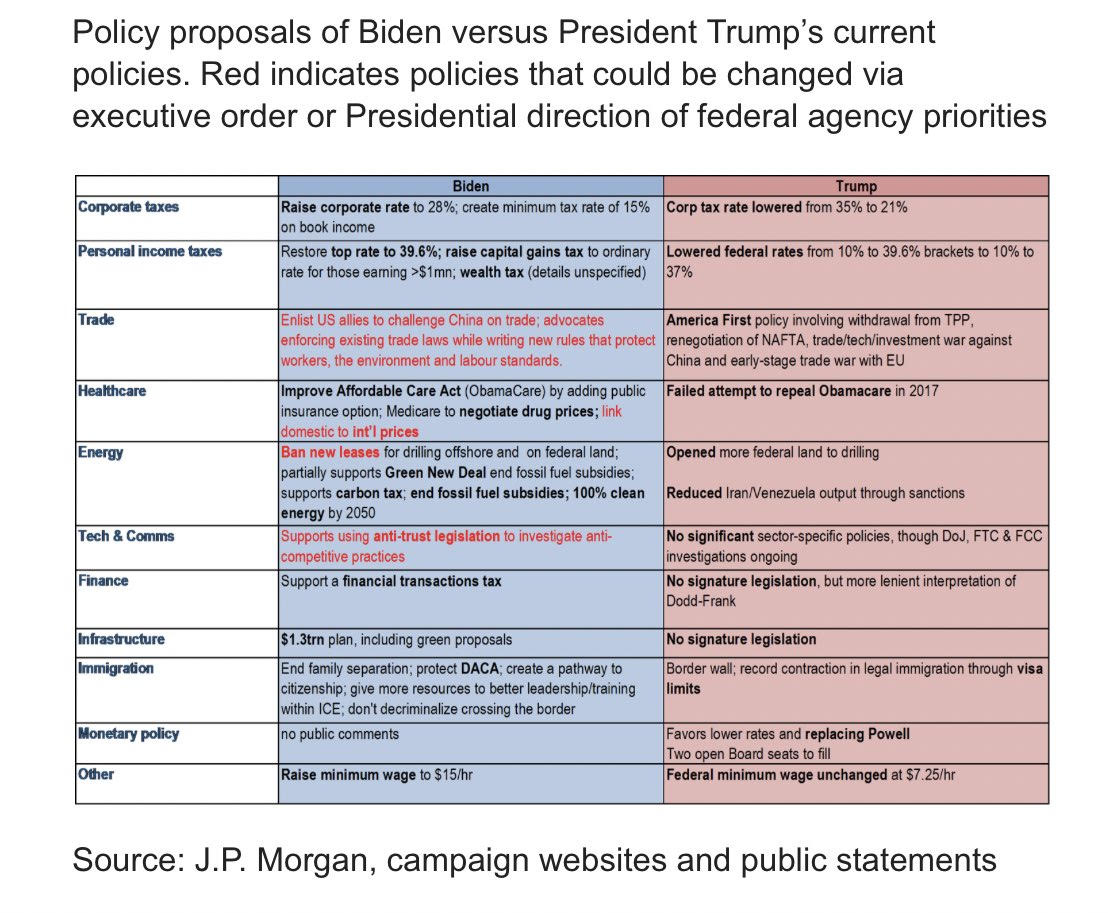 Succinct Summation of Week’s Events for 7.10.20