The weekend is here! Pour yourself a mug of Trader Joes’ French Roast coffee, grab a seat by the pool, and get ready for our longer form weekend reads:

• Speculation & Innovation: The long history of electric cars: The electric vehicle is nothing new. It will come as a surprise to many readers, but the electric car was invented almost 200 years ago, in 1832. In fact, the first electric vehicle was built 50 years before the first internal combustion engine vehicle. (Investor Amnesia)
• Value Investing Is Short Tech Disruption: “Once we neutralize its anti-disruption bet, we find that value’s lost decade disappears. Value’s drawdown is fully explained by its big bet against disruption!” (Sparkline Capital)
• Robinhood Has Mastered the Stock Market Game. Its Next Act Will Be Tougher: BaijuBhatt and Vladimir Tenev have drawn a new generation of investors to the stockmarket. But their trading app makes investing more like a videogame—and a risky one. (Barron’s)
• The Hunt for the Next Quirky Economic Indicator Is On: Covid broke the Lipstick Index and a lot of other indicators. Here’s what should replace them.  (Medium)
• The Master and the Prodigy: John Maynard Keynes fundamentally shaped economics and policymaking in the twentieth century. Less appreciated is that he owes some of his central insights to a brilliant Cambridge polymath who died in 1930 at age 26. (Project Syndicate)
• Warren Buffett: America’s Folksiest Predator: Dave Dayen’s new book “Monopolized” shows how Buffett has normalized monopoly power. (Matt Stoller)
• How QAnon rode the pandemic to new heights — and fueled the viral anti-mask phenomenon: Researchers and experts say QAnon has emerged in recent months as a sort of centralized hub for conspiracy and alternative health communities.  (NBC News) see also QAnon Is Running Amok, and the Time Has Come for Interventions: Family members may be the last line of defense as the amorphous online conspiracy movement attempts to break into the mainstream. (Businessweek)
• I Decided in May to Move My College Department’s Courses Online. Here’s Why. My thinking on how to handle the coronavirus outbreak in the New York City area began in my classroom in the second week of March. I wanted to be frank with my students, and I wanted them to be honest with me. (Medium)
• What Democrats Can Learn from the Republicans about Political Power: For as long as we’ve had reliable data on the matter, evidence tells us that when it comes to public policy, Americans lean significantly to the left. And yet, the party of the right continues to win elections, control the institutions of governance, and enact major elements of its (relatively unpopular) policy agenda. This begs the question: What do Republicans know about political power that Democrats don’t? (Niskanen)
• Dolly Parton Steers Her Empire Through the Pandemic— and Keeps It Growing: With a company that employs thousands, the country icon is making hard choices, expanding her slate of music, screen and branding projects — and even planning for a world without her. (Billboard)

Be sure to check out our Masters in Business interview  this weekend with Claudia Sahm, former Section Chief at the Board of Governors of the Federal Reserve System, and Senior Economist at the Council of Economic Advisers for the Obama Administration.

COVID-19 lockdown caused seismic activity to halve around the world 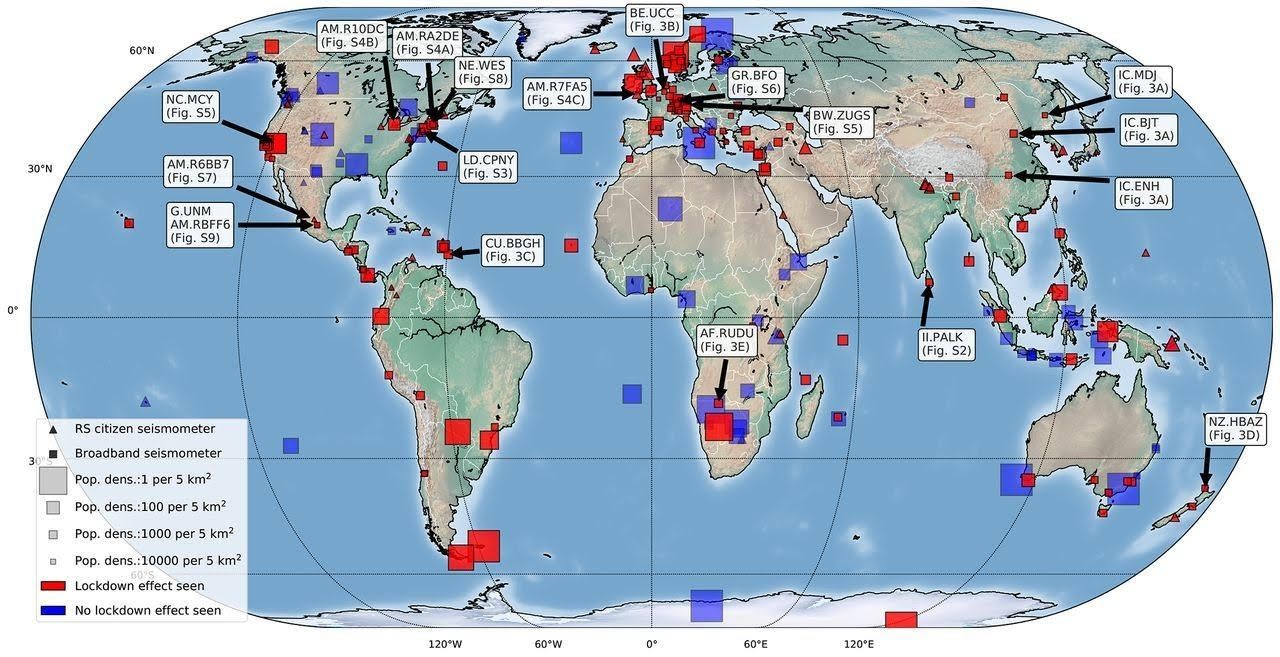