This is the most interesting Christmas album I have heard in a long time:

Home For The Holidays

Sometimes you try too hard.

In today’s competitive market, where you can make it but the label won’t put it out until it’s convinced it’s a hit, everybody feels the pressure, and this works against music. Whereas Eric Clapton’s Christmas album seems to be a toss-off, getting a group of people together in a studio to jam, to create product as opposed to shooting for stardom, and that’s why it’s so great, it’s REAL!

If you were alive back then, in the era of jams, when it was about the feel first and foremost, you’ll get this, you’ll close your eyes and you’ll be at the Fillmore, swaying with the crowd, enraptured by the music.

This is the past, but it could also be the future.

You’ll be stunned that this sound is still around, it’s totally in the pocket, it’s like running into a cousin, a college roommate, but they don’t look like they used to, they’ve experienced, they’re world-weary, just like you, they’ve got a tale to tell, and this is it.

Now if you need the Clapton of yore, where he’s working out on his axe, play “Christmas Tears,” he wails enough for any fan. But truly, Clapton’s learned the lessons of his old mentor Delaney Bramlett, that less is more, and there’s no upside in showing off, you’ve got to be in service to the song, the track.

And even though you recognize some of the titles, if you didn’t read them you probably wouldn’t know the track. The song is just a starting point. We haven’t had this spirit since 1968, with Al Kooper’s “Super Session,” where people who knew how to play reinvented the songs of yore and made them brand new.

But my favorite cut on the album is “Home For The Holidays,” it immediately lays down in a groove and you can’t help but fall into it, you find your foot tapping, your head nodding, your body twisting, even if you’ve never danced in your life. This is the blues. As filtered through the English musicians who popularized the sound. And it sounds as fresh as yesterday. Sometimes you have to go back to the basics to get to the future.

This is how it was. Before MTV reinvigorated Top Forty, when it became about the hit single and only the hit single. “Happy Xmas” is of a piece, you’re getting a peak into music creation not by machines, but people, then again, “Jingle Bells” is a tribute to Avicii, and done well. Yes, there is some stretching on this album, but you’ve got to get past the opener, “White Christmas,” the lamest cut on the album, it’s like they felt they had to put a recognizable track up front, as opposed to the best, whereas the album doesn’t really start to swing until “Every Day Will Be Like A Holiday,” the fourth cut in, when only the hard core is still listening.

You put on “Happy Xmas” and start to drift. Then you start to focus. It’s like the band is in the next room over, smoking, having a few drinks, getting into it, you want to break through the wall and join the party, just be in the space where the magic is being made. This is a far cry from today’s bulletproof music These tracks breathe. Primarily because no one steps out, all the players are together, a cohesive unit.

If you want to know how it once was, when an album was a statement, capturing a moment in time as opposed to a hit surrounded by dreck, all made for a theoretical audience that does not exist, listen to this.

Really, give “Happy Xmas” a play. All the way through. Even if you’re an atheist. It’s not about the holiday, but the music, and isn’t music our religion anyway? 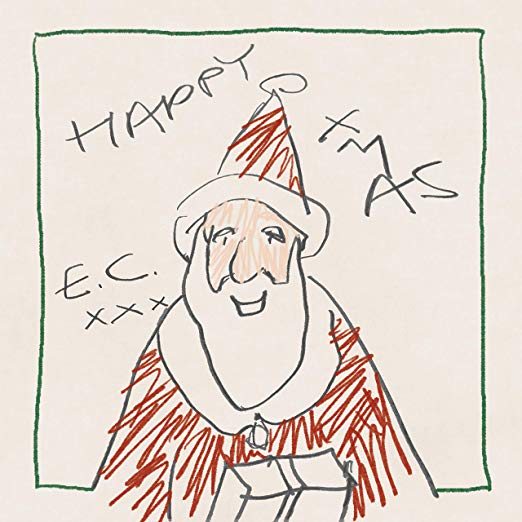