Via the Washington Post, this fascinating look at what’s most popular on a state by state basis:

One of the core assumptions about Netflix is that, thanks to its popularity and ubiquity, the service can blur boundaries. From Nashua, N.H., to Newport Beach, Calif., Seattle to Sarasota, Fla., we’re all watching the same thing. (And that thing, it seems, is “The Crown.”)

Except it turns out we’re not.

A researcher in Salt Lake City named Victoria Merinda has compiled the most searched-for Netflix shows in the country over this past year and proceeded to break them down by state. And it turns out, Americans are interested in very different shows depending on where they live.

Here is what it looks like via a map:

The Most Popular Netflix Show in Each State for 2018 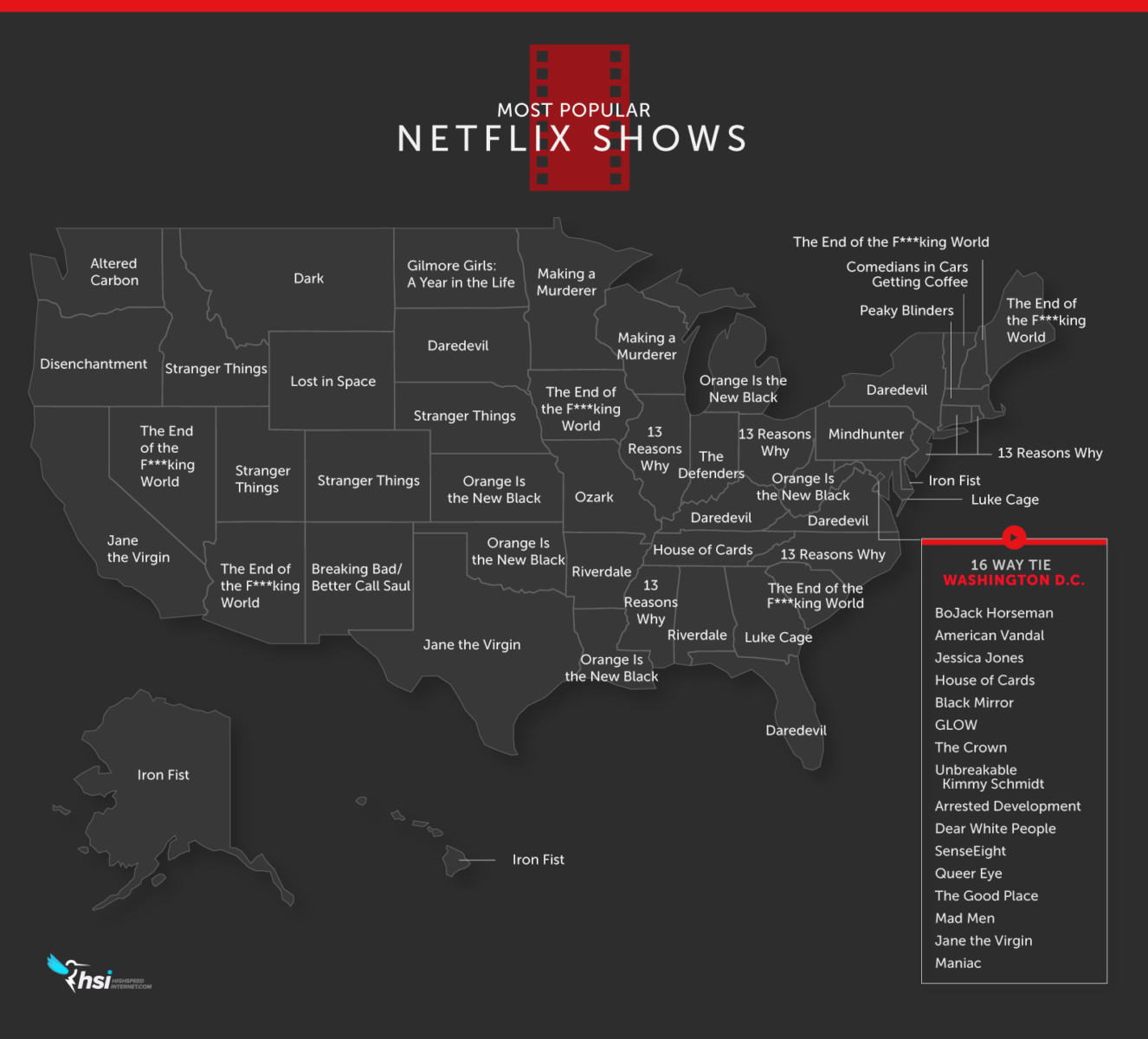