The giant Inside ETF conference just wrapped up in Hollywood Florida. It is an immense affair, with 2400 attendees, plus a 100 exhibitors taking over the Diplomat hotel.1  This is the 3rd consecutive year I presented at event, and the second year I attended the entire show. Bloomberg’s Erik Balchunas (and others), CNBC’s Bob Pisani, Barron’s Crystal Kim were all here covering the event.

I took some notes, what follows is mostly my stream of conscious dictation over the past 5 days, slightly annotated.

My experience has been that these conference take place in two distinct arenas: the event programming on stage, and a second unofficial version taking place around the pool and bars where conversations and networking create intriguing business opportunities.

The programming was a mix of big-name speakers and technical discussions on how ETFs are created, marketed, managed, distributed, regulated, etc. Some of the event was quite amusing: Hidden Gem ETF were elevator pitches for new ETFs; the Battle of the ETF Pundits was also an amusing hoot. Me, Josh, Mike and Bill all attended, and we put our stink all over the place. Josh did one of the closing keynotes, where we announced Wealthstack, the new conference we are co-producing with the Inside ETFs crew. (More on this in the coming weeks)

Keynote speakers included Joe Montana — he was quite delightful and John Swolfs did a nice job with that interview.  My charge was to interview Julie Rice, the founder of Soul Cycle — during the dreaded lunchtime slot (the worst!) But she was great, John Swolfs saved the day, and I’ll bring her onto MIB in the future. I enjoyed Paul Tudor Jones discussing his socially responsible JUST ETF; I was not so sure what to make of Yale economist Robert Shiller telling Doubleline’s Jeff Sherman why he was concerned about nuclear war. The odd couple of Donna Brazile & Michael Steele were a fascinating debate/discussion duo. I was privileged to interview best-selling author Michael Lewis for nearly 40 minutes on stage; he is even more delightful than you might imagine. That was my personal highlight of the event. (I’ll try to get access to the audio of the interview).

A few words about the unofficial event. It was every bit as fascinating as the official one. Like all conferences, the drinks flow freely, and people are far less guarded than they might otherwise be. Chatham house rules apply, meaning I can share what I learned but cannot identify people specifically.2

As Bloomberg News reported, the “Elephant in Room” were zero-fee ETFs, but the vibe was far broader than that. It was hard to ignore the undercurrent of concern about fee compression and headcount reduction. This is true across the finance industry in general. Traders, asset managers, institutional sales people, researchers – other than regulatory compliance departments, it is hard to find any aspect of The Street that has not been affected by shrinking fees.

Over beers by the pool bar in the warm Florida night, a few of us were chatting about this. I was particularly struck by what two quants were saying — these are super smart guys at 2 different shops — both successful managers with defendable strategies that have done well enough to attract billions in assets. Even they feel the fee pressure from clients of all stripes: home offices, institutional, public pensions, ultra high net worth. If these rock stars are feeling the heat, than everyone else must be as well.

This being February bonus season, after a year where essentially no asset class performed well, perhaps the crowd was feeling the sting of stingy raises and softer year-end bonuses. Happy happy joy joy was not a big theme. A little recency effect perhaps? Maybe, but I have observed this sub-current at finance gatherings since the financial crisis. Let’s face it, kiddies, the days of fat commissions, wine & roses, and “money for nothin” are long over. And, its likely to get even more intense as the competition for the investor dollar heats up. Everyone in the space has to justify their existence, and for some, that is a losing battle.

What surprises me is that this concern is as apparent at ETF conferences as anywhere else over the past few years, despite all of the successes the sector has had. Given the asset growth of the space — when not a lot else has been working — you might assume this would be a more optimistic bunch. Perhaps it’s the brutal Darwinian competition for assets among all of the new ETFs, or the winner take all, fat-head long-tail 3 big winners (Blackrock, Vanguard and State Street) in the ETF space, or the ongoing fee wars, or even the concern that the next new thing will do to ETFs what ETFs have been doing to mutual funds, fear remains the dominant emotion. It was instructive to witness.

I learned a lot about some of the new ETF offerings, lots about how the industry sausage gets made, and what goes into a successful ETF launch. I’ll take my notes and turn them into a Bloomberg column later this week.

The bottom line: All told, I found this to be an educational week, and a good use of time, both for the official event and the unofficial networking. And I am looking forward to the 2020 event.  (photos after the jump)

1. Disclosure: My firm, Ritholtz Wealth Management, co-sponsors the WealthStack conference with Informa, the company behind Inside ETFs.

2. “Yale professor Robert Shiller said mortgage your house and load up on Etherium” would be a no-no, but “A well-known economist’s recommendation to buy a crypto currency surprised everyone” would be fine. And no, of course Shiller never said that.

Michael Lewis is the poet laureate of finance 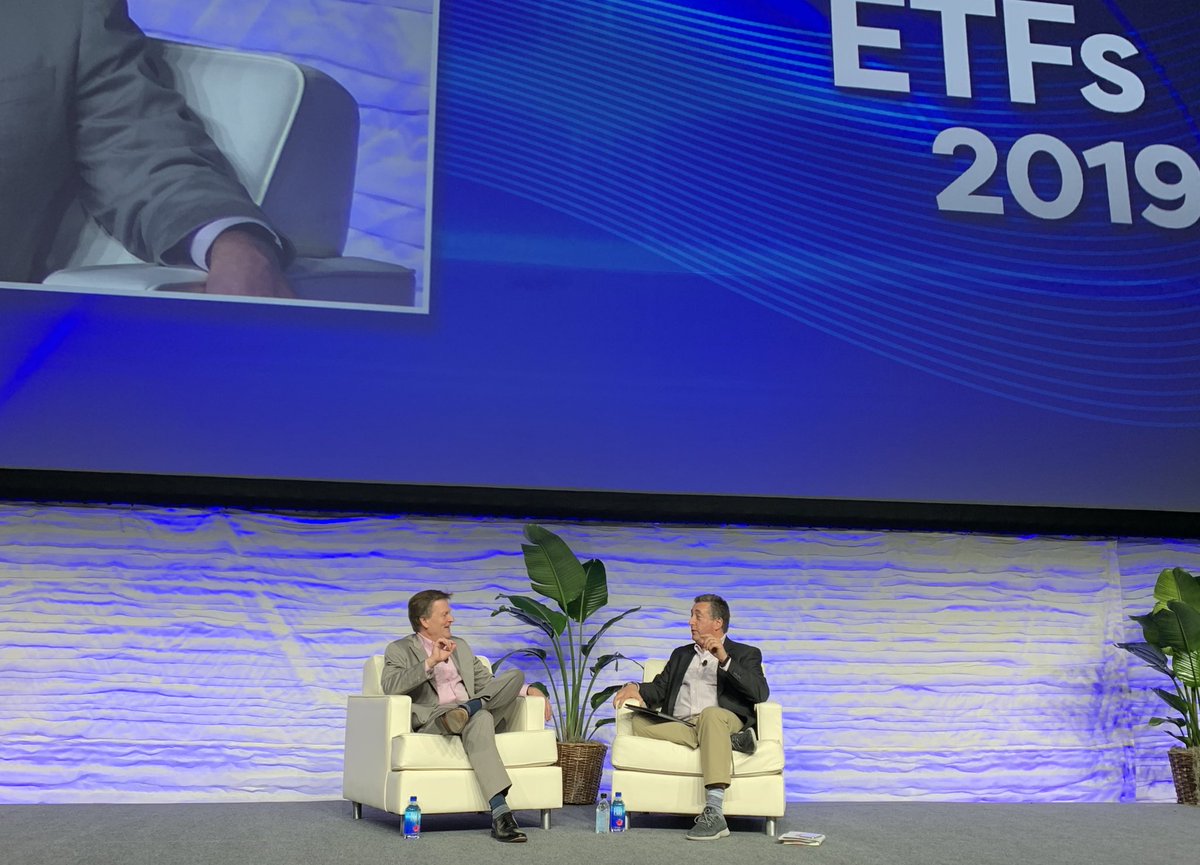 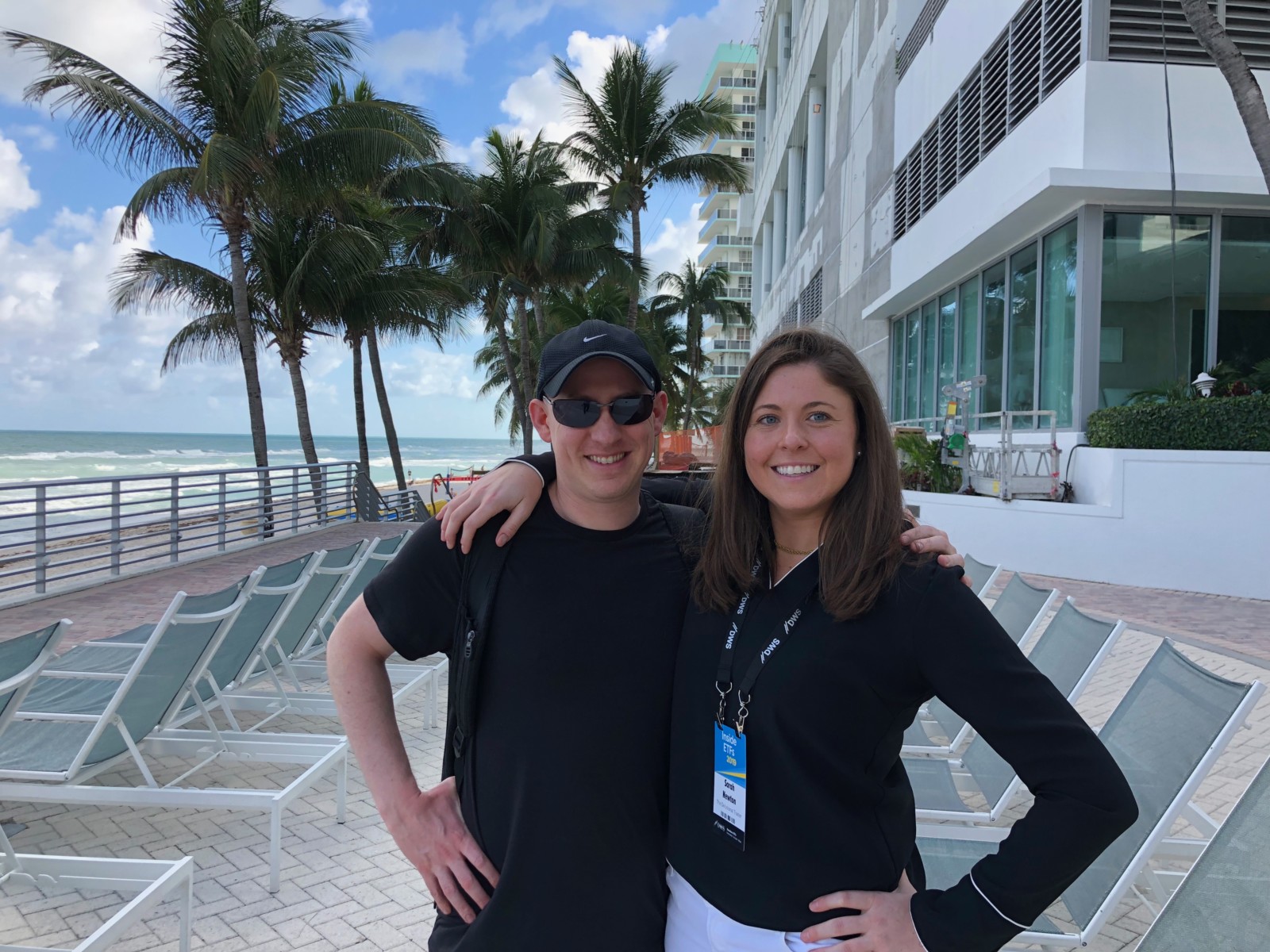 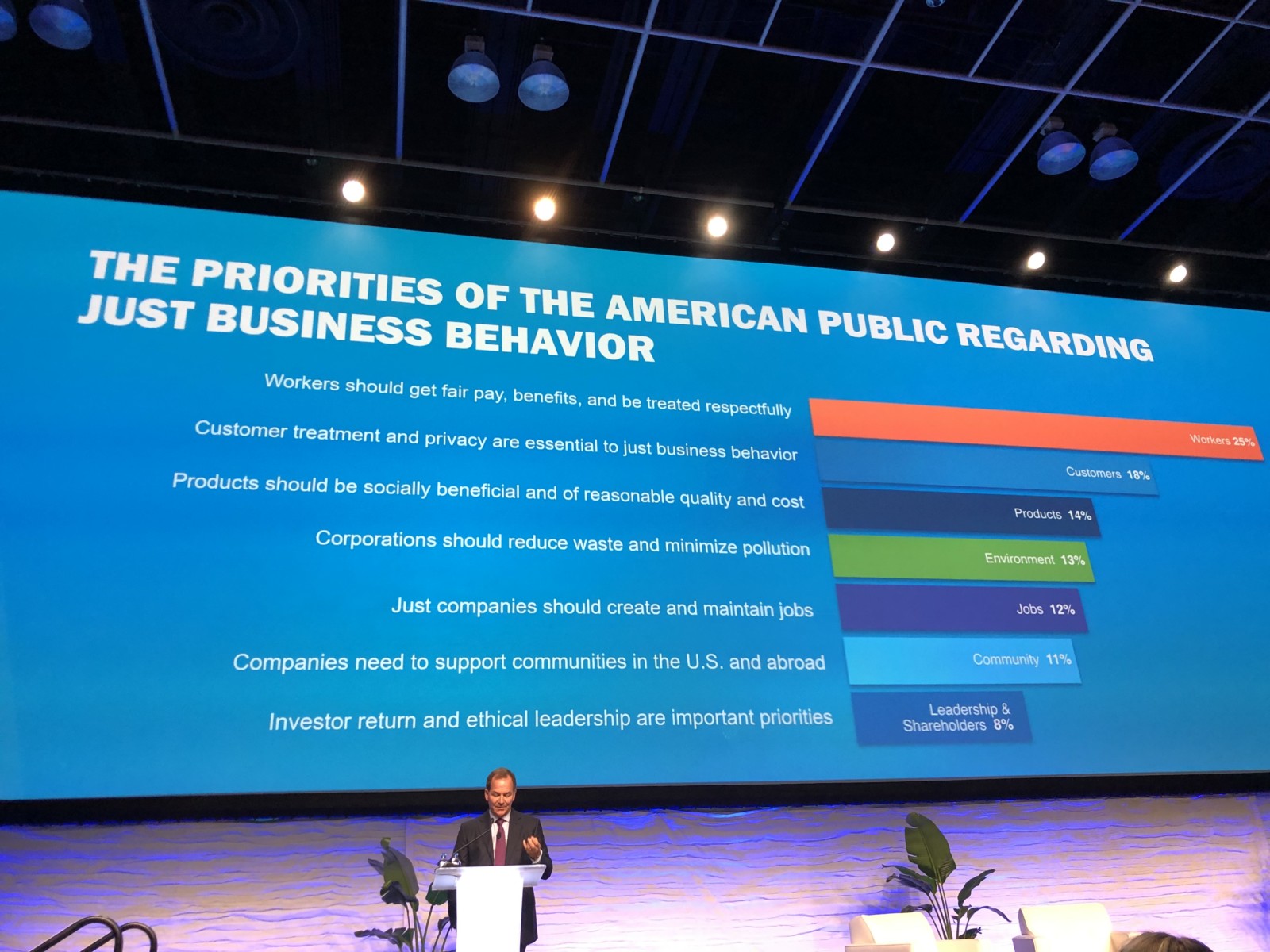 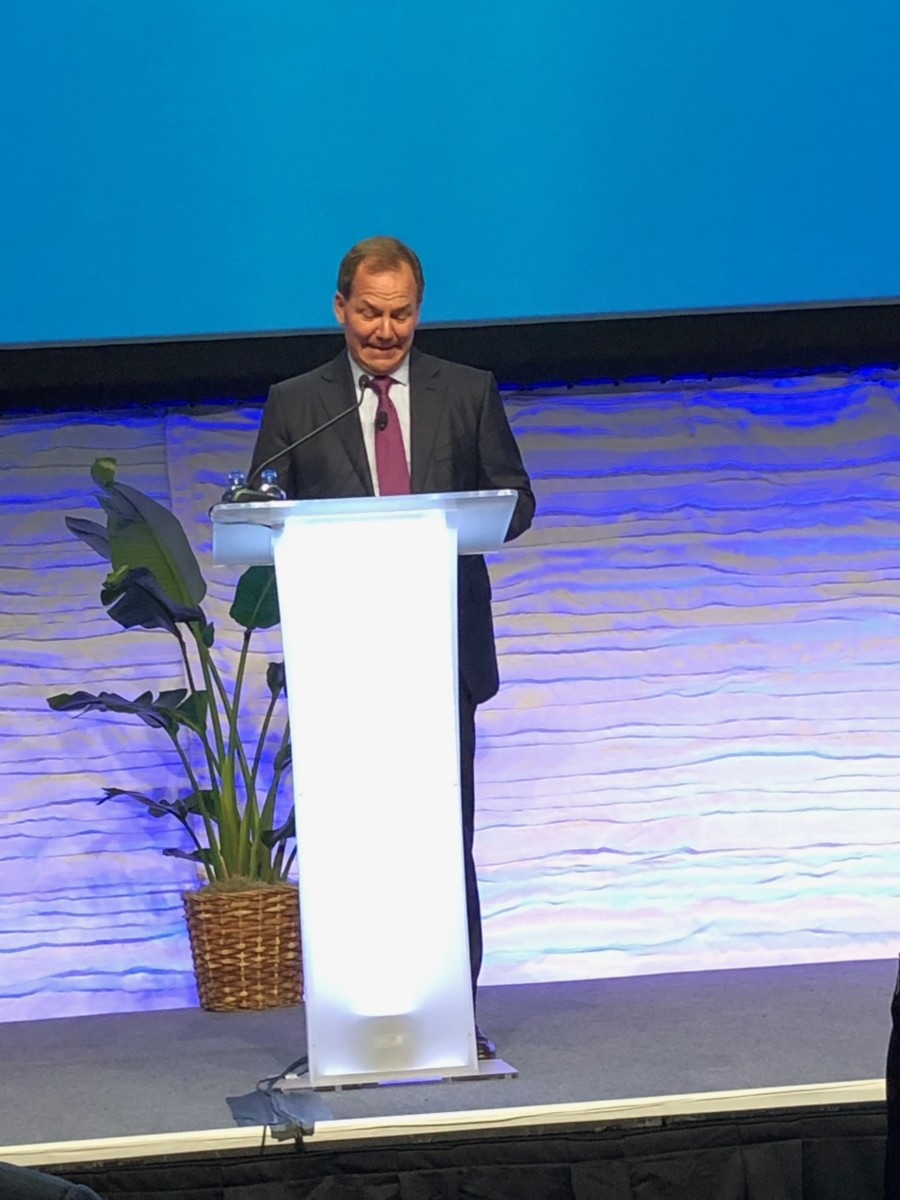 Me and Joe Montana, aka comeback kid: 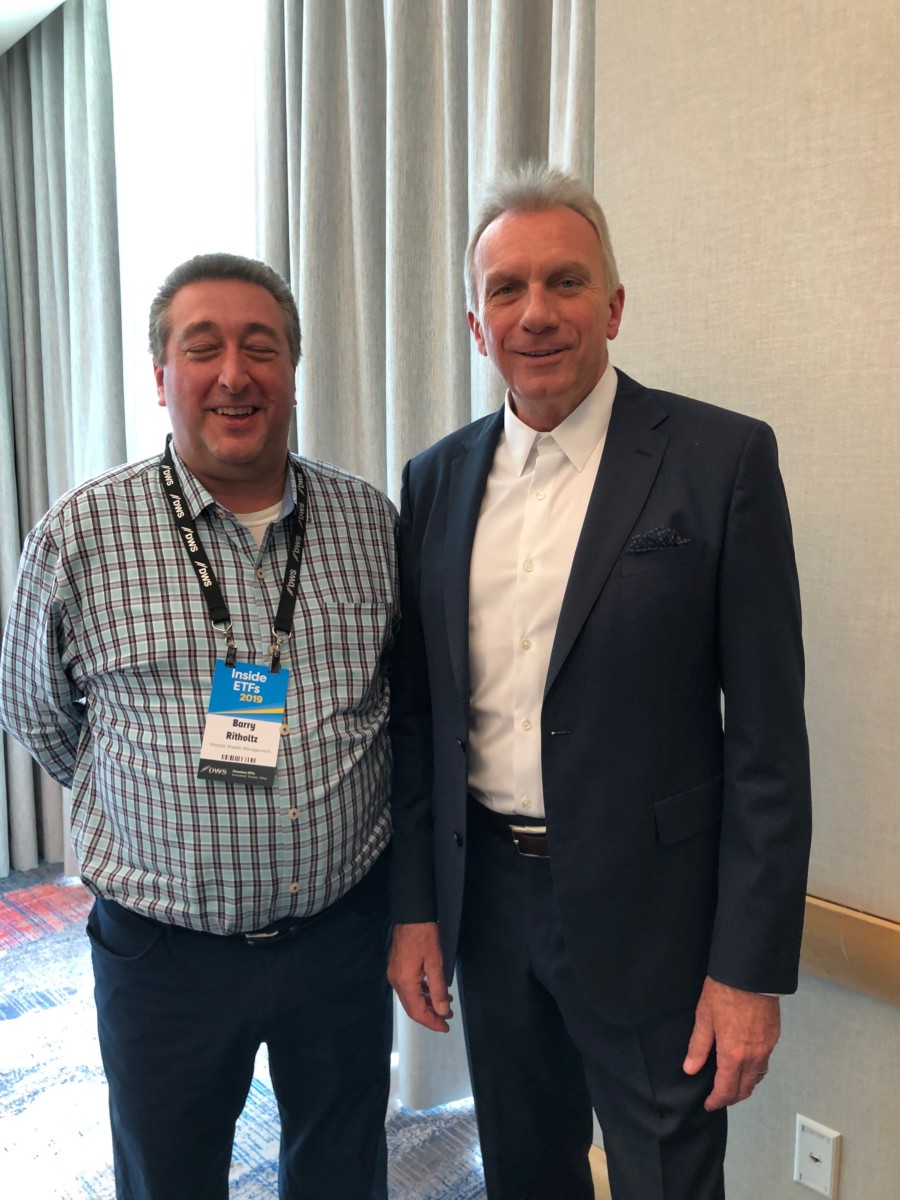 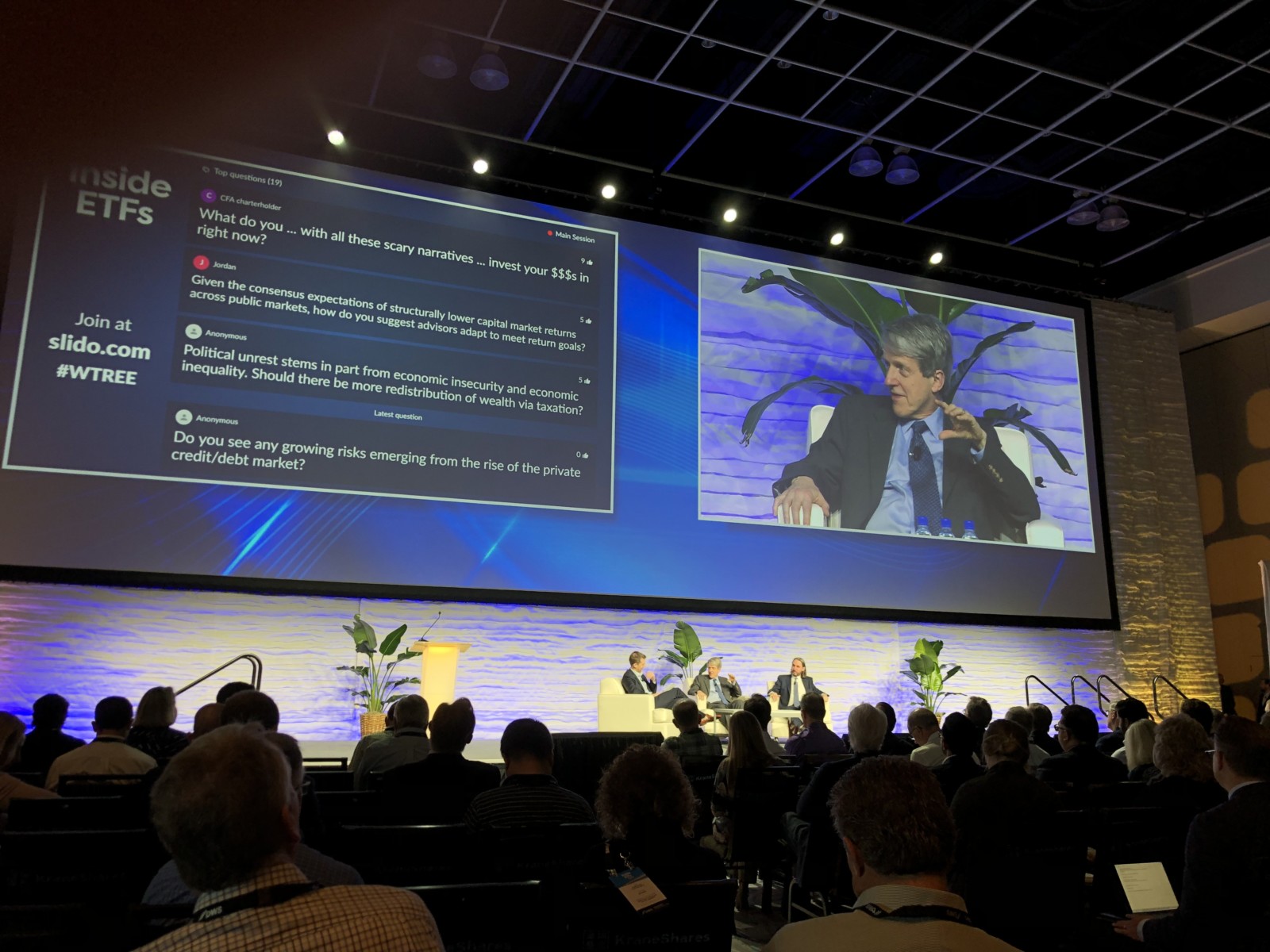 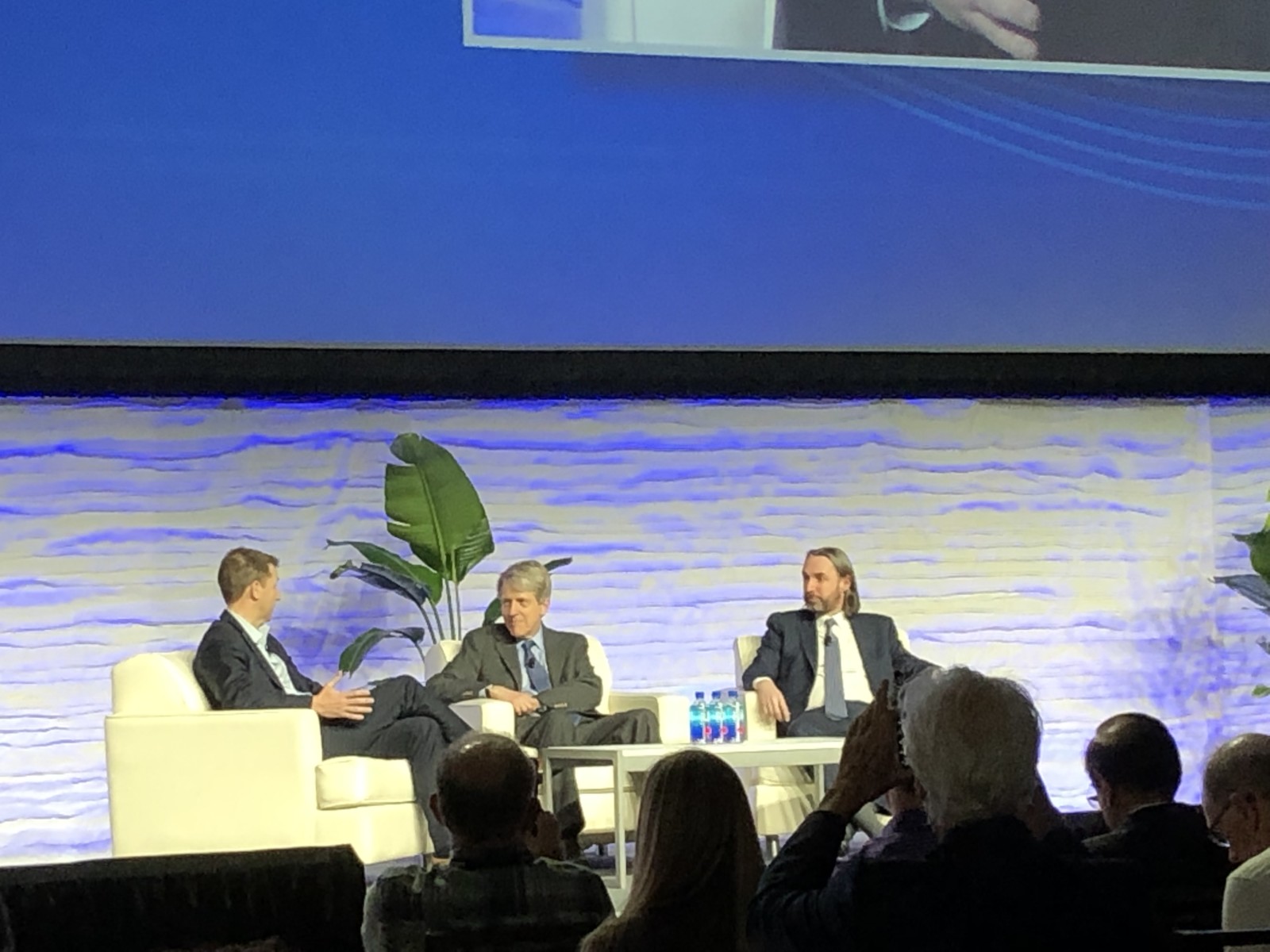 The view from upstairs at night:

Josh wrapped up the show on Wednesday 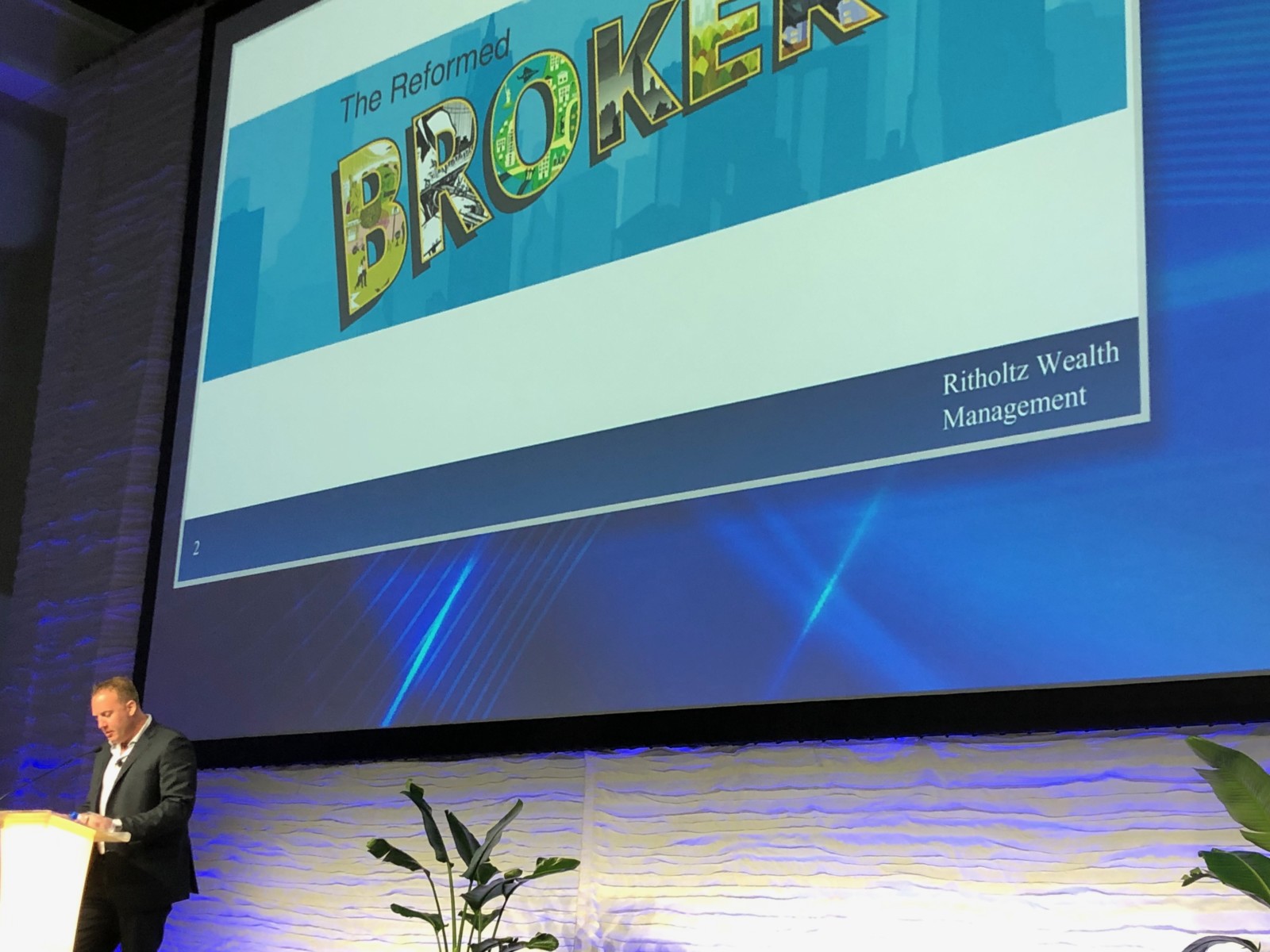 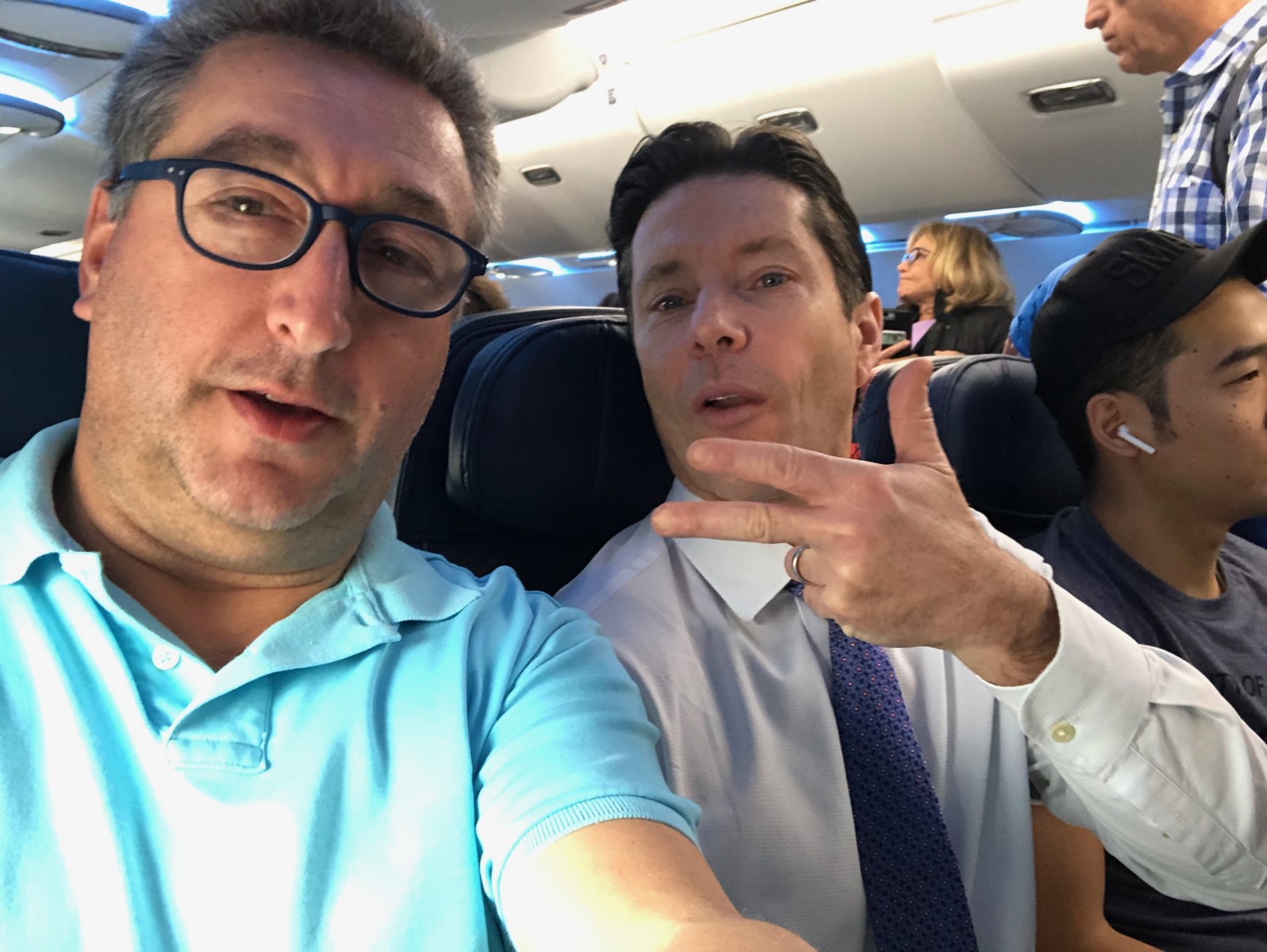