A throwaway line at the very tail end of a NY Fed blog post unfortunately got picked up lickety-split by all manner of Debt Fear Mongers,® as well as some mainstream media.

The line – literally in the last graf of a post, said this:

“Although rising overall delinquency rates remain below 2010 peak levels, there were over 7 million Americans with auto loans that were 90 or more days delinquent at the end of 2018. That is more than a million more troubled borrowers than there had been at the end of 2010 when the overall delinquency rates were at their worst since auto loans are now more prevalent.” (Emphasis added)

That delinquency rates are still “below 2010 peak levels” was, of course, overlooked in favor of the more dire warning about the absolute number of serious delinquencies. Note there are more people today than a decade ago, and the robust expansion since 2009 means there are more auto sales and more loans — record levels in fact.

Cue the Armageddonistas, who were on this quicker than Art Laffer on a tax cut. And, sadly some mainstream media played along:

BREAKING: A record 7 million Americans are 90 days+ behind on their auto loan payments, a red flag for the economy, @NewYorkFed reports.

It’s a million more people behind than during the financial crisis era. Many are under 30 years old.

Having read the report and spoken to one of its authors, I find the fear mongering over this one data point a bit overdone. As a reminder, our humble host noted in 2016 that Subprime Auto Loans Are Not Like Subprime Mortgages.

Are there challenges facing us? Of course, there always are, but this is hardly the most pressing among them. For starters, the percent of borrowers who are seriously delinquent, while rising, is not at its previous high: 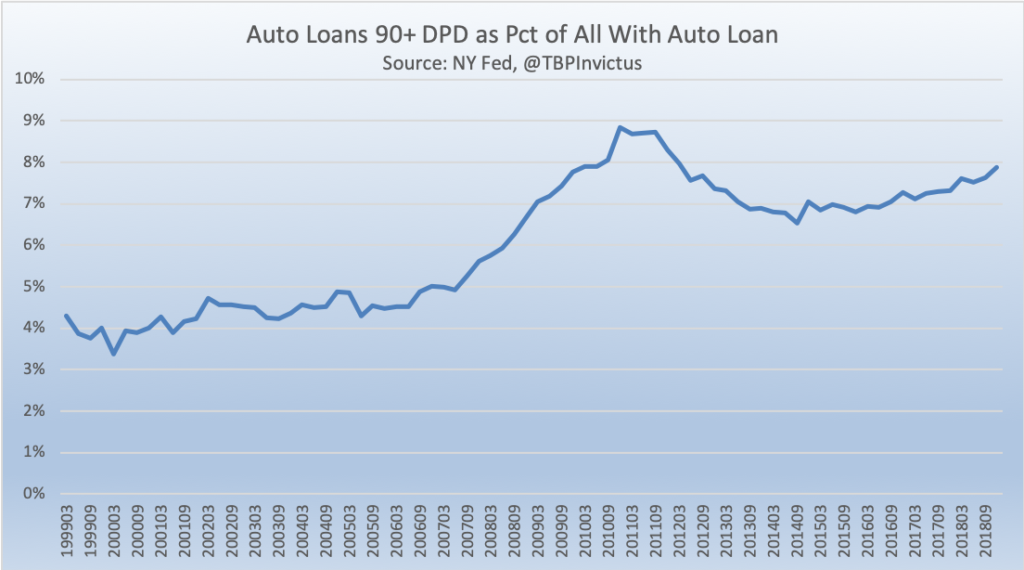 Beyond that, there were a couple of seemingly very positive items flagged that have been glossed over. To wit:

• The number of credit inquiries within the past six months – an indicator of consumer credit demand – declined to the lowest level seen in the history of the data.
• Account closings were at their highest level since 2010.

Let’s keep in mind, too, that repossessing a vehicle is a fairly straightforward and short process versus foreclosing on a home. And while banks can’t (yet) keep those delinquent on their mortgage out of their homes, remote vehicular “kill switches” are one way auto lenders are keeping borrowers in line. 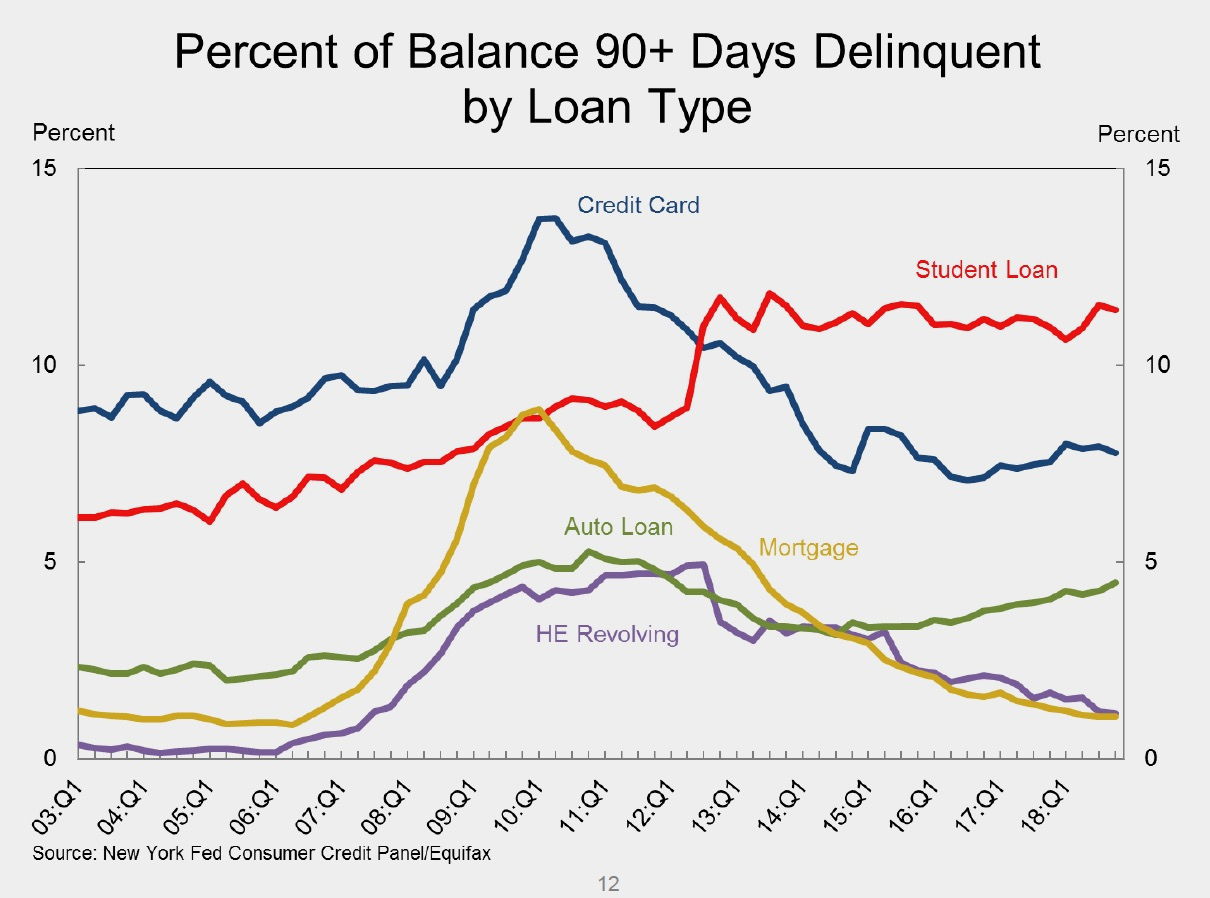 Bottom line, in the interest of keeping this short and sweet: Overall, there was nothing in this report that should be panic-inducing. Context and perspective, as always, are paramount. Fear mongers are latching on to any and every economic wart that feeds their narrative. Doing your homework is the best way to ensure you’ve got a good understanding of exactly what’s going on. Fear sells and makes great clickbait.

While this is not a lie getting halfway around the world before the truth puts its pants on, it is nonetheless misleading.

A Visit to ETF Land