The $4 trillion drop in Americans’ net worth in Q4 was the single largest quarterly dollar drop on record. As a comparison, the U.S. bear market losses from 2007-2009 = $11 trillion dollars. Markets are now 4X as large, so a 20% drawdown is a third as large as a the peak to trough GFC drop.

You can get this and all of the details from the Z.1 Financial Accounts of the United States:

“The net worth of households and nonprofits fell to $104.3 trillion during the fourth quarter of 2018. The value of directly and indirectly held corporate equities decreased $4.6 trillion and the value of real estate increased $0.3 trillion.” 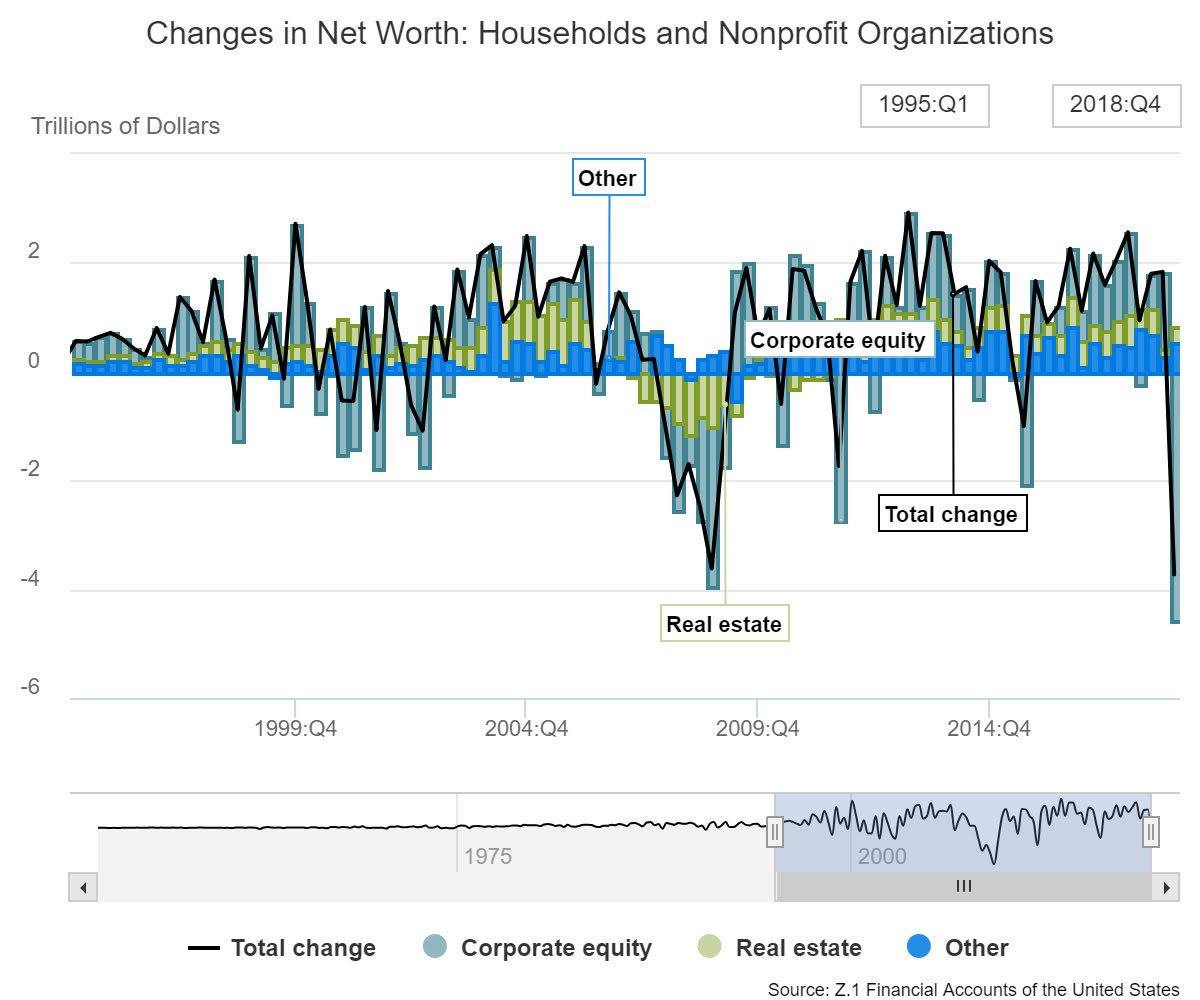