I have never been in the camp that believes Demographics drive everything. Harry Dent and others have long argued this is the primary macro driver of future economic activity. Regardless, births in the U.S. have fallen in 10 of the last 11 years since peaking in 2007.

The disturbing trend sees the USA following Europe and of course Japan in its falling birthrates. In the USA, we historically have had immigration to drive population growth, but under the current administration, that is at risk.

“The number of babies born in the U.S. last year fell to a 32-year low, deepening a fertility slump that is reshaping America’s future workforce.

About 3.79 million babies were born in the U.S. in 2018, according to provisional data from the Centers for Disease Control and Prevention’s National Center for Health Statistics. That was a 2% decline from the previous year and marked the fourth year in a row that the number fell. The general fertility rate—the number of births per 1,000 women ages 15 to 44—fell to 59.0, the lowest since the start of federal record-keeping.”

In our MIB conversation, Ivy Zelman said about studying birth rates: “A lot of people see the national birth rate for the country is going down. But when you look at the 25-plus year old women, that birth rate has been growing at a very fast rate. We call it the good birth rate. Because nationally, birth rates are going down because teenage birthrates are down over 50 percent since ’07.”

Still, this chart is rather telling: 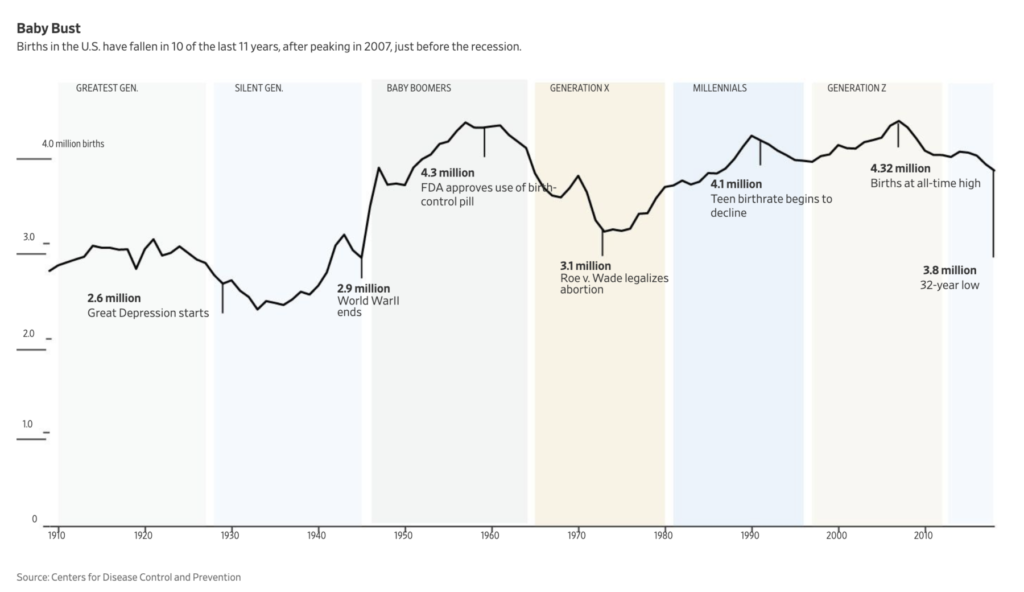 Update One: Births by States 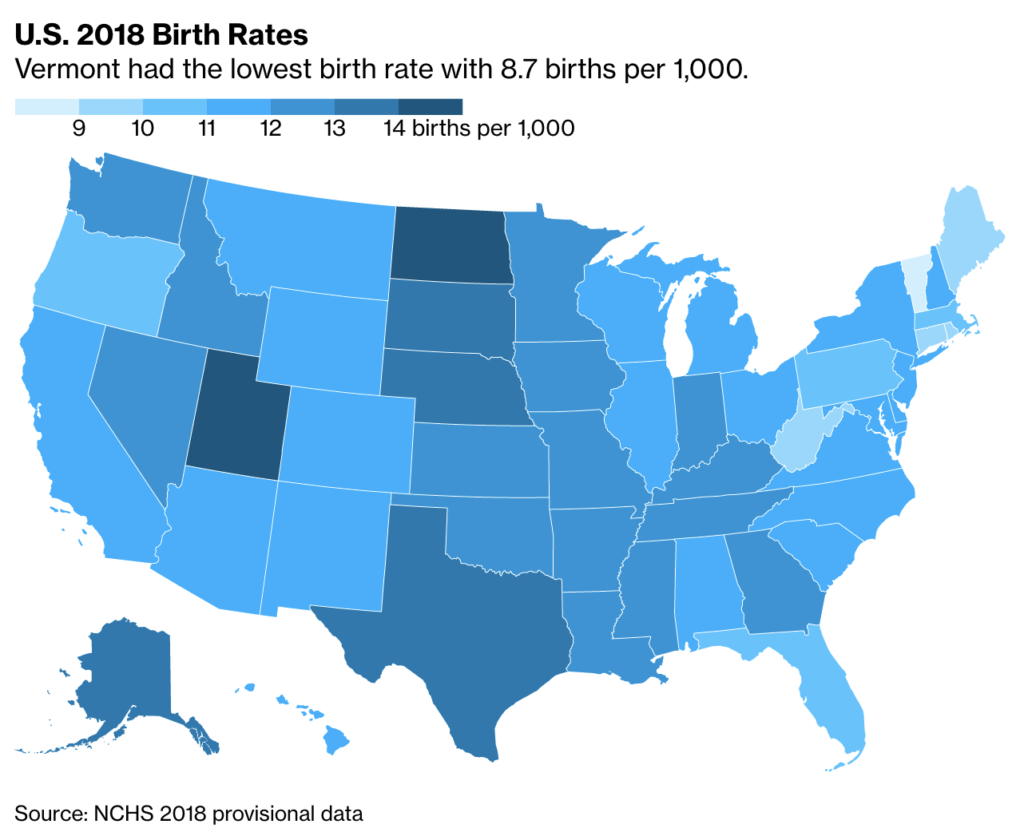 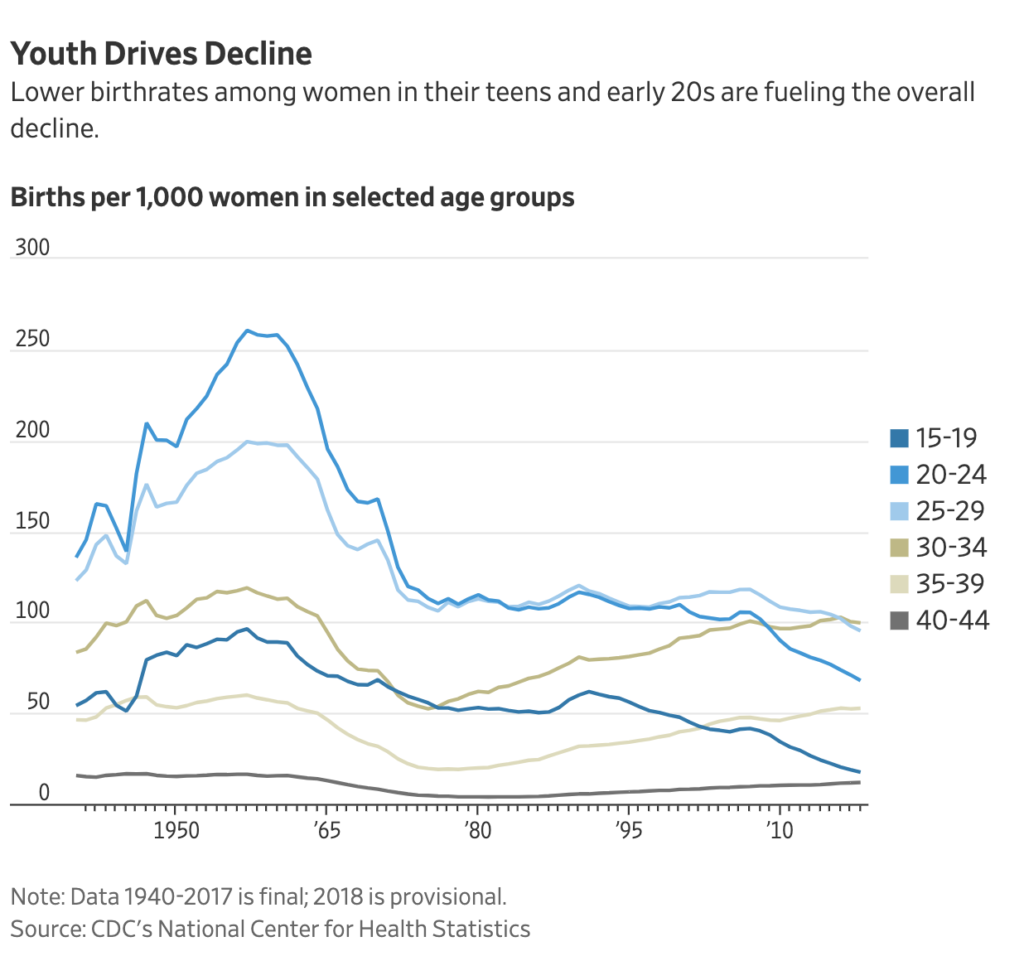 MIB: A Guitarist on Taking Care of Business