Felder is a Rock and Roll Hall of Fame inductee and writer of the Eagle’s biggest hit, Hotel California — #3 on the all time best-selling albums. The Eagles are the only band that have 2 albums in the top 10 best sellers (The Beatles have two in top 20).

He is proud of his ongoing charity work for the likes of the Starkey Hearing Foundation.

His latest album is “American Rock ’N’ Roll.” The album was an opportunity to jam with some of his closest musical pals, including Sammy Hagar, Slash, Richie Sambora, Peter Frampton, Joe Satriani, Mick Fleetwood,  Bob Weir, and more.

He tells the story of how he wrote the music to Hotel California — about a year before the band recorded it. The album Hotel California was an attempt to move the band away from the Soft Country genre and more towards a harder Rock sound. He created a guitar duel for the song so he could play with his pal and new band member, Joe Walsh. Felder also tells about crafting a new intro for the song for their live MTV acoustic show.

You can stream/download the full conversation, including the podcast extras on Apple iTunes, Bloomberg, Overcast, and Stitcher. All of our earlier podcasts on your favorite host sites can be found here.

Next week we speak to Dave Goetsch, executive producer and writer of CBS’ The Big Bang Theory, the highest ranked sitcom on TV.  After a 12 year run, the show’s series finale airs this week.

In Search of the Miraculous by P. D. Ouspensky 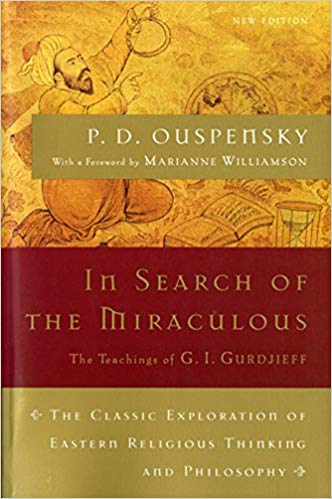