The weekend is here! Pour yourself a mug of Blue Bottle coffee, grab a seat on the aisle, and get ready for our longer form weekend reads:

• Charlie Munger, Unplugged (Wall Street Journal)
• Uber IPO: Inside The 2008 Pitch That Birthed An $80 Billion Startup (Forbes)
• Princeton Looks to Break Up the White Male Money Monopoly: The university’s $25.9 billion endowment moves (slowly) to hire managers owned by women and minorities. (Bloomberg)
• Rooms With a View (and How Much You’ll Pay for Them): The best views in New York City come at a premium. (New York Times)
• The price of plenty: how beef changed America. (The Guardian)
• The Billionaires’ Guide to Hacking the Planet (Pacific Standard)
• How a Chinese Scientist Broke the Rules to Create the First Gene-Edited Babies (Wall Street Journal)
• The Nature Cure: Science’s Newest Miracle Drug Is Free (Outside)
• Black, Hot Ice May Be Nature’s Most Common Form of Water: A new experiment confirms the existence of “superionic ice,” a bizarre form of water that might comprise the bulk of giant icy planets throughout the universe (Quanta)
• How golf explains Trump. Seriously. (Vox)

Be sure to check out our Masters in Business interview this weekend with Don Felder, lead guitarist of The Eagles. The Rock and Roll Hall of Fame inductee and writer of their biggest hit, Hotel California, spent many years with the classic band, which sold  over 150 million albums worldwide. His latest album is “American Rock ’N’ Roll.”

US tariff levels rise to 7.5%, higher than many emerging markets 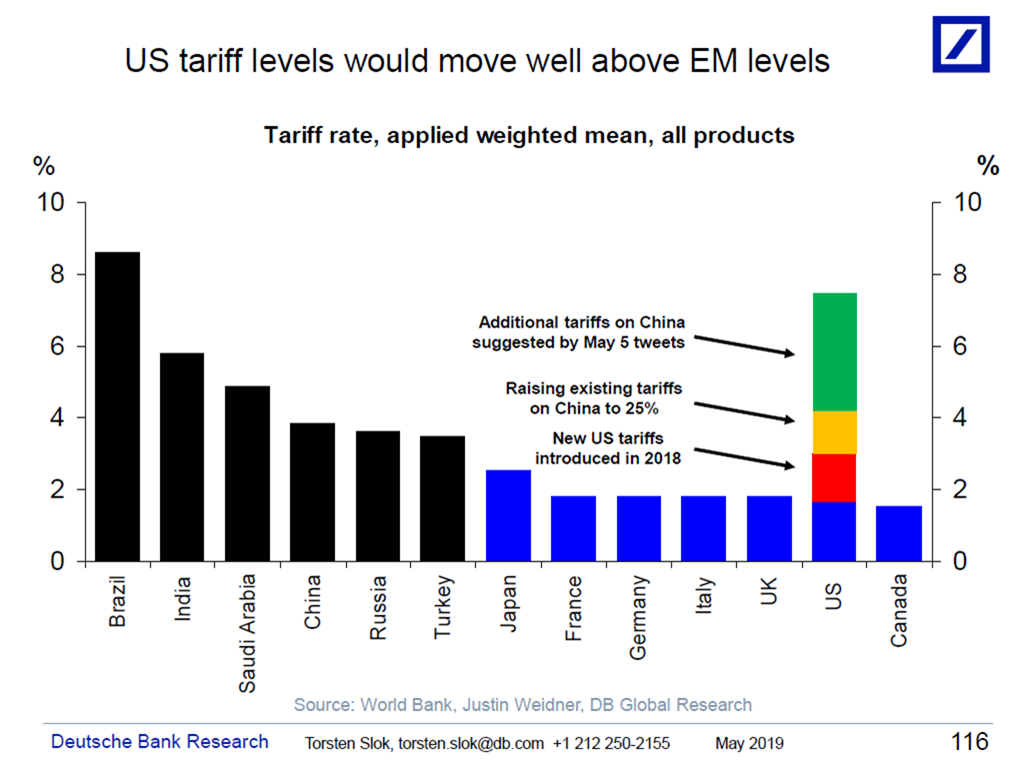 Succinct Summation of Week’s Events for 5.10.19