This is quite amazing via Bloomberg:

“The industry that gave rise to investing titans Peter Lynch, Bill Miller and Bill Gross is facing an existential crisis.

For years, mom-and-pop investors frustrated by high fees and subpar returns from big-name money managers have been shifting their savings into ultra-cheap funds that simply mimic the returns generated by benchmark stock and bond indexes. Passive investing, as it is known, was in. Active was out.

At first, few noticed the trickle of money out of funds run by star money managers into cheaper index products. But now, no one can ignore the flood. The exodus from active funds has sent fees inexorably lower, led to the loss of thousands of jobs and forced large-scale consolidation among firms. That’s pushing the industry, with $74 trillion in assets as measured by Boston Consulting Group, towards a shakeout where only the strongest will survive.”

The graphic tells the story: 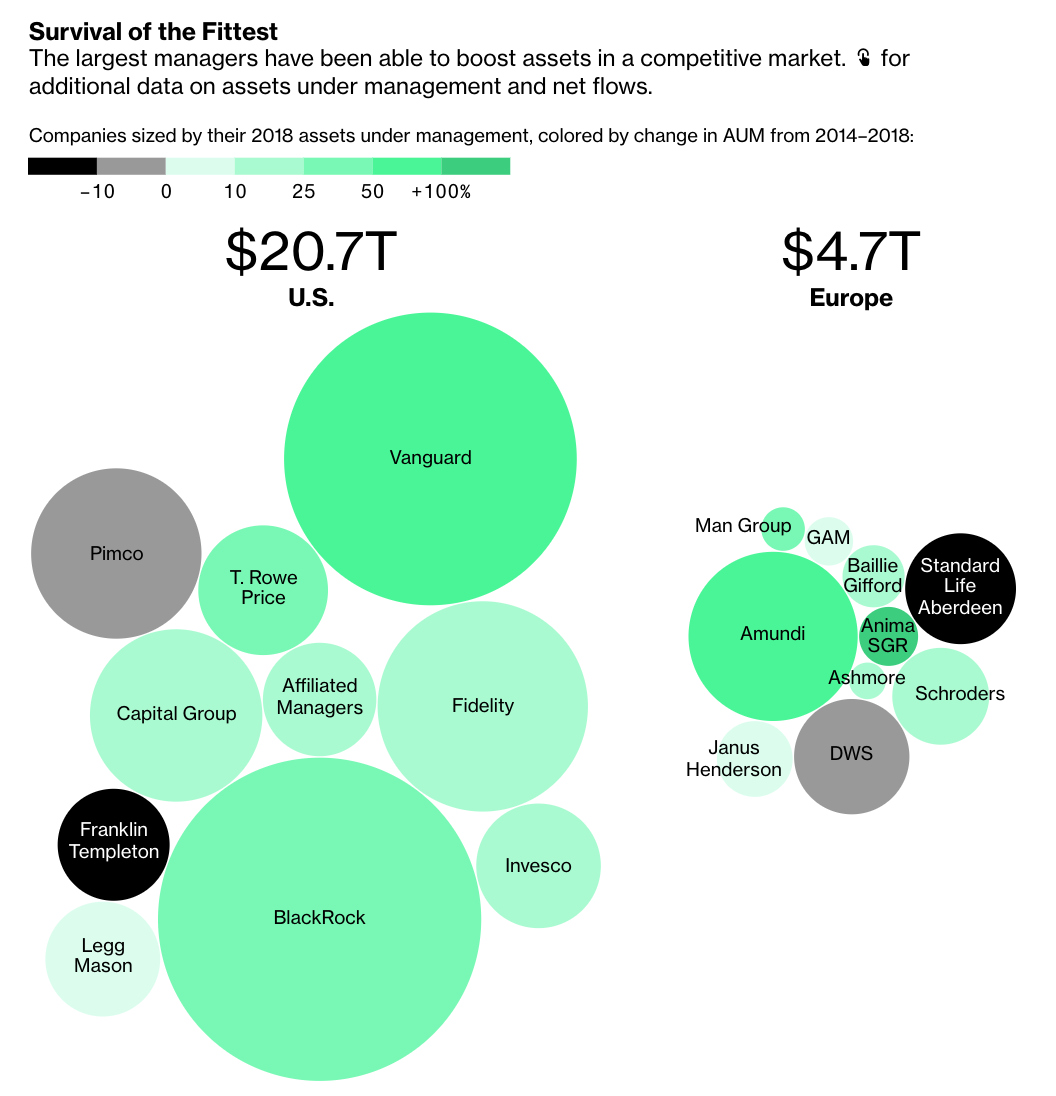