I was away last week when this monster piece came out in the WSJ. This issue has intrigued me since 2007, but for those of you not up to speed on the CRAs, here is a quick reminder:

Post 9/11, the Greenspan Fed slashed interest rates to 1%. Bond managers were under intense pressure to generate yield; their clients, notably large tax-exempt Foundations (and others), had a 5% payout distribution bogie to meet, lest they be forced to dip into their capital. This sent the fixed income shops on a mad scramble to find higher yielding investment grade paper. Never mind the mathematical improbability of “safe as Treasuries, but paying 250 basis points more,” there was huge demand to be met.

Enter the CRAs. Moody’s, S&P and others slapped investment grade ratings on junk-filled securitized paper because that was their jobs: they were literally paid to do so by issuers and underwriters. Underwriters found they could shop for triple AAA ratings – if Moody’s refused to provide a desired rating, then S&P would (and vice versa). When it all went south, the CRAs made feeble attempts to claim these business transactions as “protected political speech” under the First Amendment. These arguments failed, eventually leading to fines for their malfeasance. S&P paid $1.5 billion to settle with the U.S. and individual states; Moody’s paid a much lower fine. 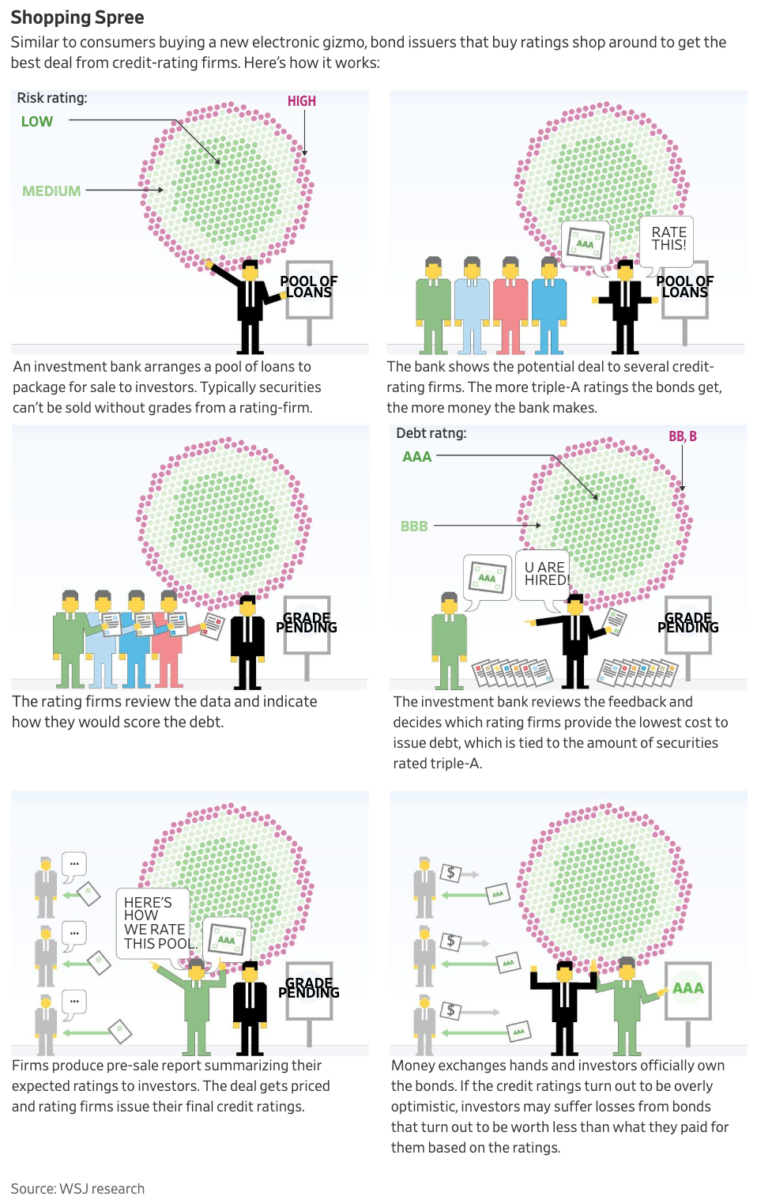