In the process of assembling the morning reads (sign up here!), I come across lots of really interesting things. A perfect example is these sets of charts via More in Common (hat tip Brent X Donnelly).

These show the “exhausted political majority” of America, driven to annoyed distraction by the extreme partisan wings of the country’s outlier political groups — 25% on the far right and the 8% on the far left — are really vexing to the 67% (literally 2/3rds) of the rest of the country : 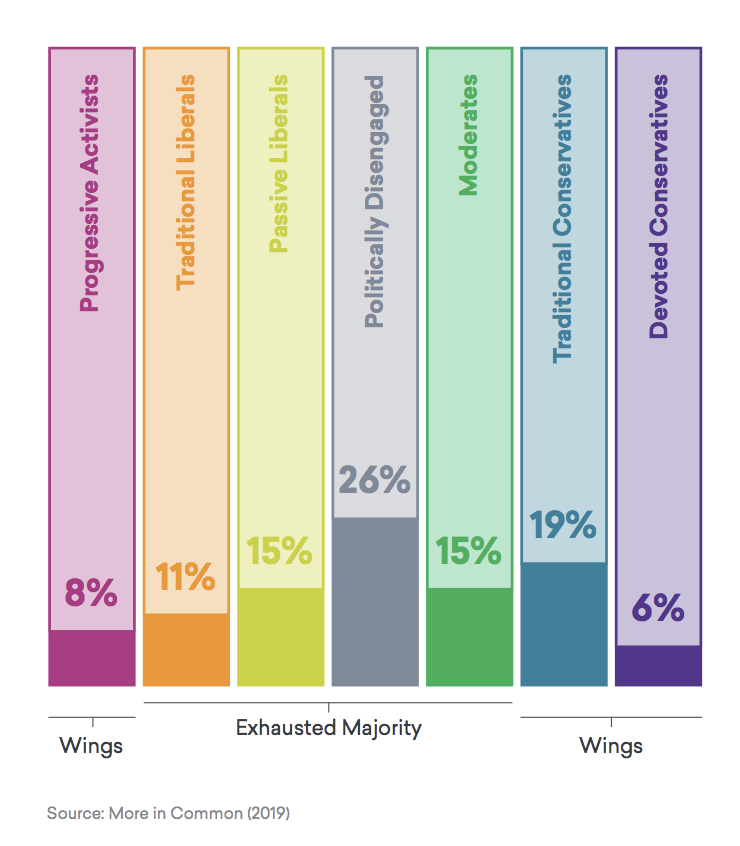 Here is another example of an underreported datapoint: The perception gap, or how the left and right (mis)see each other: 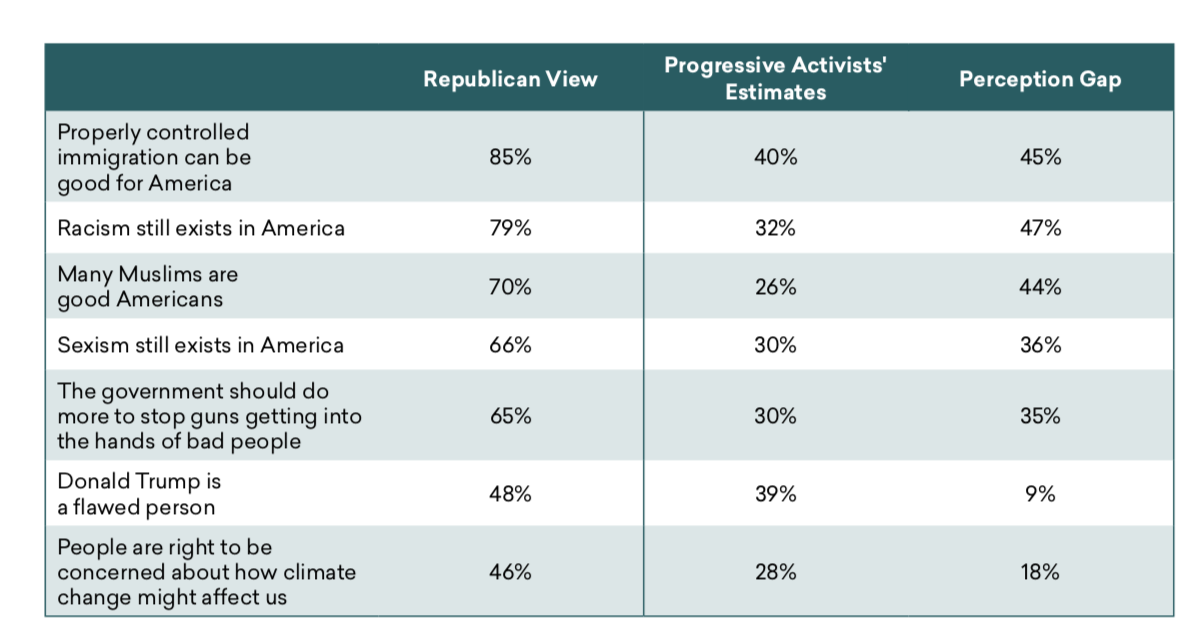 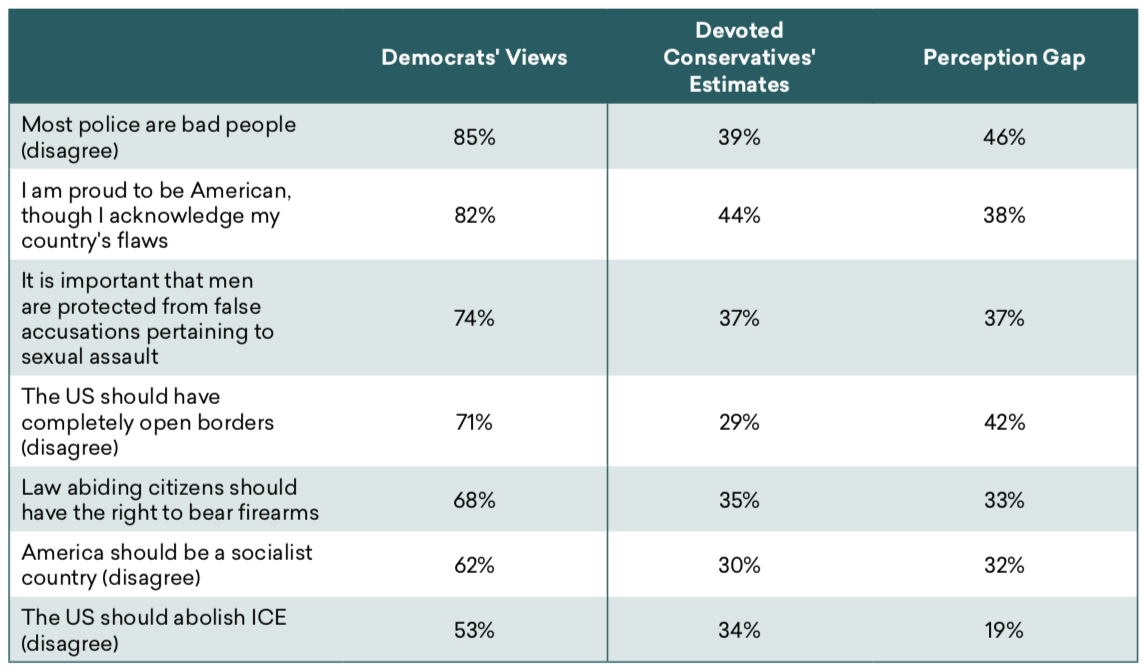 The Illusion of Explanatory Depth