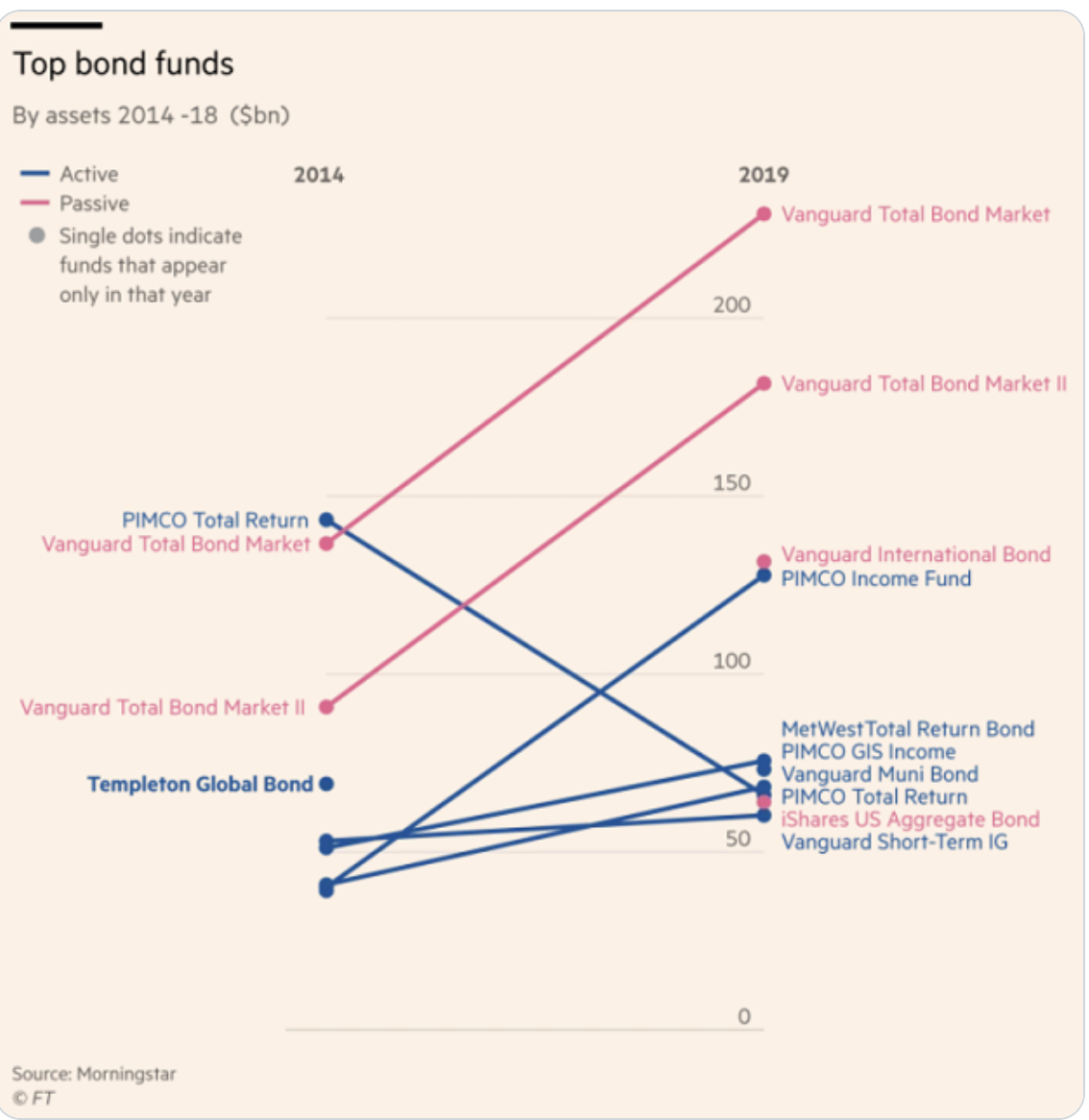 Talk about burying the lede: In a longish Financial Times piece about Franklin Templeton’s star bond fund manager Michael Hasenstab, a graphic mentioned in passing some of the changes in bond fund league tables since 2014.

Over that period, Vanguard became the home of the world’s 3 largest bond funds, and 5 of the top 10 bond funds. (Hat tip to @NateGeraci who spotted this).

The other 5 funds in the top 10 include 2 PIMCO funds, a Met West, Franklin Templeton and an iShares fund.

The “Vanguard Effect” — the company’s influence on other funds to lower their fees to be competitive — will likely to continue driving fees lower in the fixed income space, despite the modest yield.