• Unprofitable Companies Are Raising the Most IPO Cash Since the Dot-Com Era. (Bloomberg)
• The 10 Most Toxic Philanthropists (Worth)
• Fed: What the Rise of Passive Is Doing to Markets (Institutional Investor)
• Mutual-Fund Ratings Are Often Based on a Decade’s Results. That’s Too Short. (Wall Street Journal)
• What the ‘Crane Index’ Says About Your Changing City (City Lab)
• In the Decade Since Madoff, Ponzi Schemers Try New Tactics (New York Times)
• How WeWork’s “fiasco” could threaten Silicon Valley’s rich and powerful (Vox)
• Balance of power: The Economic Consequences of the Peace at 100 (Nature)
• The Oceans We Know Won’t Survive Climate Change (The Atlantic)
• The Most Beautiful Ferrari in a Decade Pays Tribute to Racecars Past (Bloomberg)

Be sure to check out our Masters in Business interview this weekend with Academy Award winning producer Brian Grazer. His film and television credits include A Beautiful Mind, Apollo 13, Arrested Development, 8 Mile, Splash, Backdraft, Liar Liar and The Da Vinci Code; His TV productions include Arrested Development, Sports Night, and 24. His new book is Face to Face: The Art of Human Connection.

Roots in Tech, Netflix is now an Entertainment Company 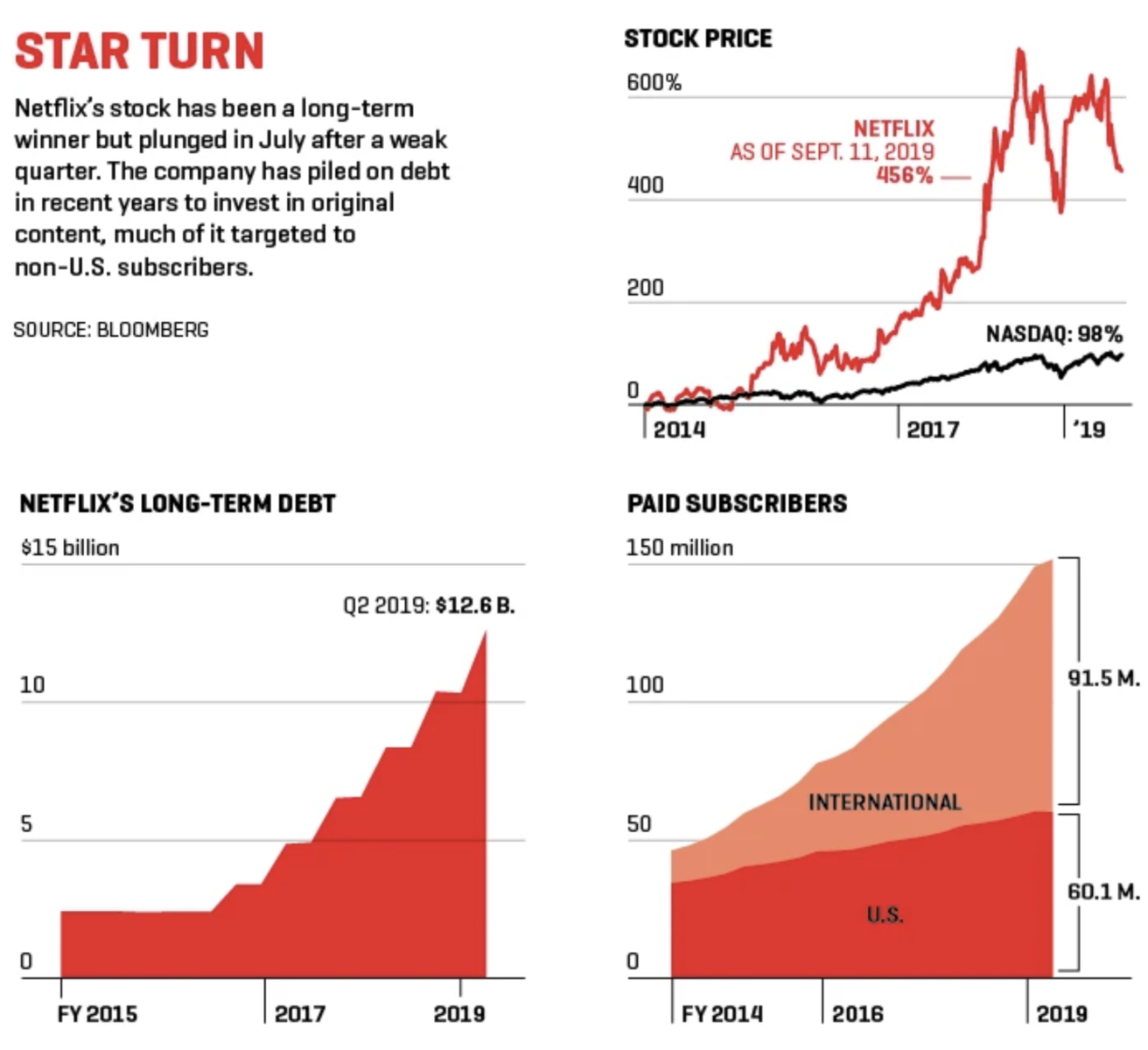