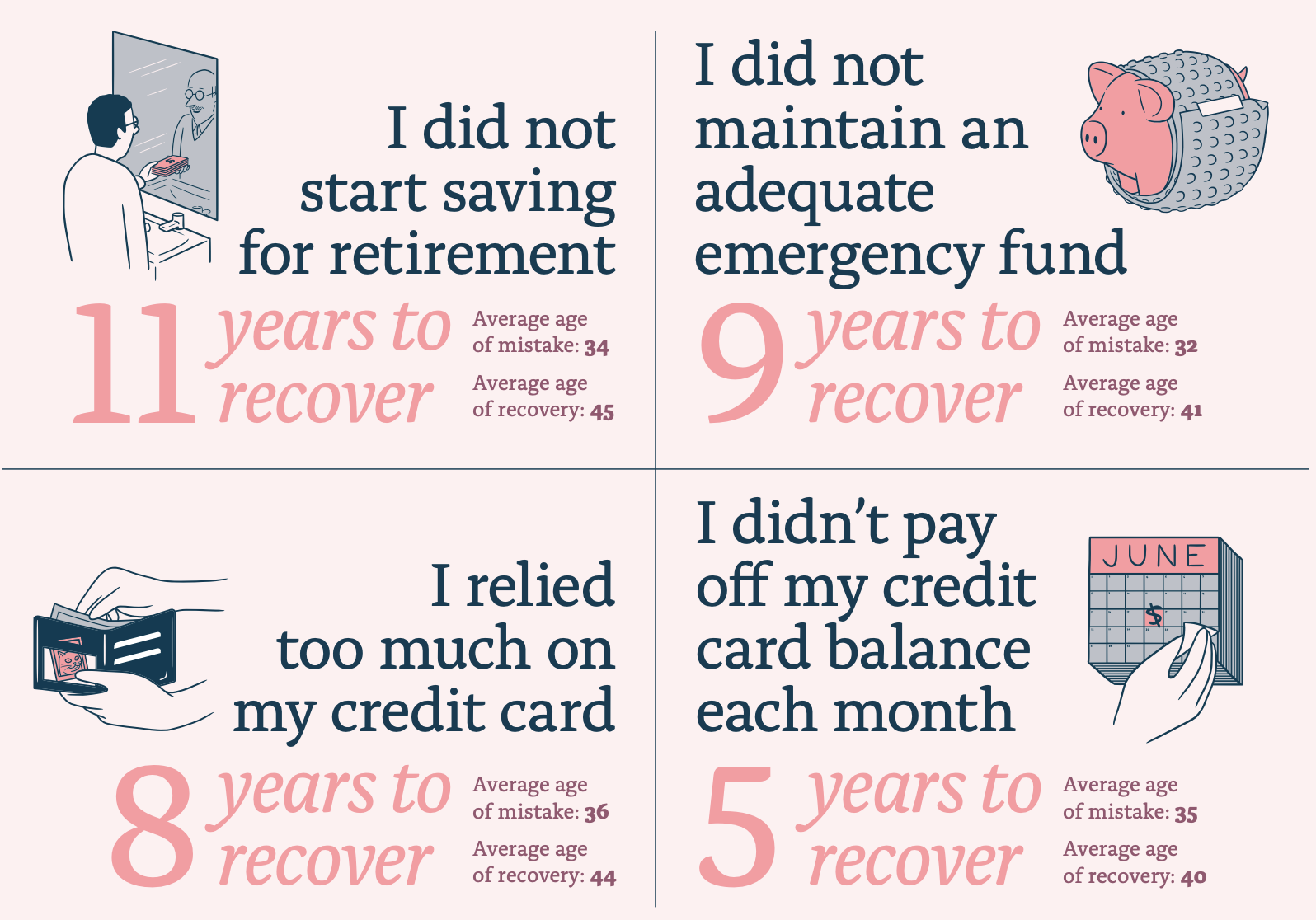 A survey of over 2000 people by life insurer giant New York Life (via IBD) notes several financial regrets that many people seem to share.  The key bullet points:

• Not saving soon enough for retirement.
• Relying too much on a credit card.
• Not paying off credit card debt monthly.
• Taking on too much student loan debt.
• Not setting aside enough money for an emergency.

Perhaps the most interesting takeaway is that lots of people seem to beat themselves up for making mistakes. “Financial mistakes are normal. The key is learning from them.”

That sentiment is very consistent with what so many MIB guests have said: All of the Venture Capitalists explain why their failure to success to ratio is so high and how it presents learning opportunities; many equity investors discuss why their position sizing is based on the idea that any given investment thesis will be wrong and potentially disastrous. They anticipate mistakes, and expect to be wrong.

Ray Dalio’s entire process is based on the expectation that he (and anyone else at Bridgewater) will make mistakes. Their JiuJitsu is the ability to turn errors into a process of improvement and for growth. “Dalio looks at failures — from ordinary flops to major disasters and every error in between — as fodder for future gains. Every error is an opportunity to learn something new, to get better at what you do. His “Principles” are what came out of his public failure.”

It is never too late to learn from your mistakes, and to become a smarter, better investor. If I have learned anything after ~twenty-five years in this industry, it is exactly that. I changed my entire business model after clueless me belatedly realized I was engaging in a giant decades-long — and ongoing — error. That pivot made a big difference in my career.

The sooner you begin to accept mistakes are inevitable, stop beating yourself up over them, and just fix what is not working, the faster the compounding can start.