These charts are brutal: 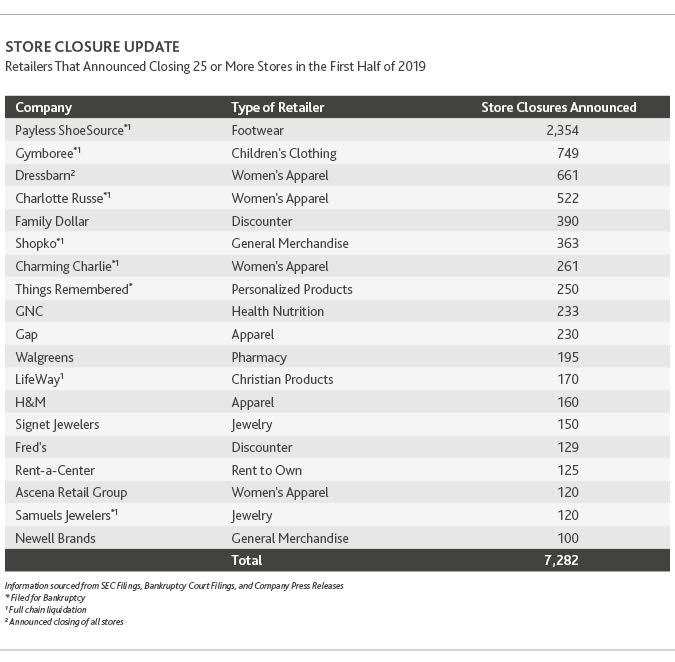 This is pretty astonishing:

“The pace of retail bankruptcies in 2019 to date is accelerated compared to what we observed in late 2018. The 2018 holiday season failed to meet expectations, with December retail sales dropping 1.6% from the month prior—the weakest sales performance since December 2009. Last year’s lackluster holiday season contributed to 10 retailers filing for bankruptcy in 2019’s first quarter alone, including Payless, Gymboree and Charlotte Russe. The bankruptcies of just these three retailers led to the closure of roughly 3,700 stores. Several retailers also filed in July and August, including Charming Charlie, Barney’s, A’gaci and Avenue Stores”. 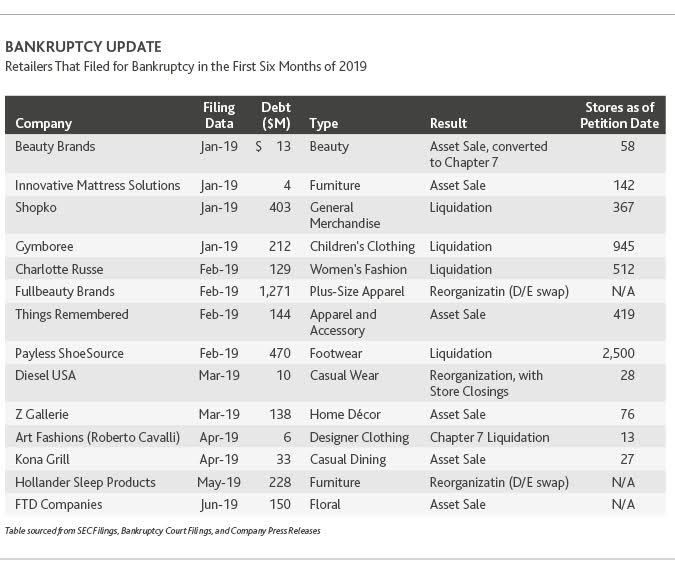