• 50 Companies to Watch in 2020 (Businessweek)
• 90 Years After ‘Black Thursday’ We Now Know This (IBD)
• Trouble Brews for American Companies That Gorged on Cheap Credit (Businessweek)
• U.S. Military Could Collapse Within 20 Years Due to Climate Change, Report Commissioned By Pentagon Says (Vice)
• ‘Peak Car’ Is Holding Back the Global Economy (WSJ) see also Should we outlaw SUVs? They are an enormous cause of emissions, and deadly to pedestrians? (Fast Company)
• How steak became manly and salads became feminine (The Conversation)
• Democrats Face Their Fears in Wisconsin (Bloomberg)
• United States of America v. Rudolph W. Giuliani (Just Security)
• J.S. Bach the Rebel: The subversive practice of a canonical composer. (Lapham’s Quarterly)
• The 20 defining comedy sketches of the past 20 years, from Rick James to ‘Lazy Sunday’ (Washington Post)

Be sure to check out our Masters in Business interview this weekend with Nobel Laureate Michael Spence, discussing his work on the dynamics of information flows and market structures, and his book, The Next Convergence: The Future of Economic Growth in a Multispeed World.

Trouble Brews for American Companies That Gorged on Cheap Credit 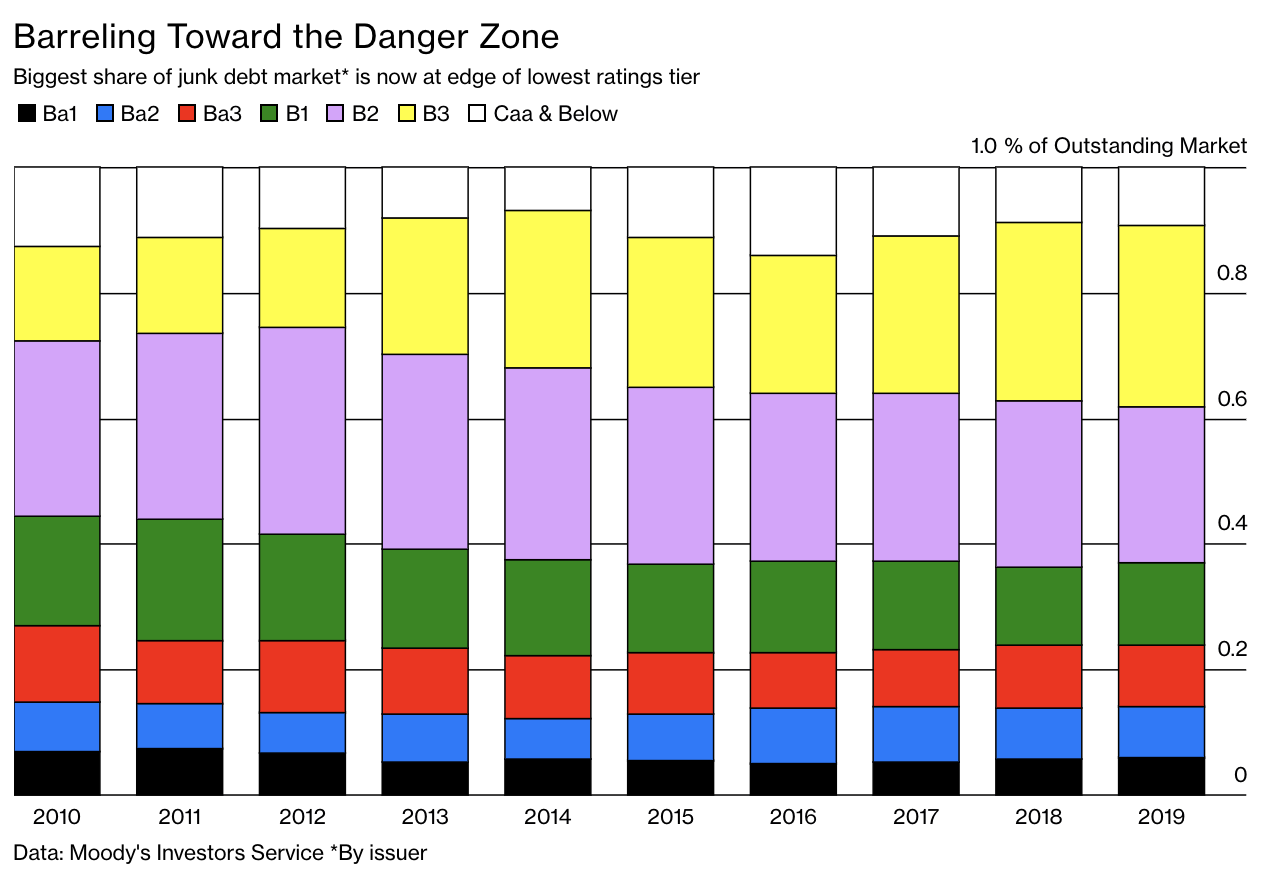 What is an “Investable Asset Class”?