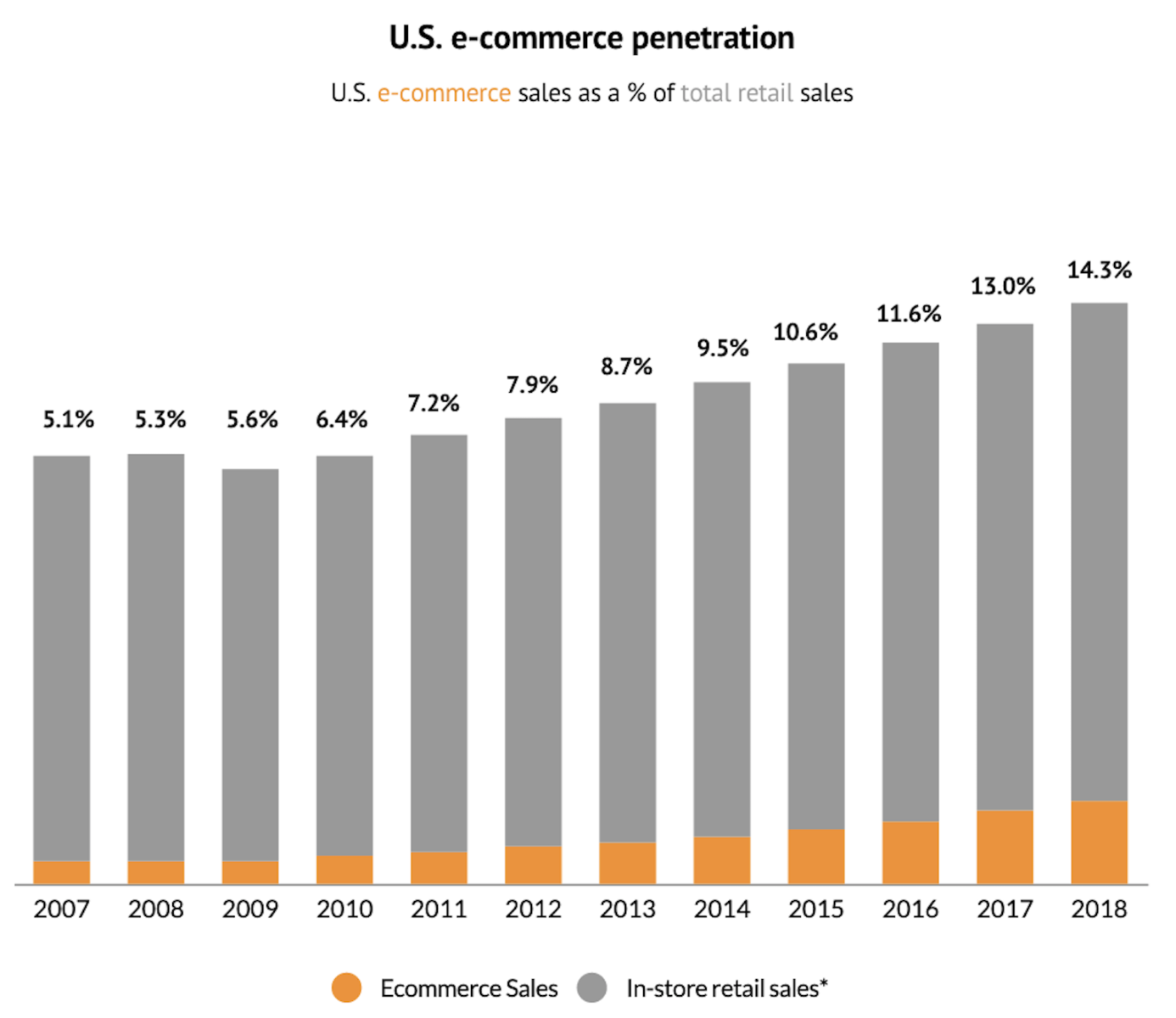 Now that Shopmas® has arrived, the retailers various trade associations are out spinning information is in full force. The lack of context and outright misinformation can be overwhelming. It calls for a little data to put this into more proper context.

Note the brouhaha over online records are a mix of actual data, surveys, and predictions. We still do not know everything about Black Friday or the weekend yet, Astonishingly, the media falls for this bullshit every year.

In 2018, the last year of complete data including holiday shopping, online dales totaled $517 billion out of total retail sales of $3.62 trillion. 2018 saw online retail sales in the U.S. pass half a trillion for the first time ever. That is about double what it was a decade ago.

Yes, E-commerce is growing quickly, with half of the increase coming from Amazon.com. But it is only one of many factors, and it is impacting profitability tremendously. But as noted Friday, America has been wildly overstored for at least 2 decades. 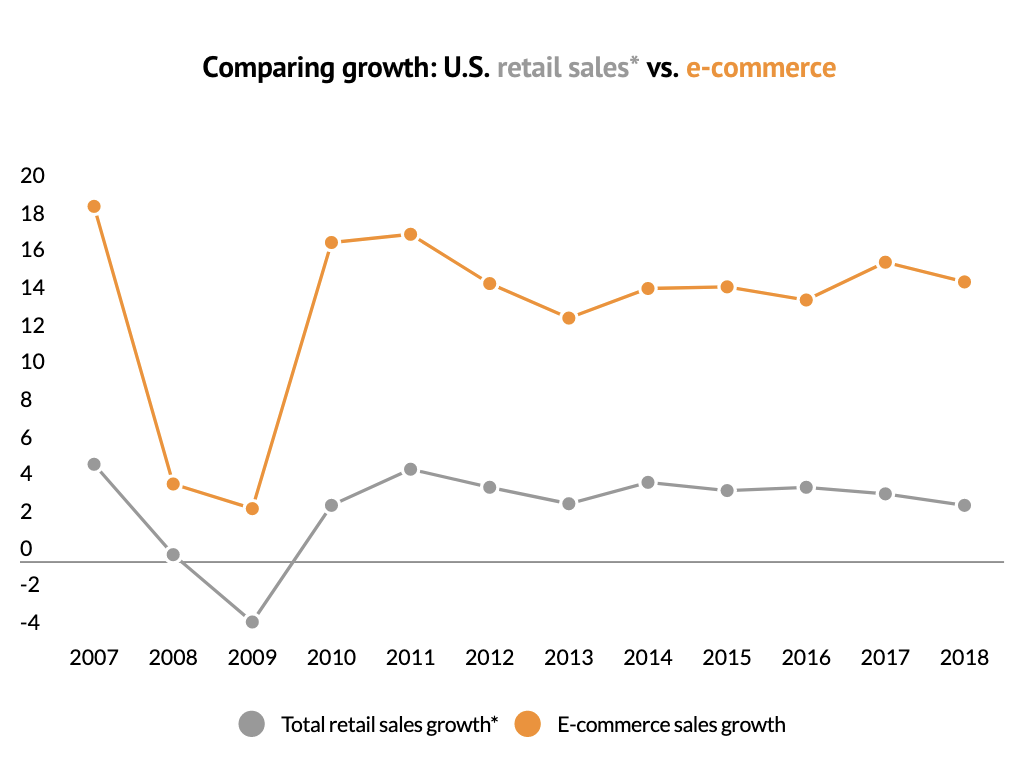