If you’ve followed me at all here or on Twitter, you know I’ve supported, followed, and chronicled Seattle’s initiative to raise its minimum wage. It began 5+ years ago, placing Seattle at the tip of the spear in the nationwide effort to “raise the wage.” This has been in large part responsible for wage growth at the lower end of the income spectrum.

Note the differential in wages from state to state: the defining factor in average wages is the specific State minimum wage: 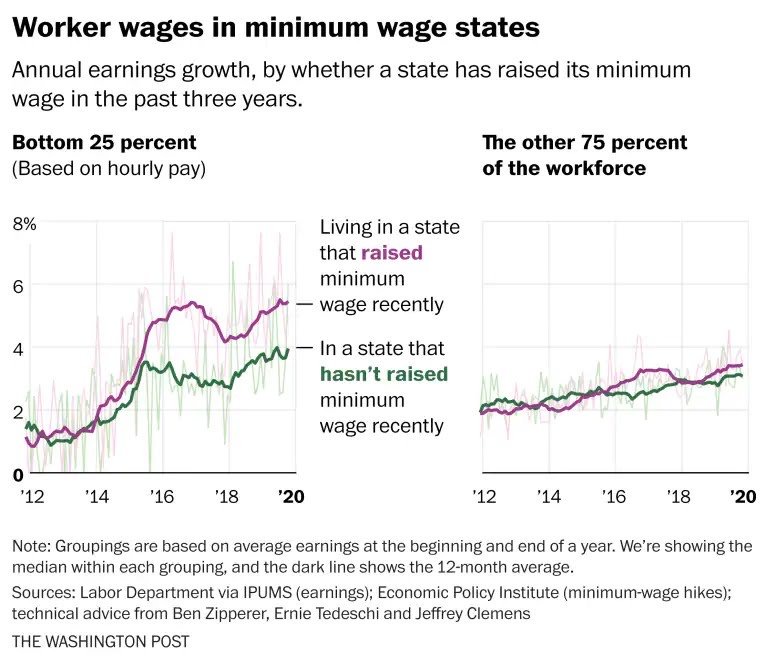 Before the higher minimum wage even took effect, there were ideologues claiming it was doomed to fail – this headline is now almost five years old:

I declared Seattle’s minimum wage experiment over in December 2016, and the monthly numbers have supported that view ever since. There are, however, those who continue to insist that the experiment has failed, even in the face of overwhelming evidence to the contrary.

As Upton Sinclair famously said, “It is difficult to get a man to understand something, when his salary depends upon his not understanding it.”

And so it is with Tim Worstall. When I recently touted the unemployment rate in the Seattle area, Mr. Worstall jumped in to diminish the city’s success.

Cutting directly to the chase, we ultimately landed on the seminal Krueger and Card study regarding minimum wage and subsequent work by Cengiz, Dube, Lindner, and Zipperer (Jan 2019). It was at this point that Mr. Worstall wrote:

I’ve had quite the email conversation with Dube, most illuminating. His only disagreement with my view is “what is the level of minimum wage that has deleterious effects?” He thinks 58% (last paper I saw at least) of median wage. I think 50. 1/2

I took a very quick look at some data and replied as follows:

I love a happy ending.

Amazingly, telling me the mean wage when I say median isn’t all that terribly convincing. Either about the wage or your knowledge: https://t.co/JqibNKyiyE

Tim shot himself in the foot (twice, actually):

Seattle is small orange area (where minimum wage is higher) 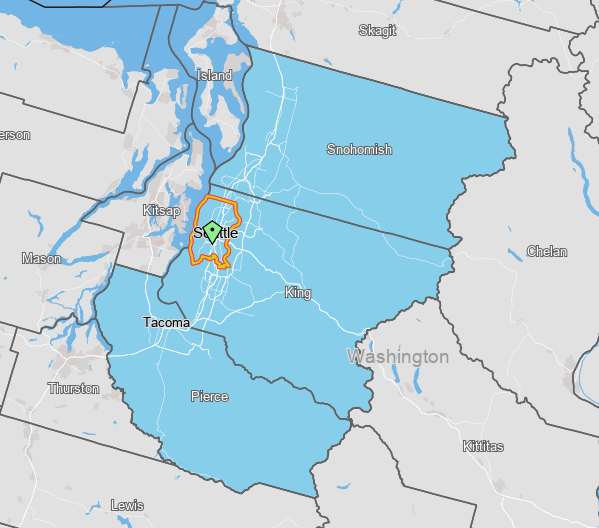 Tim made the same geographical mistake that Professor Mark Perry made (See this August 2015 discussion). The city of Seattle is neither the Sea-Tac-Belle MSA nor the Sea-Belle-Ev Metropolitan Division (MD). While those areas are broadly representative of the Seattle area, and data for them are often easier to come by, only the city of Seattle has legislated a higher minimum wage (much to the benefit of the entire area).

Choose carefully: Those who you select to pay your limited time and attention to can impact your thinking — about markets, the economy, policy, even reality. Be selective which economic analysis and commentary you consume. There are people publishing at sites and publications who either don’t know what they are doing — or don’t care…