One of the first cars I ever fell for was a mid-1960s Austin-Healey 3000. Gorgeous little British runabout, with a smiling face upfront and a light, tossable chassis.

Everything about this car said fun: It was a small 2 seat convertible, which meant it was impractical unless it was a second car. That long hood, that grill, wired-spoke wheels, the lines, all said the car was made for a singular purpose: long drives in the sunshine on back roads, for the sole purpose of bringing a smile to your face.

These were made from 1959 to 1967. They became increasingly competent as they evolved; By 1963 (this car) they had dual or triple-carburetored 2.9-liter inline 6 cylinder engines rated ~130-135 horsepower. Of course these were mated to a 4 speed manual transmission. By 1964 HP was up to 150 horsepower.

In 1963, 91.5 per cent of all Austin-Healey 3000 cars were exported, primarily to North America. It was a successful car, which won its class in many European rallies. It is still raced in classic car competitions by enthusiasts today.

>I was warned early: “British cars will break your heart; the electrical systems are the work of the devil, and they will spend as much time in the shop as they will on the road.” So I carefully avoided them, lusting from afar, but never making a purchase. I came close not too long after college, when I was offered a ’63 for ~$1500. It ran ok, but needed work. I likely avoided personal bankruptcy by passing on it.

Still, these are beautiful little buggers, perfect for a sunny weekend drive. (The one below was bid to $37,000 but did not meet reserve price). 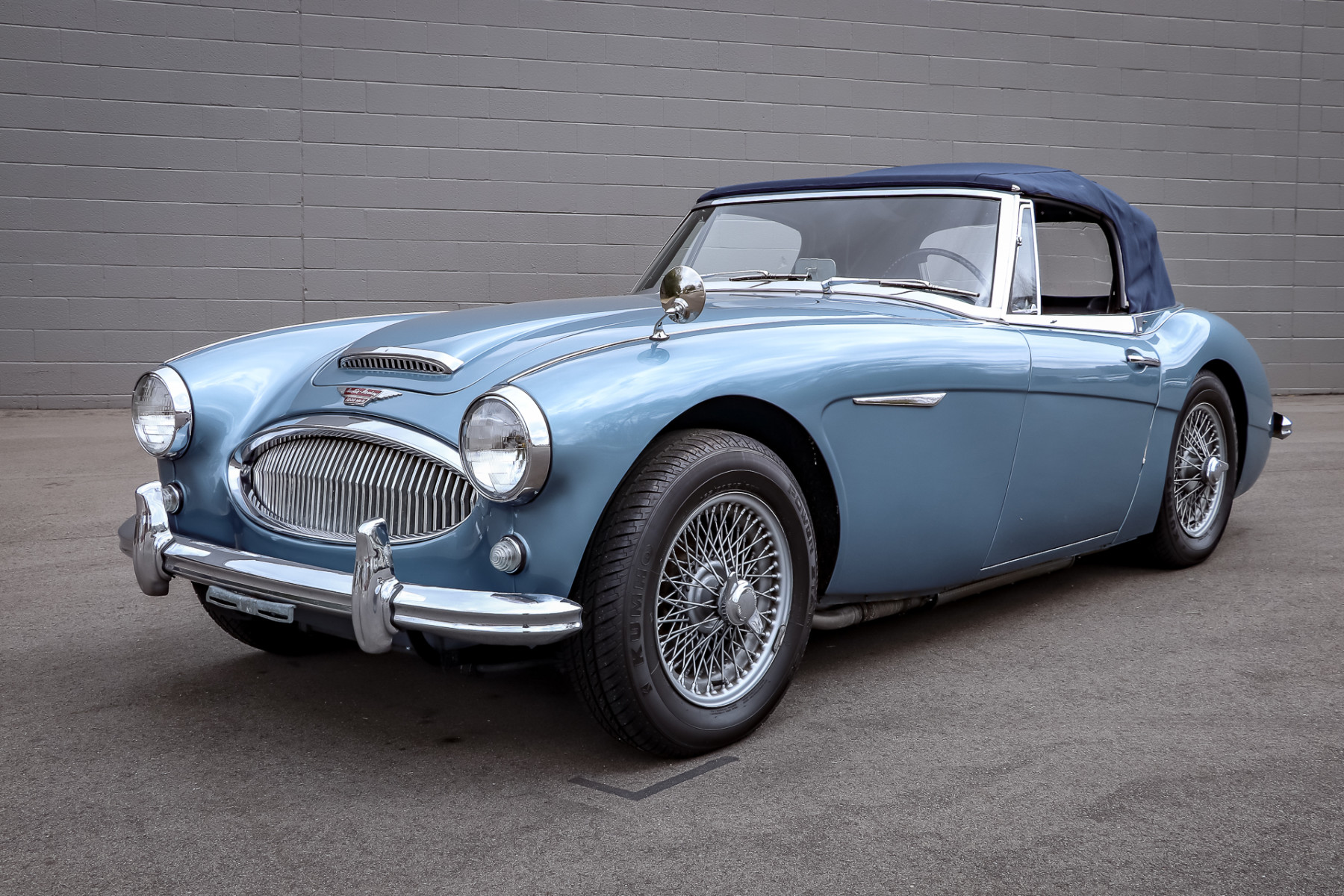 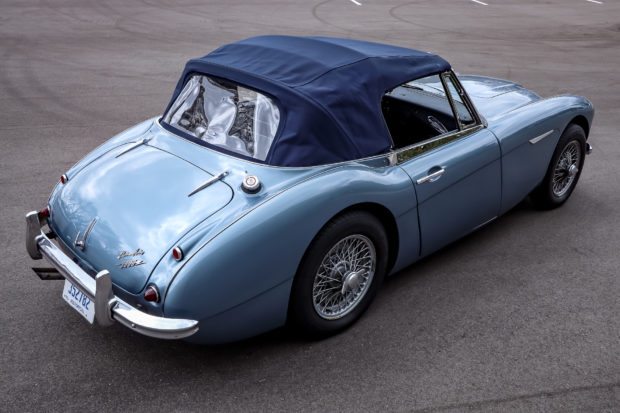 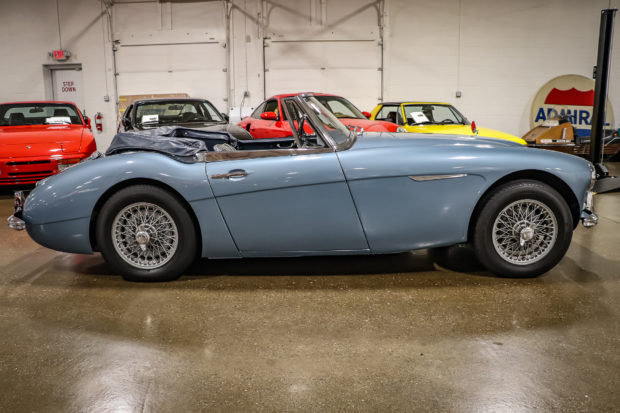 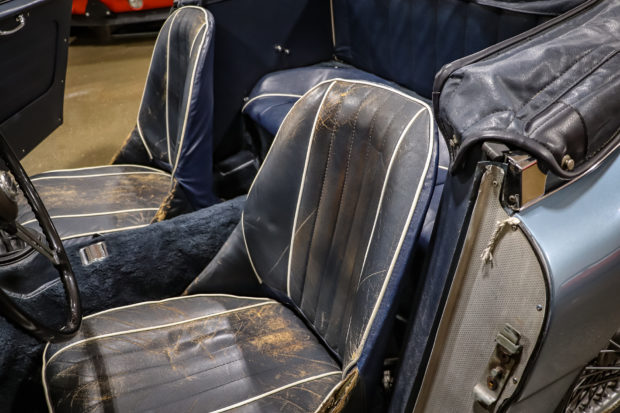 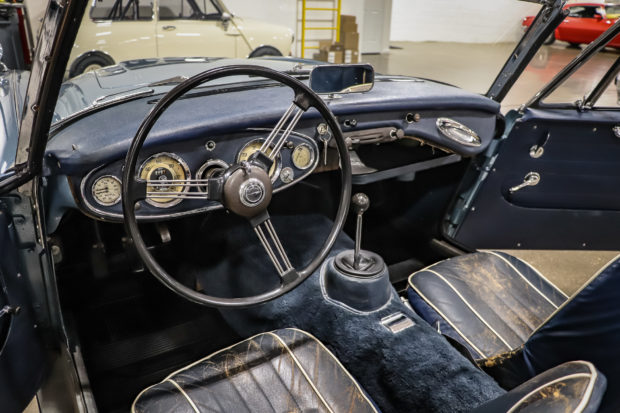 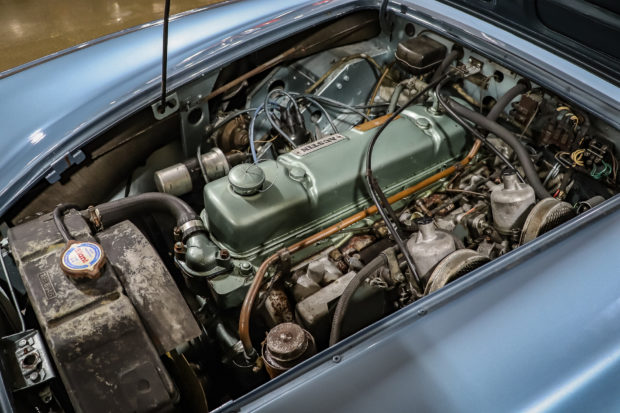 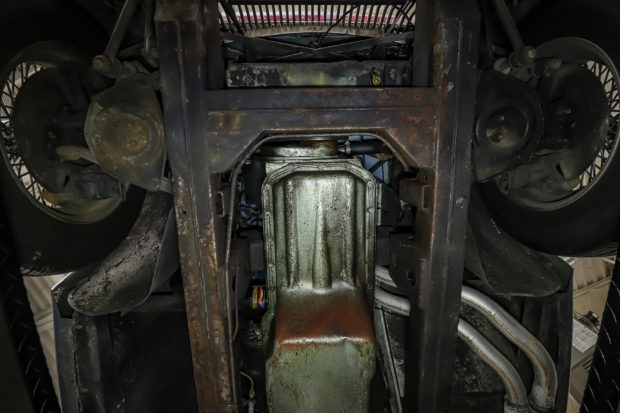