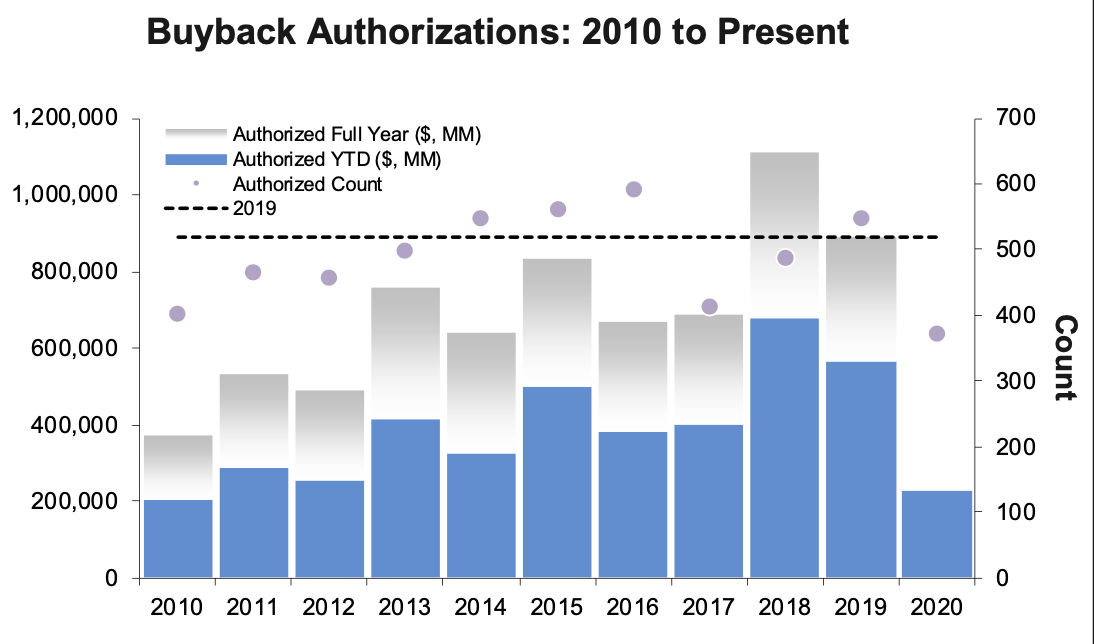 I really enjoy the regular updates the crew at Birinyi do on stock buybacks. In the most recent note, Chris Costelloe observes that “There were 25 new authorizations announced during June for a total of $2.51 billion, 98% lower than June 2019 and the lowest total value of authorizations since May 2009.”

That is quite a huge drop!  Buybacks are way down this year; it makes one wonder how accurate the claims have been that share buybacks are what have been driving stocks higher.

Note: I much prefer dividends.

The Relative Advantage of Buybacks (December 7, 2018) 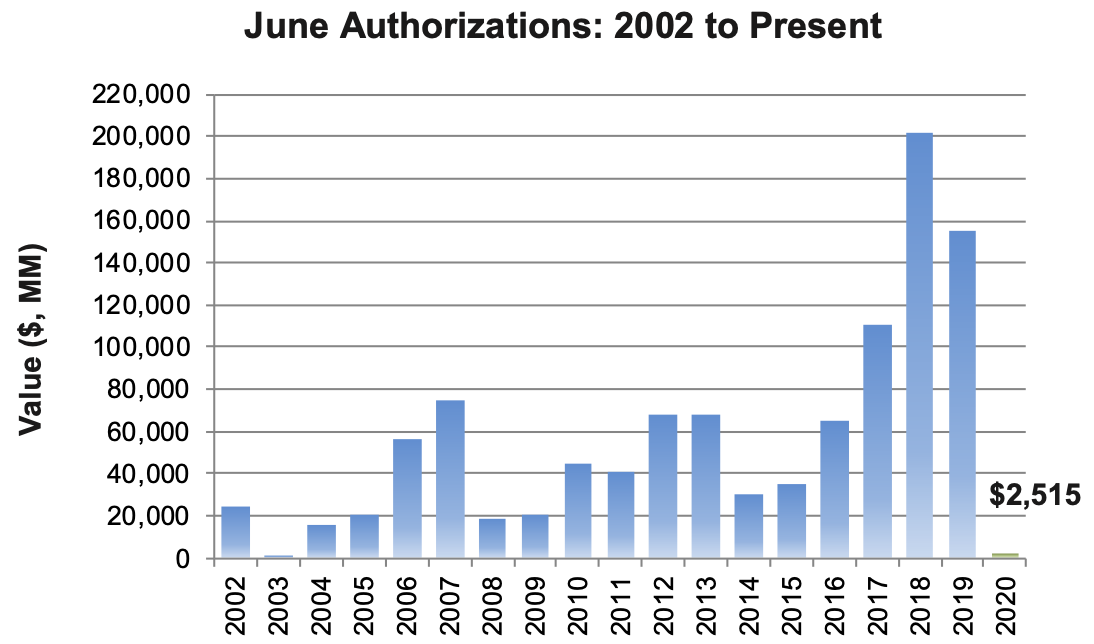 Re-Opening Schools in the Midst of Pandemic Surge