The weekend is here! Pour yourself a mug of Guatemalan coffee, grab a seat on the beach, and get ready for our longer form weekend reads:

• How to talk to conspiracy theorists—and still be kind: Experts and r/ChangeMyView subreddit moderators offer 10 tips to debunk conspiracy theories convincingly. (MIT Technology Review)
• ‘They’d Find Fraud, Fraud, Fraud.’  A small group of short sellers, spurned investors, a former journalist, and an ex-prosecutor are intent on revealing large-scale fraud in China. (Institutional Investor)
• How Carlos Ghosn Escaped Japan, According to the Ex-Green Beret Who Snuck Him Out: When the auto king fled house arrest, he captivated the world. Now, the guy who helped him is in jail—and never got paid a dime. (Vanity Fair)
• Frackers Are in Crisis, Endangering America’s Energy Renaissance: Even before the pandemic, West Texas was reeling and Wall Street was running out of patience with the industry.  (Businessweek)
• What You Need To Know About The Battle of Portland: State and Federal law enforcement are at war with the people of Portland. (Bellingcat)
• Mark Zuckerberg’s Employees Reckon With The Social Network They’ve Built: “I can’t shake the feeling that the company leadership has betrayed the trust my colleagues and I have placed in them…Facebook Is Hurting People At Scale” (Buzzfeed)
• The Man Who Cracked the Lottery: When the Iowa attorney general’s office began investigating an unclaimed lottery ticket worth millions, an incredible string of unlikely winners came to light — and a trail that pointed to an inside job. (New York Times)
• Nostalgia reimagined: Neuroscience is finding what propaganda has long known: nostalgia doesn’t need real memories – an imagined past works too (Aeon)
• Our 80 favorite newsletters: These run the gamut from business to tech, politics to sports, everything in between, and will hopefully give you plenty of goodies to read while you’re stuck in the house being a responsible and socially distanced adult (Inside Hook)
• Where Will Everyone Go? ProPublica and The New York Times Magazine, with support from the Pulitzer Center, have for the first time modeled how climate refugees might move across international borders. This is what we found. (ProPublica)

US hits 4 million cases of COVID-19 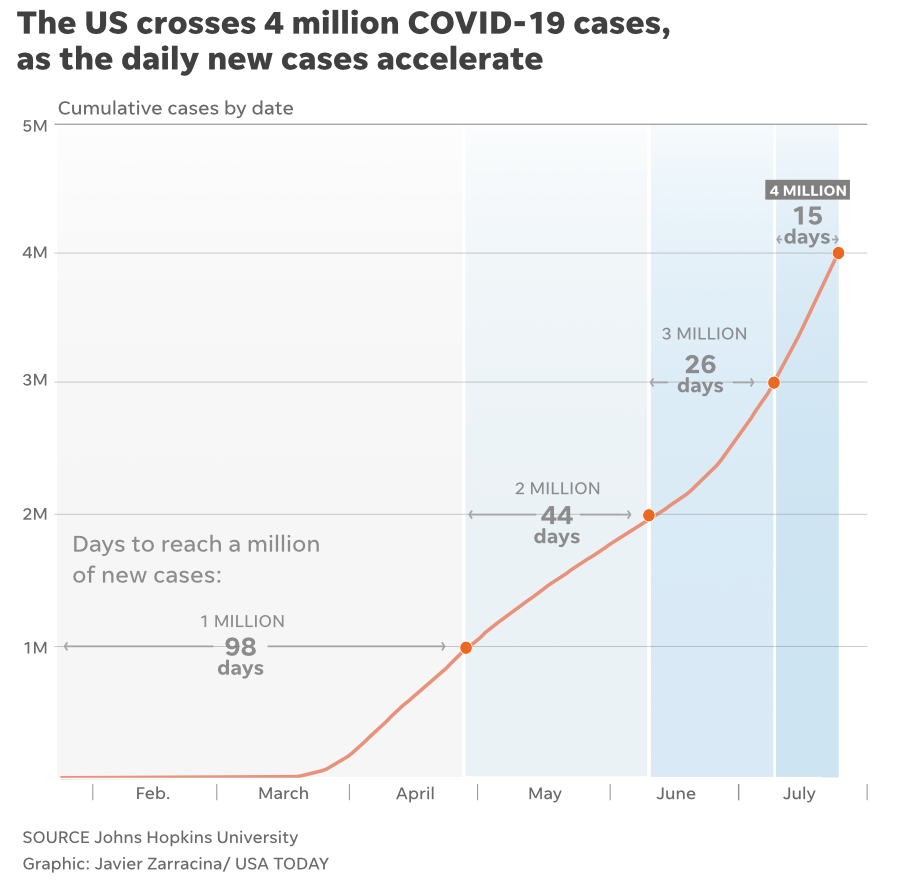