• New York Attorney General Moves To Dissolve The NRA After Fraud Investigation: The attorney general of New York took action Thursday to dissolve the National Rifle Association following an 18-month investigation that found evidence the powerful gun rights group is “fraught with fraud and abuse.” (NPR)
• Unwanted Truths: Inside Trump’s Battles With U.S. Intelligence Agencies Last year, intelligence officials gathered to write a classified report on Russia’s interest in the 2020 election. An investigation uncovered what happened next. (New York Times Magazine)
• The Panopticon Is Already Here: Xi Jinping is using artificial intelligence to enhance his government’s totalitarian control—and he’s exporting this technology to regimes around the globe. (The Atlantic)
• Is QAnon the Most Dangerous Conspiracy Theory of the 21st Century? In 2019, the F.B.I. cited QAnon as one of the dangerous conspiracy theories posing domestic terrorist threats to the United States and cited past incitements of violence from its adherents. Despite its fringe origins, the conspiracy movement continues to grow in troubling ways  (New York Times)
• The CFPB once defended consumers. It now helps companies prey on them instead; its main accomplishment has been the loosening of regulations on payday loans. Annual interest on payday loans can run above 500%  (Washington Post)
• Going postal: Trump, however, lacks the authority to delay November’s election. He does, however, have the power to undermine the ability of the U.S. Postal Service (USPS) to facilitate mail-in voting. And that’s what Trump is doing. (Popular Information)  see also Don’t Let the Postal Service Derail the Presidential Election: The new postmaster general wouldn’t want to jeopardize mail-in voting, would he? (Bloomberg)
•  State Department watchdog resigns in another shake-up at IG’s office: The administration has come under increasing criticism for trying to evade oversight because the president has fired five officials in recent months who lead inspector general offices across the federal government.  (Washington Post)
• Census Bureau says counting will end a month earlier than planned: The Census Bureau will cease door-knocking and other field activities for the 2020 Census a month earlier than planned, raising concerns among civil rights organizations that the constitutionally required population count will be inaccurate, particularly in its count of minorities and immigrants. (Washington Post)
• The Biggest Trump Financial Mystery? Where He Came Up With the Cash for His Scottish Resorts. Donald Trump dumped $400 million into his clubs in Aberdeen and Turnberry. Now, lawmakers in Edinburgh want to investigate him for money laundering. (Mother Jones)
• The Federal Clampdown On Portland Shows Just How Fragile Our Democracy Is: These events sit in a weird nexus. They are extraordinary enough to draw the attention of legal scholars and criticism from civil liberties groups. But politically, the response has been divided. (fivethirtyeight)
• DHS removes official who oversaw intelligence reports on journalists: The official, Brian Murphy, ran the department’s Office of Intelligence and Analysis.(Politico)

How 2020’s Crises Are Bringing the Future Faster 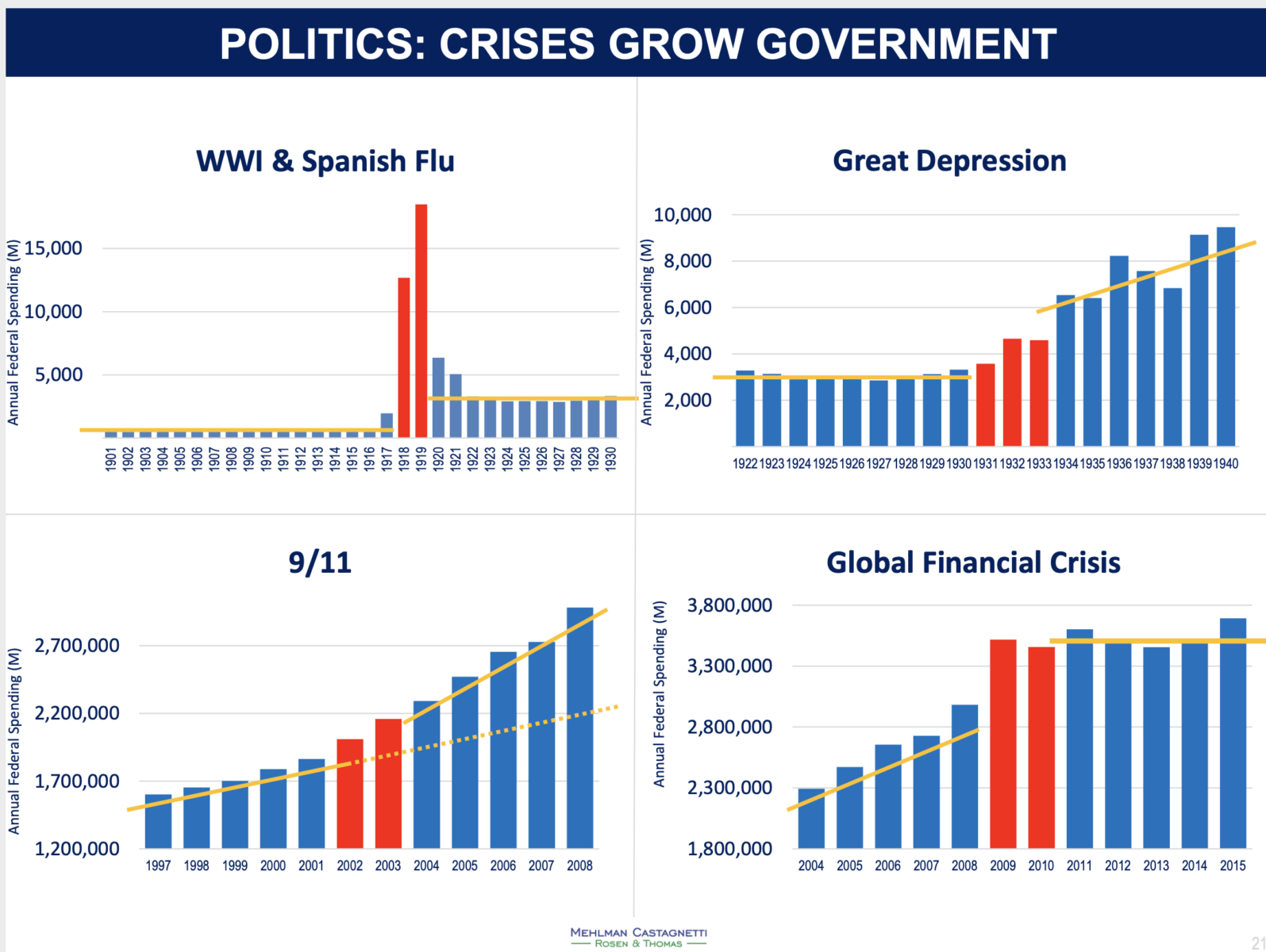