I have always been a fan of the Cords and Auburns from this era. Both the Auburn 851 Speedster below, and the Cord Model 810/812 (see this, this, this and this) were styled by  Duesenberg design chief Gordon Buehrig. (See this yellow 1935 Auburn Eight Supercharged Speedster as another example).

The Boattail Speedster was Buehrig’s masterpiece. Art deco influenced and streamlined, this is an exceptionally beautiful design.

Although the Speedster is special today for its design and styling, in its day, it was known for its astonishing performance. The Lycoming straight-8 engine made 150hp — a staggering amount of power for its day. It was mated to a 3-speed manual transmission, and the dual ratio rear axle added a whole new dimension to its speed and drivability (I am curious if this was a high speed overdrive gear, or if it turned the 3 speed into a 6 speed).

The supercharged cars had four rust-resistant external exhaust pipes exiting the engine on the driver’s side, and “Super-Charged” badges on the hood. Speedster owners of the era were known to park to show off the external chrome-colored pipes.

The company had said 500 Speedsters were to be built, but there only appears to be around 150 made. These are exceedingly rare, and if you are interested a great history of the Boattail Speedster is here.

New, these sold for $2,245; The lovely version below is up for auction (again), currently bid about $500k; prior asking price was $855k, and these have sold for as much as a million dollars. 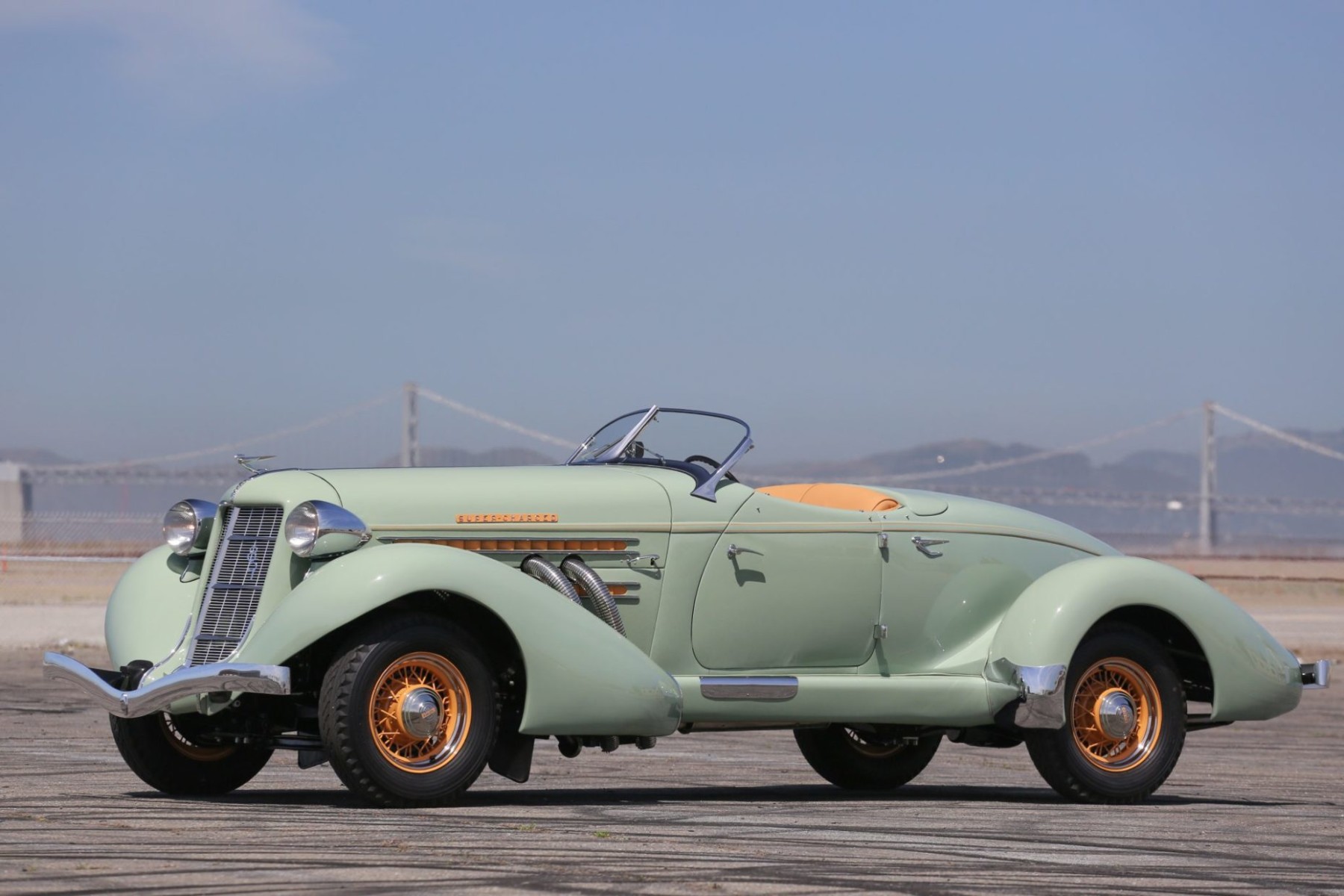 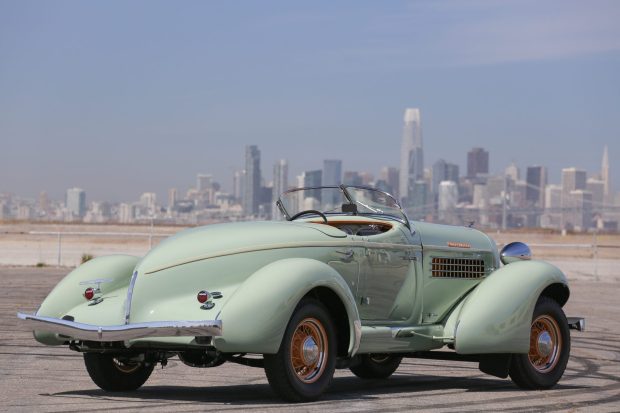 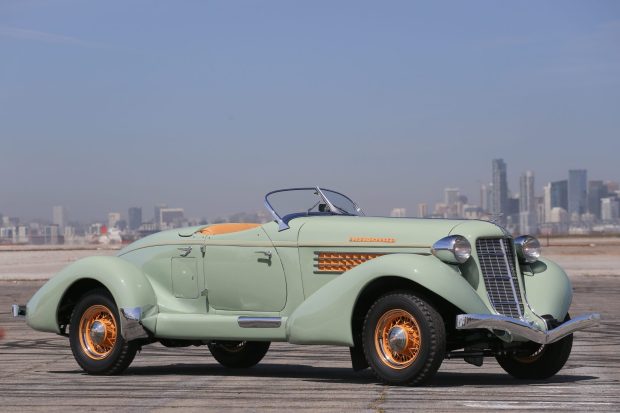 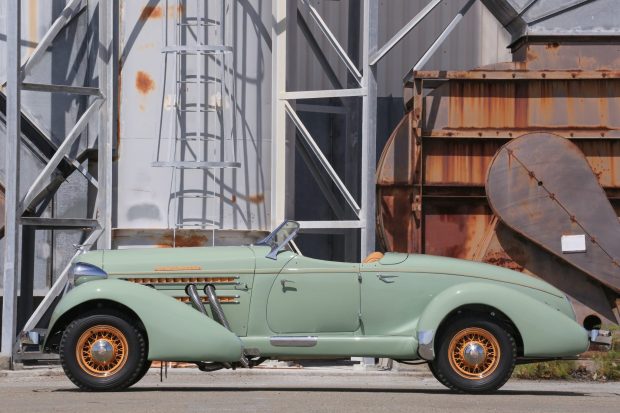 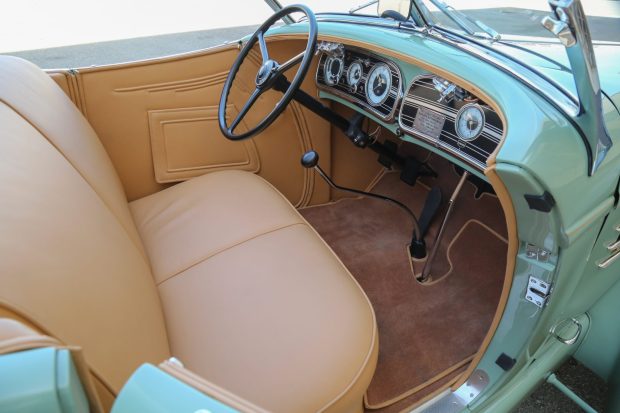 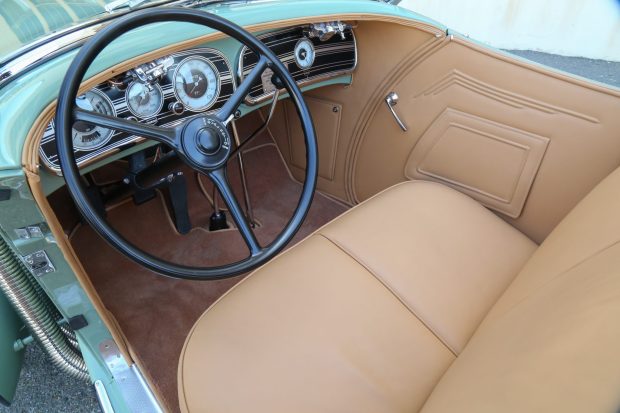 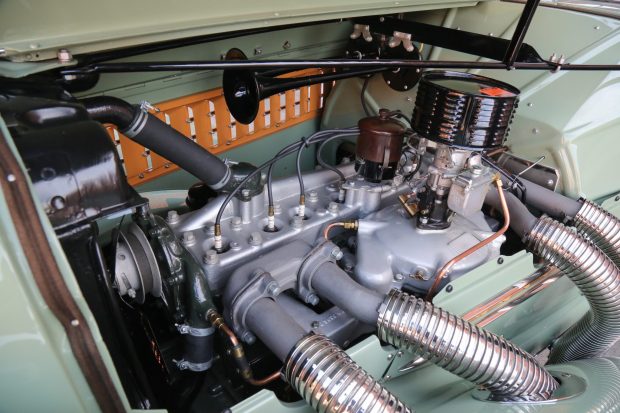 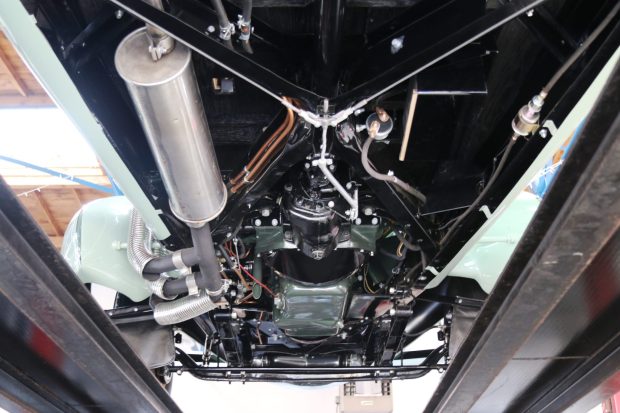 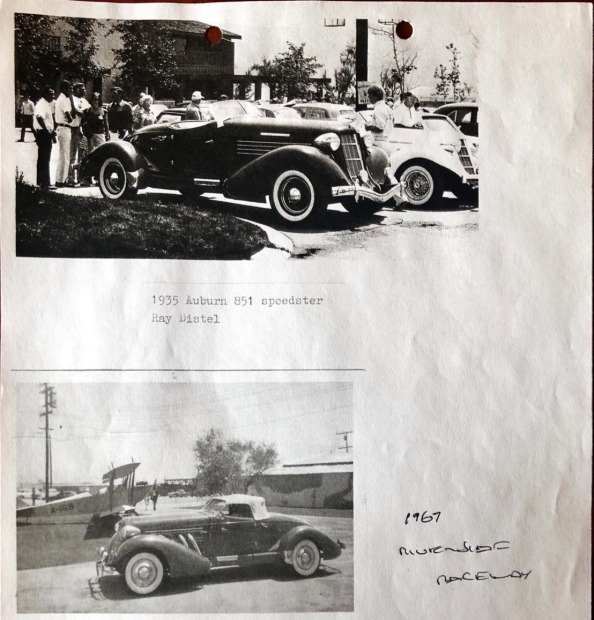