• People Fear a Market Crash More Than They Have in Years Stocks could well rise despite investor worries, the economist Robert Shiller says, but this is a high-risk moment. (New York Times) see also Hedge Fund Giants Lose Their Appeal as Havens in Global Turmoil Largest funds control 90% of industry assets; many are in red; Multi-strategy and some macro funds are exceptions this year (Bloomberg)
• Galleries Are Shuttering But the Digital Art Market Is Hot Interest in art is surging as investors look to diversify away from stocks and bonds. (RIA Intel)
• Does The Price of Oil Even Matter Anymore? Of all the strange things that have occurred in the markets this year, it feels like the price of oil going to negative $37/barrel is one of the strangest. (A Wealth of Common Sense) see also Energy Fades Into Irrelevance for S&P 500 as Weight Falls: Energy group weight fell to 1.96% of the index — the lowest for oil and gas stocks since at least 1989. (The One Dave)
• Exclusive Forbes Survey Of U.S. Billionaires On How They Will Vote For President The nation’s wealthiest are more likely to be Republican than the average American—but just about as likely to be voting for Biden. (Forbes)
• You Still Have Time To Hit 401(k) Contribution Limits For 2020 You still have time to take advantage of 2020s higher 401(k) contribution limits. But you’d better hurry. (Investor’s Business Daily) see also  Retire a millionaire: Get the most out of your 401(k) with these strategies Who wants to retire a millionaire? Many of us do, and a 401(k) could be your ticket to achieving that goal – that is, if you manage yours the right way. (USA Today)
• The Talk of Montauk: New York State’s Tenant Safe Harbor Act was intended to help those affected by the pandemic. But what if that harbor is on the fancier side? (New York Times)
• Coal’s Last Stand Don’t blame liberals and regulations; blame capitalism and technology. (The Big Picture) see also What Caused the Demise of the US Coal Industry? Regulation is often blamed for the industry’s woes. There’s more to it than that. (The Big Picture)
• Twitter, Responsibility, and Accountability Last week’s decision by Facebook and Twitter to slow and ban respectively a sketchy story about Vice-President Joe Biden’s son Hunter cannot be understood without looking back to 2016. (Stratechery)
• Space Garbage Solutions Could Help Fix Earth’s Plastic Problem Space agencies have had some success managing the growing amount of satellite waste (Bloomberg) see also Space debris by the numbers The latest figures related to space debris, provided by ESA’s Space Debris Office at ESOC, Darmstadt, Germany. (European Space Agency)
• Why Bugs Ruin Everything The Earth is almost the best planet ever. It’s stunningly gorgeous, optimally located in space, and it’s perfectly suited for its magnificent array of flora and fauna to live and thrive. Almost the best planet ever. Unfortunately, you can’t be the best planet ever when your clearest defining characteristic is a revolting worldwide bug infestation. (Wait But Why)

The Third Wave of COVID-19 in the U.S. Is Officially Worse Than the First Two 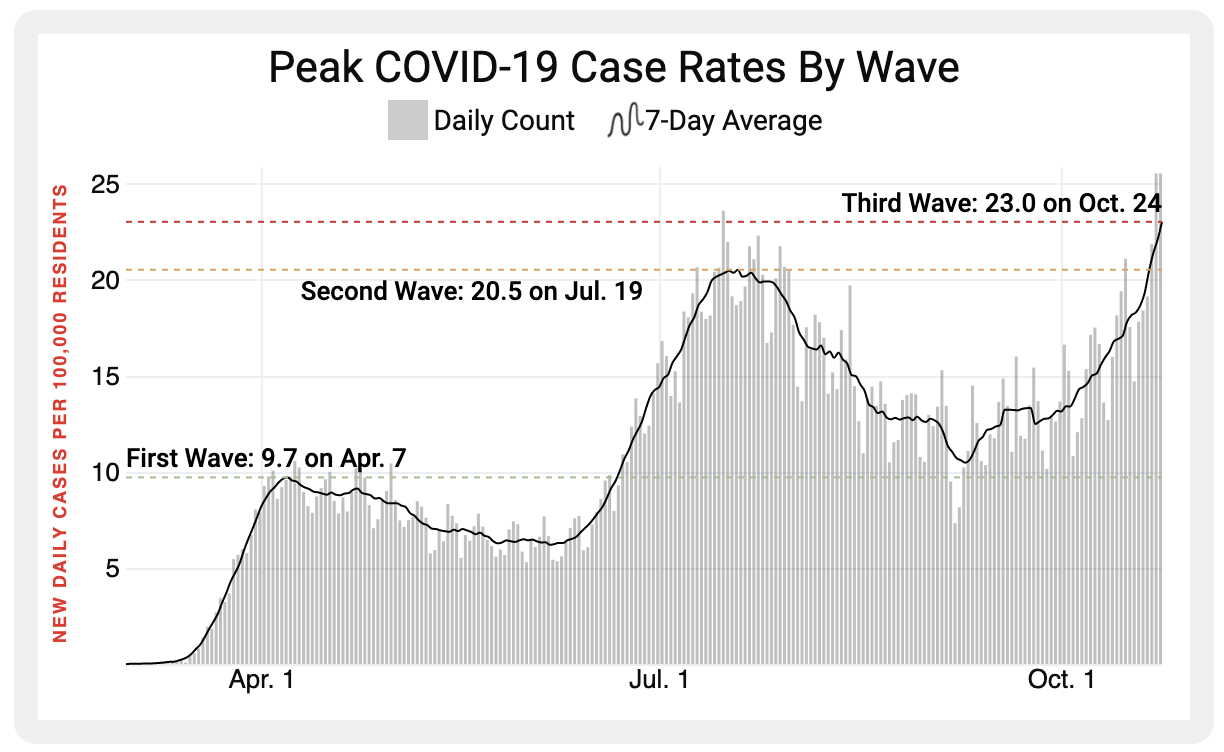 Why Most SPACs Suck