Who needs to see a throng of self-important lefties revel in their fabulousness while they promote their fatuous work?

Yes folks, movies have become baseball in a land of football that is being challenged by soccer.

In other words, the theatrical experience doesn’t hold a candle to the home/flat screen one and series are much more appealing than two hour snoozefests and shoot-em-ups.

So it’s not only the paywall of theatres, it’s also the form, it doesn’t fit today’s world where if you’re into something, you want to go deep, if you stop and smell the coffee you don’t want a cup, but the whole pot.

Used to be the Oscars were a religious experience, at least for me. I’d gather with friends in front of the screen, which was much smaller back then, and there would be no talking as we watched the shapers of culture vie for victory, even though Woody Allen refused to attend because he believes competition in the arts is pointless, which is true, but everything needs to be quantified in today’s society, no matter how fallacious the judging.

Movies drove the culture. We wanted insight into those in front of the camera and behind. We learned the lingo. We knew the studio heads (quick, name one today!) and had to go to the theatre not only for the experience, but in order to participate in conversation at parties.

But then the producers went solely for the bucks and everybody we knew stopped going and we did too. Talk to friends, either they go all the time or not at all. I’m in the latter category, it just takes too much time, and I hate the audience and the timing…I want to watch when I want to watch, we live in an on-demand culture, that’s what streaming is all about!

As for rallying around the set with your brethren…

We call that the Super Bowl. And it’s about the ads and the ability to discuss the halftime presentation more than the game, if the game is good it’s a bonus. The Super Bowl is now a national holiday, if you’re not invited to a party you feel like a loser.

But the mainstream media did not get the memo that things have changed. The L.A. “Times” has its inane “Envelope” section, puff pieces published to satisfy clients that their publicists are doing the work.

And then there are the endless ads in both the aforementioned L.A. “Times” and “New York Times.” Who are these for? Oh, I get it, oldsters who still get the physical newspaper, the same ones who won’t vote for women and people of color.

Not that I think sexism or racism or even politics are the reasons people don’t watch, but the fact that THEY HAVEN’T SEEN THE MOVIES!

There, that’s the number one problem. Believe me, if they premiered a new movie every Friday night on a streaming service I’d watch it, because I’d want to be part of the conversation, feel like I belong in a culture where we’re all on our own avenue.

That’s why awards show ratings are going down, they’re out of time, just like variety shows and westerns. We don’t want to be glued to the screen in an era where we avoid commercials at all costs, come on, you use an ad-blocker don’t you? You should, your web pages will load that much faster! And Amazon is so cluttered with ads you can’t even find what you’re looking for anymore. Never mind Google, with all its paid ads on top.

But ain’t that America, where you sell, sell, sell.

But movies used to be different. Before it was all about the tie-ins, the sponsorships, the merch. When you oversell you deplete desire.

And the content in the awards shows? People with personal trainers and plastic surgery acting like everything they say is so important while they break for a musical number almost no one has heard to fill in the broadcast.

Want me to watch? Make it like the original Academy Awards, just the awards, twenty minutes, half hour top. I’d watch that, but I’m not dedicating an evening only to find out I consumed empty calories and want all that time back.

And it’s true that if anything happens, we’ll find out about it immediately online, if we care, and we can consume the entire show in a matter of minutes, if that long. Kinda like SNL.

Or the movie business itself, other than Netflix, which can’t stop being excoriated by the wankers who produce and attend this fiasco.

Netflix will make your movie. Netflix will green light you. Because that’s the agreement they have with their audience, you pay us and we make a cornucopia of new stuff. And they know it’s about mass and niche. As in you need a mass of subscribers but many verticals of product. If they only made supernatural and superhero programming, I’d unsubscribe, but I can watch “Narcos” (coming back this week!) and “Money Heist” and a bunch of personal stuff I dig, like the films of the Duplass brothers, who are at least trying to reflect reality, where we all reside the last time I checked.

Oh, there’s a business in making two-dimensional dreck for international consumption by youngsters and nitwits, but it’s kinda like terrestrial radio, it gets the biggest slice of an ever-decreasing pie. So, these Marvel movies make more than any other ones, but most of us never bother to go to the movies anymore, we’ve been ignored and we checked out.

And don’t tell me about the grosses… If you want to talk about grosses, let’s talk video games, which can be a billion in a matter of days!

Everyone thinks their world is forever.

And long after the innovators are deceased, people without the same drive or understanding prop up the carcass until it dies. Yup, everything dies. Thomas Cook, Atari, 3-D…everything gigantic is a fad these days, everybody stops to look at the train-wreck and then they mash the pedal and continue to drive on by.

The record labels fought the internet for a decade.

The book business refuses to acknowledge the internet exists. They got prices raised on e-books and sales dropped but piracy has now gone through the roof! They’re repeating the music business debacle twenty years later, they thought they were immune when the truth is they were just ignorant: scroll down to “Book pirates are like termites: harmless as individuals, devastating in groups.”: bit.ly/3btTprJ

The movie business killed its essence when money became more important than story, they hollowed out the essence to the point where most people no longer care.

Furthermore, these big swinging dicks, and most do have dicks, refuse to play in the real marketplace, streaming television, where you find out instantly whether people want to watch your product or not. Just like oldsters decry music streaming, where it’s not that you’re getting screwed on payments, but just that most people don’t want to listen to your music!

But the great thing about life is it keeps on rolling along, and the will of the people always wins, especially in an era where the tools of construction have been commoditized, where you can create and market on a shoestring. Sure, a lot of dreck has been produced, but not all of it is junk. When you try to narrow the pipe, the mole pops up elsewhere, in a world where there’s endless shelf space and instant access to everything.

Come on, if the movies were launched on streaming services day and date they once again would be topics of discussion by everybody. But who wants to pay to see “Parasite” today, when everybody who went previously will put you down.

And how can you trust an industry that lauds “The Irishman”? We were subjected to endless stories about its production, its story, its actors, and the final product smells like a turd, overlong with little arc, like a typical Scorsese pic. But no, Marty is a genius, he cannot be crapped on. The insiders and critics are just like those guys in skinny jeans who used to tell you your music was crap and you had to listen to theirs. Now the hoi polloi no longer care, and speaking of the general public, I can’t find a single person who thought “The Irishman” was great, and when ballots were secret, the truth came out, it won no awards.

Yup, impeachment came and went nearly instantly, but we had to hear about the turgid “Irishman” for years, intensely for the last half of 2019 until up to now. No wonder the mainstream media is losing credibility.

Now I used to wait for these flicks to hit the flat screen. But then I found out it was too late, there was other stuff to watch. More people have talked to me about “Chernobyl” and “Succession” than any flick in a theatre this year, and I haven’t even made it around to them, right now I’m into the second season of “Trapped” on Amazon, an Icelandic noir/mystery series that is too slow for the fast and furious movie theatre but plays just right on the flat screen.

I’m inundated with suggestions. And when something is good, I can dig my teeth in deep, sometimes seven or eight seasons! I truly get to know the characters. “Spiral” is better than any movie I’ve seen in years.

But in today’s America you can never go backward, you can never lose a thing you’ve got, which is why the left wing elites are agitating for Bloomberg, because he’s one of them. Bernie? He’ll blow it all up, they’ll pay more money, they’ll have to get in the pit with the rest of us, fighting it out.

DELIVER WHEN THE SPOTLIGHT IS UPON YOU Amy Klobuchar went from zero to hero in one debate, with just a couple of lines. Proving that you...

And you wonder why Bernie Sanders is rising in the polls. Now let me get this straight, up is down. If I’m doing it in pursuit of the...

You’re always worried about going too far. Athlete, musician, writer, performer…you strive to be in the zone. When...

What kind of crazy, fucked-up world do we live in where Jay Z makes a deal with the NFL and Nike’s Colin Kaepernick shoe sells out?... 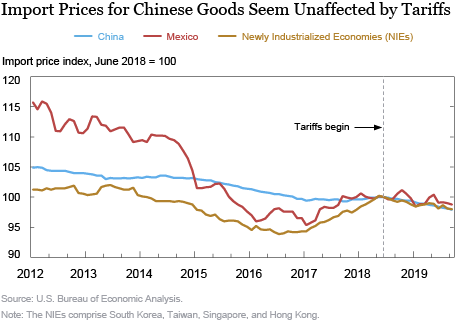 Unfortunately, @TaylorSwift13 is one of many whose work has been threatened by a private equity firm. They’re gobbling up...

What kind of crazy, fucked-up world do we live in where Bernie Sanders has a heart attack and comes back stronger than ever? One in which...