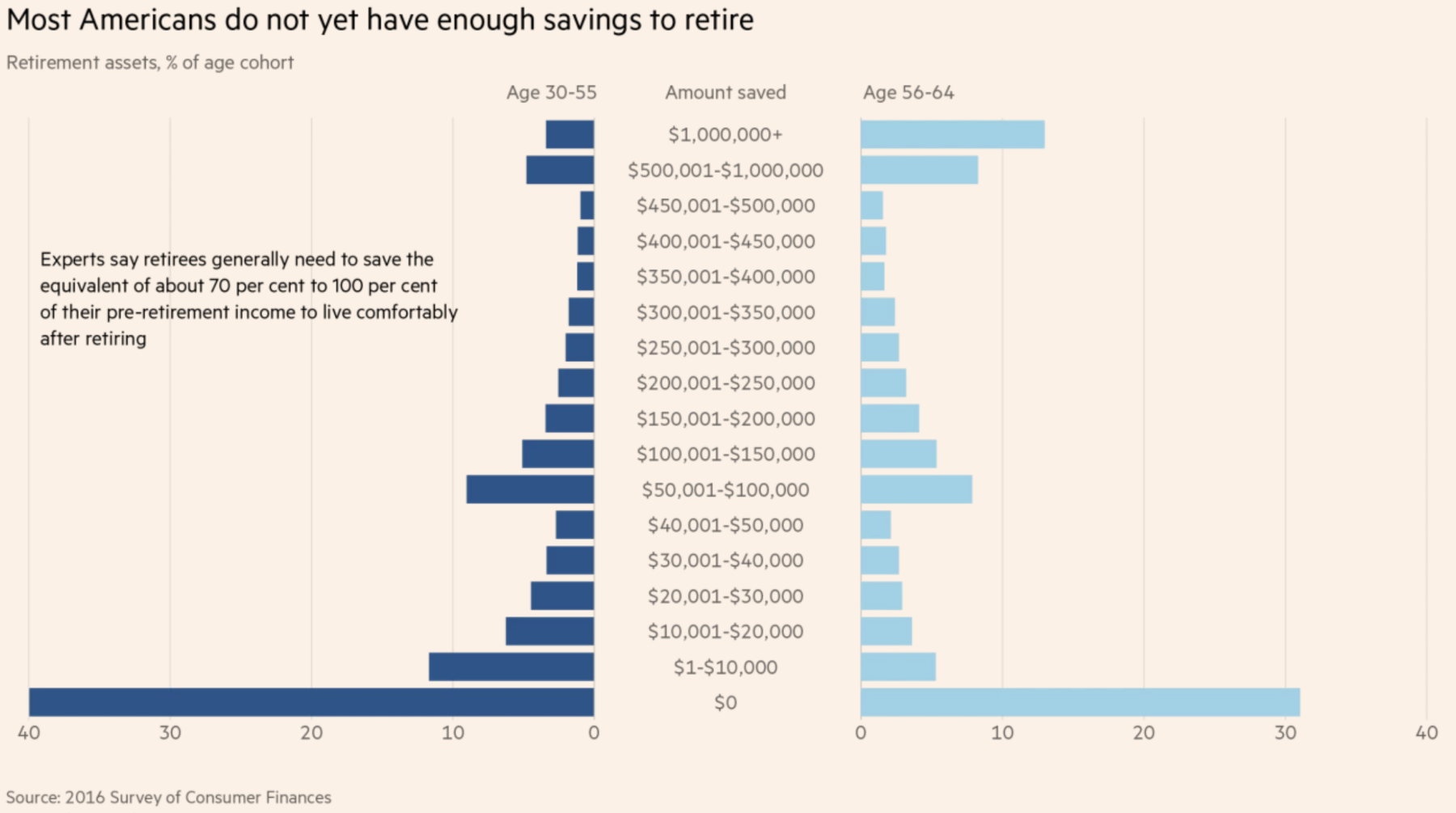 I have been doing some research into the state of the economy. My 2014 observation remains in force — this is a robust  recovery, but one that is lumpy and unevenly distributed. However, I continue to be astonished at the various data points I have found that support that bifurcated recovery thesis.

The Financial Times had a giant “Legacy of Lehman Brothers” column (see chart above). Their conclusion is the GFC left behind a global pensions mess.

Here is the FT:

“The evidence from the US is alarming. The US has a much less generous social safety net than western Europe or Japan, and a much stronger tradition of private investment. Americans should, therefore, be more likely than others to make good long-term investment decisions. But collectively, they do not. Most Americans with DC plans do not have anything like enough money saved to support them in retirement.

A third of Americans have no money put aside at all. That is driven by serious problems of social inequality and slow growth in the economy. But even among those who are saving, the amounts they have tend to be far short of what they will need. If you want a decent chance of an income of two-thirds of your final salary for the rest of your life, you will need a retirement fund worth more than 10 times that final salary. Only a tiny proportion of Americans are on course for achieving this.” (emphasis mine)

1 in 3 Americans has exactly zero dollars saved for retirement. But not to worry, legal weed and blockchain will make sure they — and medicare and social security — are solvent in 30 years . . .

BBRG: Why America Has a Two-Track Economy