With 3 weeks to go before the midterm elections, I wanted to take a look at some interesting data points:

We think of elections as being by won by candidate who gets more votes. In the United States, however, there is a third factor: the number of people who could vote but didn’t:

The United States has one of the lowest voter turnout rates in the developed world. In 2016, for instance, just under 56 percent of the voting age population cast a ballot in the presidential election, according to the Pew Research Center. In countries like Denmark, Sweden and Belgium, by contrast, participation in the most recent national elections surpassed 80 percent.

In 2016 election, for example, Donald Trump won the electoral college with 62,984,828 votes, but loss the popular vote, as his opponent, Hillary Clinton garnered 65,853,514 votes. But that was surpassed by 101,230,126 people who were eligible to vote but didn’t. They are the ones who determined the outcome of the contest — simply by staying home on election day:

Note the United States is big, with  huge regional variations in voter participation. Turnout in the 2016 presidential election ranged from >40%  (Hawaii) to ~70% (Maine and Minnesota). 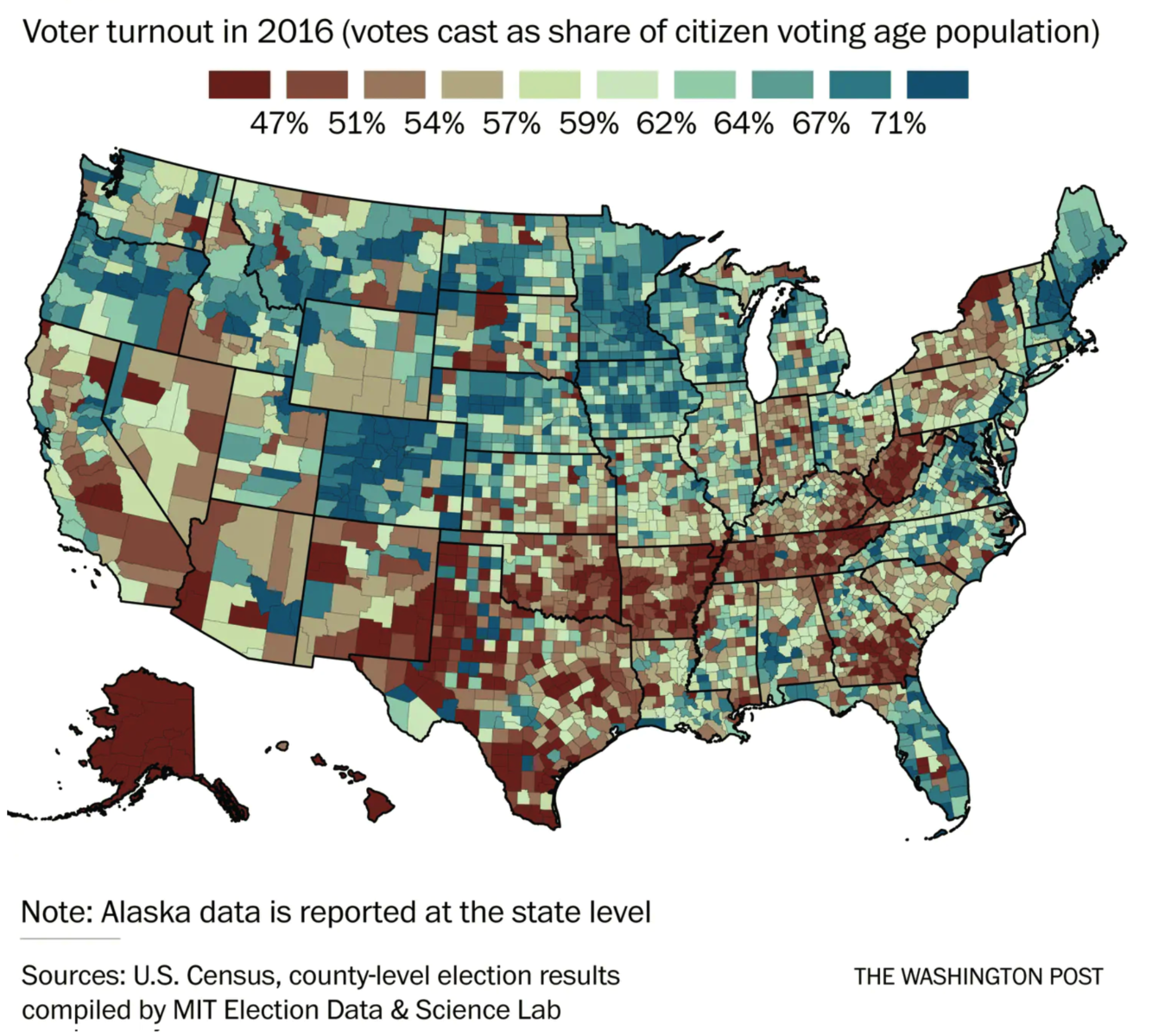