Our discussion (Bloomberg) on how (or not) to use anecdotes had some interesting feedback to it. Not on the underlying concept, which noted that single or rare events should never be used to draw conclusions. But rather, my favorite example — Shark Attacks! — as a stand in for unusual or rare events.

A reader made an excellent point I overlooked about using that as an example:

“The shark comparison — which is often used to illustrate how dangerous just about everything is relative to shark bites — always bugs me a little. The risk is measured incorrectly: the denominator shouldn’t be the number of people [in the world], it should be the number of people swimming in waters where sharks are present. If you never go in the ocean, your risk of being killed by a shark is precisely zero (unless your neighbor drops one in your pool).”

My own denominator blindness called out! Using global population and shark attacks vs disease carrying mosquitoes as a statistical basis for comparisons of risk is in fact a bad comparison statistically — at least where the denominator is concerned.

Why? Other than Antarctica and parts of the arctic circle, there is simply no where you can go on earth where you can guarantee you won’t be bit by a mosquito. It is a daily occurrence.

However, there is one surefire way never to be attacked by a shark — do not go in the ocean: 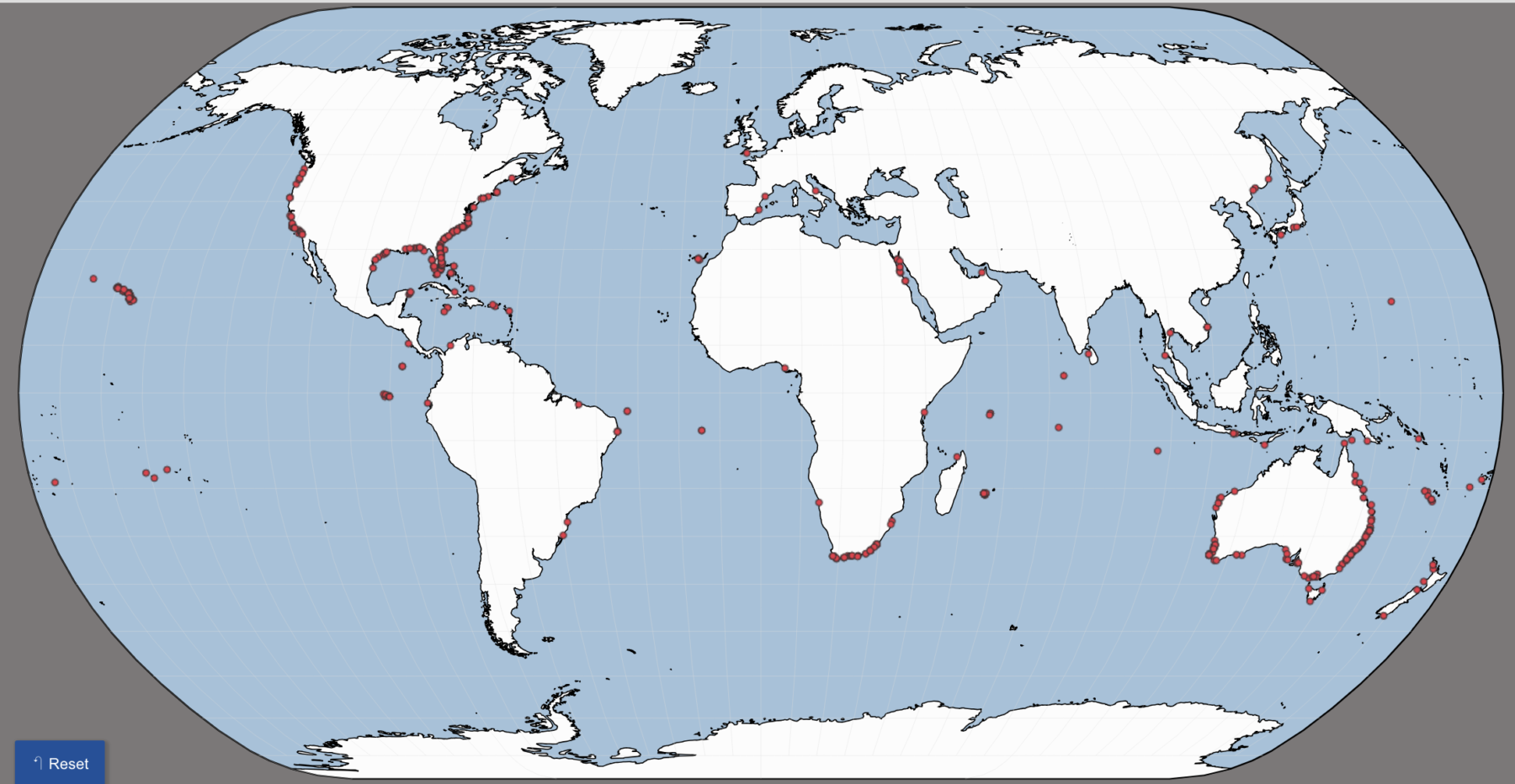 I use shark attacks as an example because they are vivid, emotional, and over-covered by the media. Until there is a flare up of Zika, the MSM mostly ignores the deaths from mosquitoes. They are mundane and fail to frighten.

So if 7.7 billion people is the wrong denominator, what might be the correct one? How many people are there who put themselves in harm’s way by swimming/working/playing in the sharks’ natural habitats?

I can ballpark a number, and I get somewhere between 250-500 million people. Not in the billions, but still very significant relative to the exposure.

There are complications. I included Tourists around the world, Surfers, Scuba Divers/Snorklers, Sailers, people who swim in the ocean, etc. People who live near the oceans and bays that are the natural habitat ofd sharks, and also go in or on the water. (See details after the jump)

There is some overlap between the groups; not everyone who lives by the beach goes into the water(?!), but for our purposes we can just ballpark them.

Here is an even bigger complication: these folks are in oceans a few days or weeks per year. Mosquitoes are a constant daily threat to humanity, killing more than 700,000 people every year and accounting for 17% of the estimated global burden of infectious diseases.

The bottom line remains: Availability bias is ever present, and the media knows how to use that to scare us with vivid, splashy stories. The impact of this affects how we perceive risk, and eventually, affects the decisions we make.

Previously:
The Plural of Anecdote IS Data
TBP, February 4, 2019 (Bloomberg)

Surfers: 35 million surfers who practice their wave-riding activities in at least 162 countries. –Medium

Florida — about 130 million people visit Florida each year, with more than half going to Orlando (Disneyland, Universal), so let’s round it down to 50 million people.

Note I am including tourists to places with oceans — but did not break out the local populations. That swells the numbers a lot.

The list also has overlaps — e.g., surfers who travel to Australia are both surfers and tourists; scuba divers going to Caribbean, sailors in the Mediterranean, etc. And not everyone who goes to Thailand goes to the beaches.

Regardless, the numbers add up to nearly 100s of millions people who are potential shark victims…

MIB: 95% of Crypto Will Die a Painful Death