Failure to Increase the Gas Tax Signals American Decline
The country’s roads and bridges are in dismal shape. Finding the money to fix them shouldn’t be this hard.
Bloomberg, March 22, 2019

A major economic power is showing signs of decline as its once-great system for transporting goods, people and information begins breaking down from overuse and neglect. But instead of making a modest sacrifice by raising fees on those who use the system, government folds in the face of protests from a vociferous and incompetent minority.

I suppose this could refer to second-century Rome or ninth-century China, but sorry to disappoint. I’m referring, of course, to the U.S., whose status as a global leader is fading for many reasons, not the least of which is that its infrastructure is quickly approaching developing-nation status. Unfortunately, the debate about raising the money to make the needed repairs was long ago hijacked by anti-tax zealots whose ideology knows no limits.

And yet, there might be the faintest of reasons to keep the despair in check amid new rumblings that an increase in the gas tax is again being floated at that bastion of conservative causes, the U.S. Chamber of Commerce.

Now let’s keep things in perspective. Thomas Donohue the Chamber president, told Congress in January 2018 that a 25-cent a gallon increase was needed. That would make up for the fact that the 18.4 a gallon levy, last increased in 1993, is now worth roughly 10.5 cents after inflation and doesn’t come close to paying for infrastructure repairs needed in a nation that is much bigger and more prosperous than it was 26 years ago. Donohue’s pitch went nowhere.

To his credit, Donohue hasn’t been discouraged and is back, making the following and utterly rational plea to Congress: “How many people in this room can live off the same paycheck they did in 1993? No one. Our nation’s roads and bridges and transit systems can’t either.” The Chamber’s plan would be to raise the federal tax by 5 cents a gallon annually during each of the next five years.

As much as I want to believe such a plan will work, doubts persist. Congress is even more dysfunctional this year than last. It no longer is controlled by a single party, which one would think would have made it easier to get things done. Wrong! As a body, it is much more divided than the Americans it pretends to represent.

Yet, this may be a symptom of national decline rather than a cause. The U.S. often starts out full of energy and vigor when it comes to new and daunting tasks — and has been willing to spend lots of cold hard cash. But these days we lose enthusiasm about halfway through. The Marshall Plan and the Apollo moon mission stand out as examples of huge projects that took years of follow through.1 Or how about the Eisenhower-era Interstate Highway System, which is deteriorating even as we write because of lack of funding from the gas tax? But it’s harder to name recent bold projects of comparable scope that have been undertaken and seen through to completion.

Now, if you want to see a country that does take on those big, bold projects, look no further than China. If we were to determine which nation is on the rise based on investment in infrastructure, which country looks to be rising and which looks like a nation in retreat?

I would like nothing better than for Congress to prove me wrong. Pass a gas tax and bring America’s bridges, tunnels and roads fully up to date with smart-traffic controls and embedded signals ready for the next generation of autonomous vehicles. Rebuild the nation’s dismal sea and airports, harden our electrical and data grid, make the nation’s infrastructure again the world’s best.

But more likely than not, I’m going to be disappointed one more time. We should be better than this, but it’s getting harder to escape the conclusion that we’re not.

~~~
Can you figure out why the US roads are so bad relative to the rest of the world?
Petrol Tax 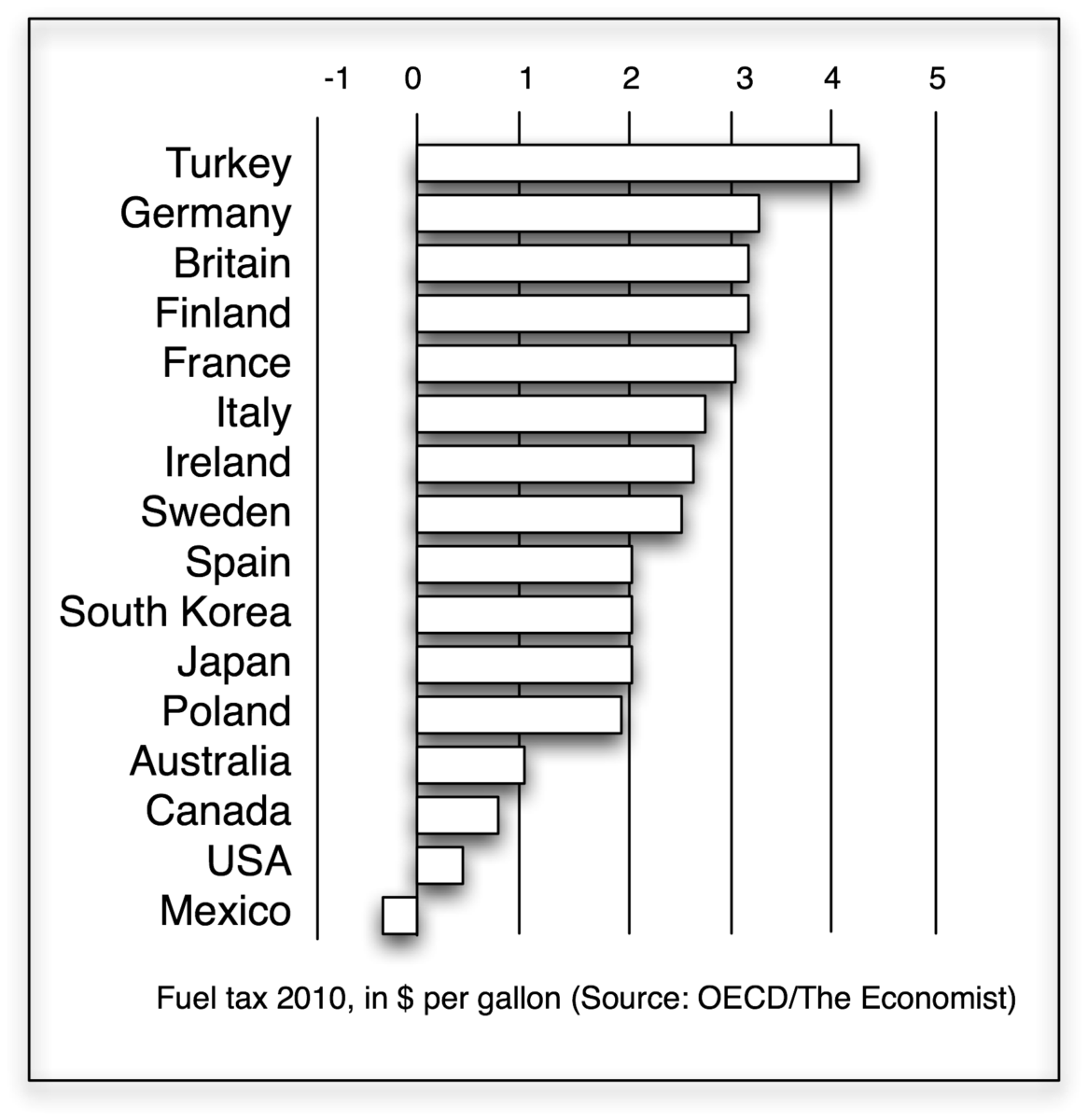 I originally published this at Bloomberg, March 22, 2019. All of my Bloomberg columns can be found here and here. 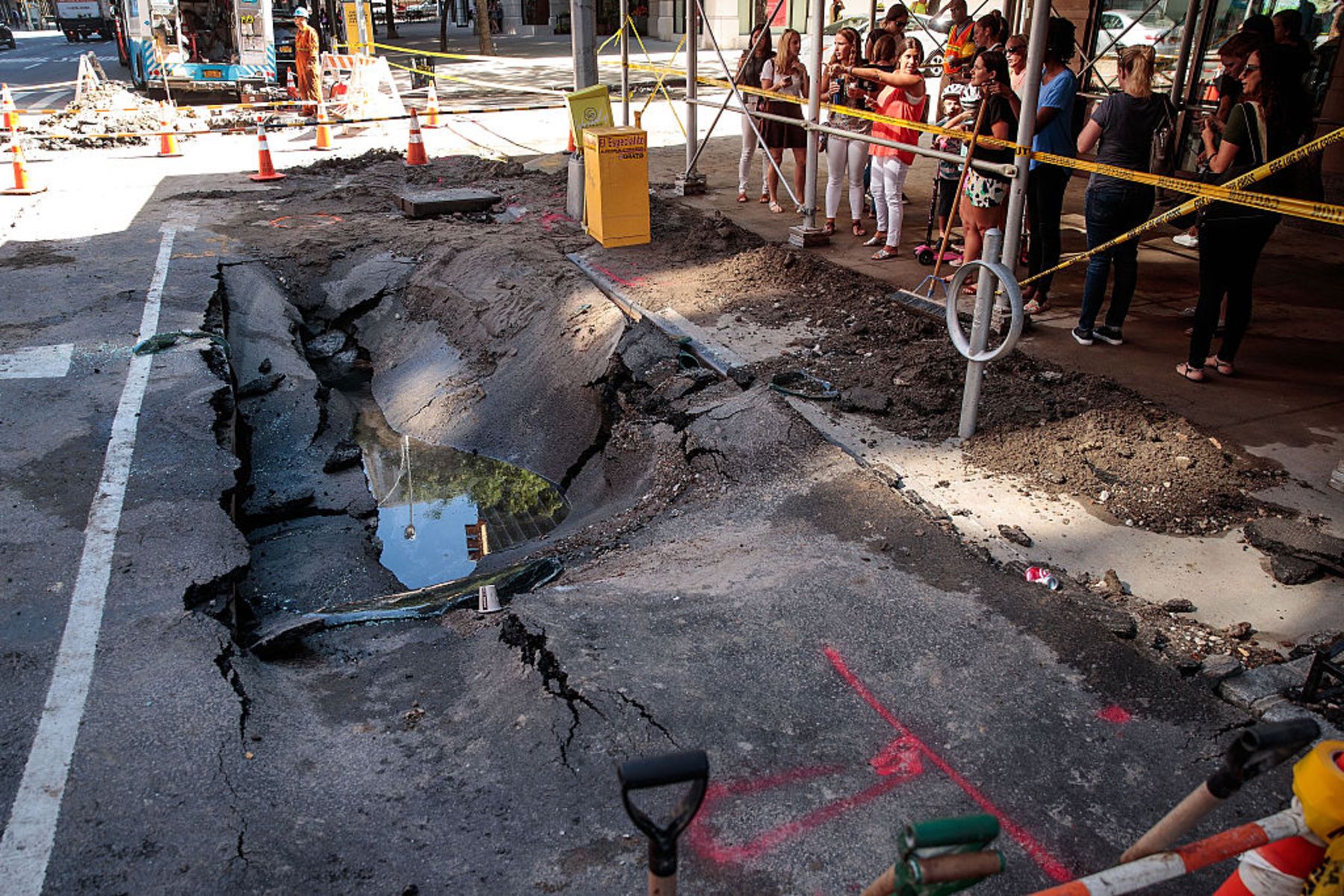 Succinct Summation of Week’s Events for 3.29.19