With Herman Cain and Stephen Moore apparently on life support for Fed slots, looks like Art Laffer is stepping up his game.

Laffer recently appeared on Fox News (clip is less than a minute), and wreaked havoc on the very fabric of time:

Entirely discredited “economist” Art Laffer said that Obama is the reason for the great recession, which started in 2007. “Serious news” anchor Martha MacCallum did not follow up on that little nugget pic.twitter.com/o4Z7jNWh1A

So we’re clear, Art Laffer claims Obama “was the reason why we have the Great Recession.”

NBER officially dated the recession as having started in December 2007. The presidential election took place about a year later in November 2008.

With those two undisputed facts, let’s get to the fun part, via Catherine Rampell, whom I turned to for an assist on the polling data. She did not disappoint. 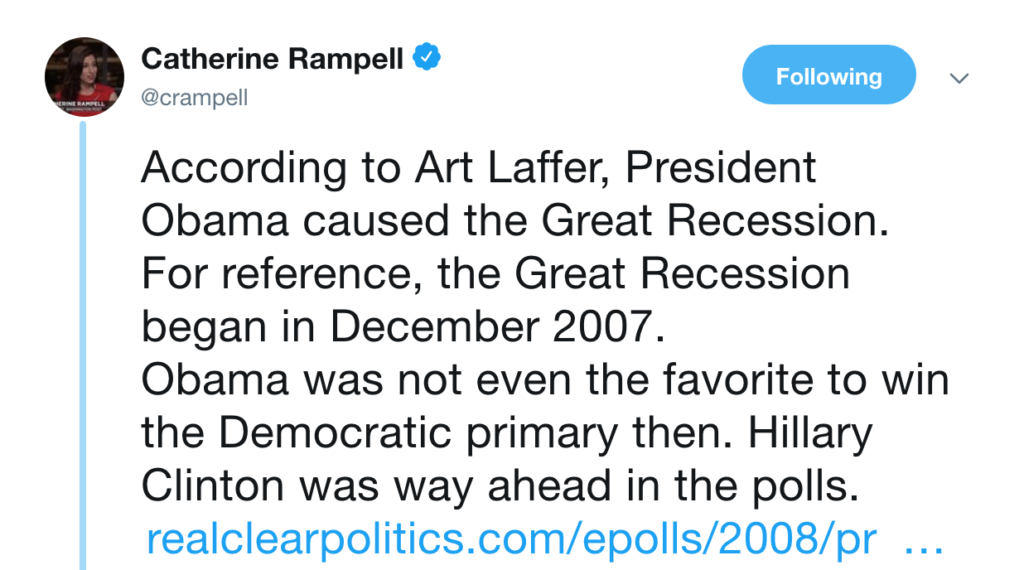 Here’s a chart of the Democratic race, showing Clinton in the lead into early 2008, i.e. well after the recession had already begun. The stock market (SPX) peaked in early October 2007. 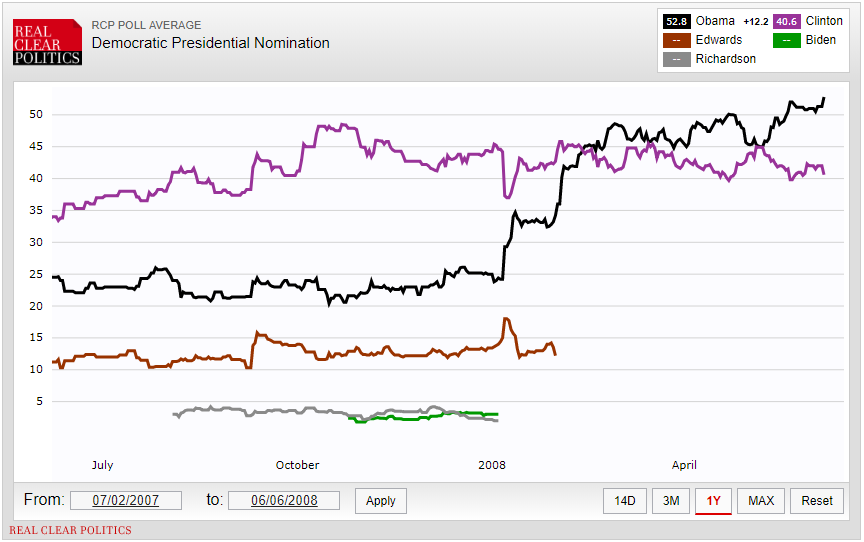 So, in summation: Obama was responsible for a recession that began almost a year before he was elected and which started at a time that he wasn’t even the leading candidate in his party.

Thank you, Art Laffer. Your Fed seat awaits you.