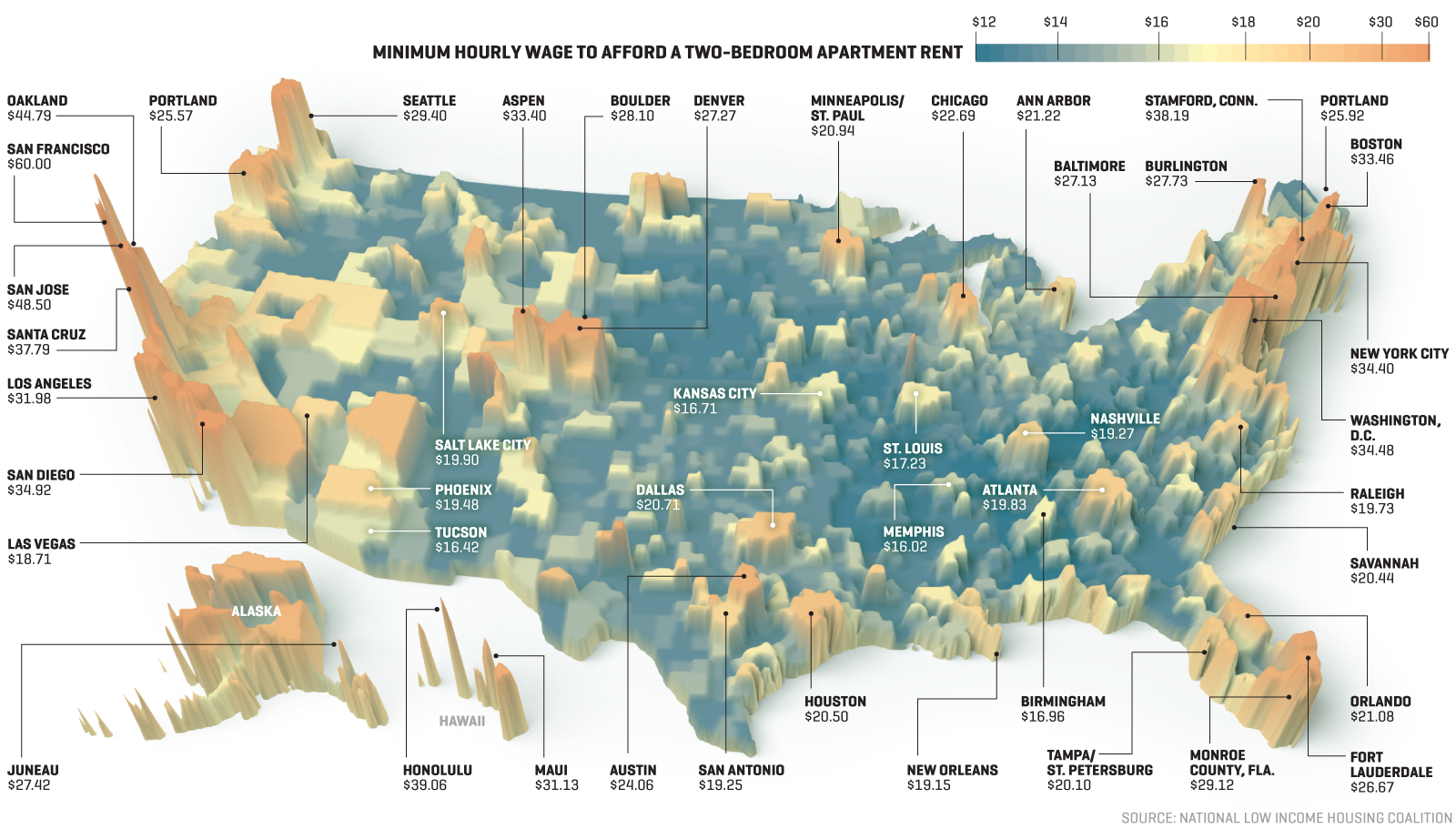 Last December, Fortune had a big column on The Shrinking Middle Class. Included was a fascinating set of data & graphic looking at something we all know to be true: The American middle-class, under lots of pressure, is fading.

I was reminded of this recently, courtesy of Ray Dalio’s comments (Why and How Capitalism Needs To Be Reformed) and his 60 Minutes appearance, where he stated “wealth inequality is a national emergency.” Throw in JPMorgan Chase CEO Jamie Dimon’s annual letter to shareholders on top of that, and it is clear at least some of the 0.01% understand there is a major problem here.

The numbers are not debatable: Following World War II, economic growth, productivity and wages all increased together. But that relationship seems to have broken in the late 1970os, and became even more disconnected beginning in the 1980s,.

Despite the “productivity of the economy growing by 77 between 1973 and 2017” average compensation rose only 12.4% (both figures are adjusted for inflation). Add to that the decline of labor unions and numerous tax reforms that favored capital owners, and you have the making of a radically shrinking middle class.

I have no idea how this resolves itself. Typically, after a major financial crisis (like the GFC) reforms get put into place that tend to help that bottom 90%. Very little of that occurred this time. After the Great Depression, the public benefitted from the creation of S.E.C., and the FDIC, Social Security, and the rest of Roosevelt’s New Deal.

Not this time around. Instead, we have Popularism, grifters, and other carnival barkers. It is not surprising the electorate is angry; it is disappointing they have not found their champion — yet.

Contra to this NRO nonsense: The Myth of the Stagnating Middle Class.