The past decade has seen a big shift in how investors put their capital to work.

The rise of indexing has gone through several different phases. The public has used a variety of reasons to shift from traditional active mutual funds to the Blackrocks and Vanguards of the world. Here are a few of my observations about this dynamic set of consensus shifts among mom & pop investors:

It (arguably) starts with the public’s understanding of indexing as simply too difficult: Few if any money managers manage to consistently beat the market over time. The cause is mostly human behavioral issues, plus the fact that among active managers, markets are a zero-sum game. The end result of this is a raft of bad sell decisions, poor timing, excess trading, taxes, even childhood trauma. The net result of all of this leads to below market returns. I would suggest this was a 1980s – 1990s theme (as well as was Burton Malkiel’s thesis is A Random Walk Down Wall Street). But everyone was making so much money in that tech/dot.com boom, few even noticed indexing.

Once the tech boom went bust in 2000, this “active versus passive” debate has shifted closer towards Jack Bogle’s original insight: Costs matter. Whatever advantage active might contain is offset by the much higher 100 to 200 basis points cost disadvantage of those funds. Bogle’s market-cap based index can be had for a few basis points, and it outperforms nearly all of the pricier active managers over longer periods of time. Of the few that might be worth the cost, no one investor can select them in advance. I think this is the driver of the 2000-09 era.

Both of these ideas were joined post crisis by the idea that “the simple” was more advantageous than “the complex.” Call that 2009- to present.

Which brings us up to the new regulatory change known as Reg Best Interest. It caused me stop and re-think this. Why would the brokerage industry push a new standard that is not in the best interest of investors yet is considered a win for brokers?

It dawned on me that all of the above elements – Costs, Behavior, Simplicity, Impossibility of Manager Selection, and the Zero Sum – were included in one over-arching theme: the Fiduciary Standard.

Add to that list all of the scandals of the past 20 years. Hey, maybe all of the shifts we have seen over the course of the rise of indexing are simply that investors have figured this out. Consider this paragraph from today’s Bloomberg column:

“Passive index investing has been around for almost five decades, but has become wildly popular in the past decade or so. Could it be that investors started making a connection between the accounting scandals of the late 1990s, the analyst scandals of the early 2000s, then the initial public offering spinning scandal, the mutual-fund timing scandals, the Bernie Madoff Ponzi scheme and, of course, the subprime scandal and the financial crisis?

It might be a stretch to say that any of these were caused by active stock picking. But then is the shift in money to passive strictly coincidental? My thesis is that the investors who dealt with fiduciaries suffered much less from these events and some of the investing public began to notice that.”

Consider this question: What of its Market Forces — and not regulations — that are driving the adoption of the both indexing and the Fiduciary Standard?

You can see the full column here.

1. Fundamental indexing (or smart beta) is pushback to this belief that market cap is the best approach. Thats an entirely different discussion.

I originally published this at Bloomberg, June 24, 2019. All of my Bloomberg columns can be found here and here. 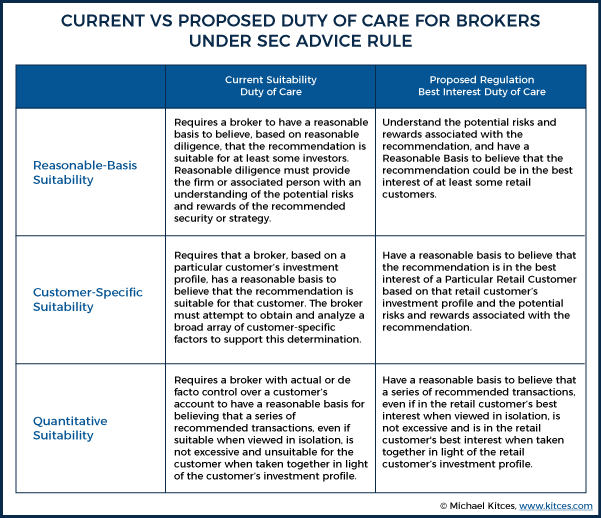