This post discusses the participation rate in, and account balance of, retirement plans among pre-retirement U.S. households in the past three decades.1 Our analysis utilizes Survey of Consumer Finances (SCF) data from 1989 to 2016. The survey is suitable for our study because it provides cross-sectional data on U.S. households’ demographic characteristics, incomes, balance sheets and pensions every three years.

According to the SCF, the retirement accounts include:

The retirement plan participants (or, alternately, nonparticipants) are therefore defined as those households that do (or do not) participate in any of the retirement accounts listed above.

There are two main findings in our study:

First, households’ participation rate in retirement plans over time had been roughly constant at 66% and even declined slightly in the past decade, to 62%. The figure below provides the supporting evidence. 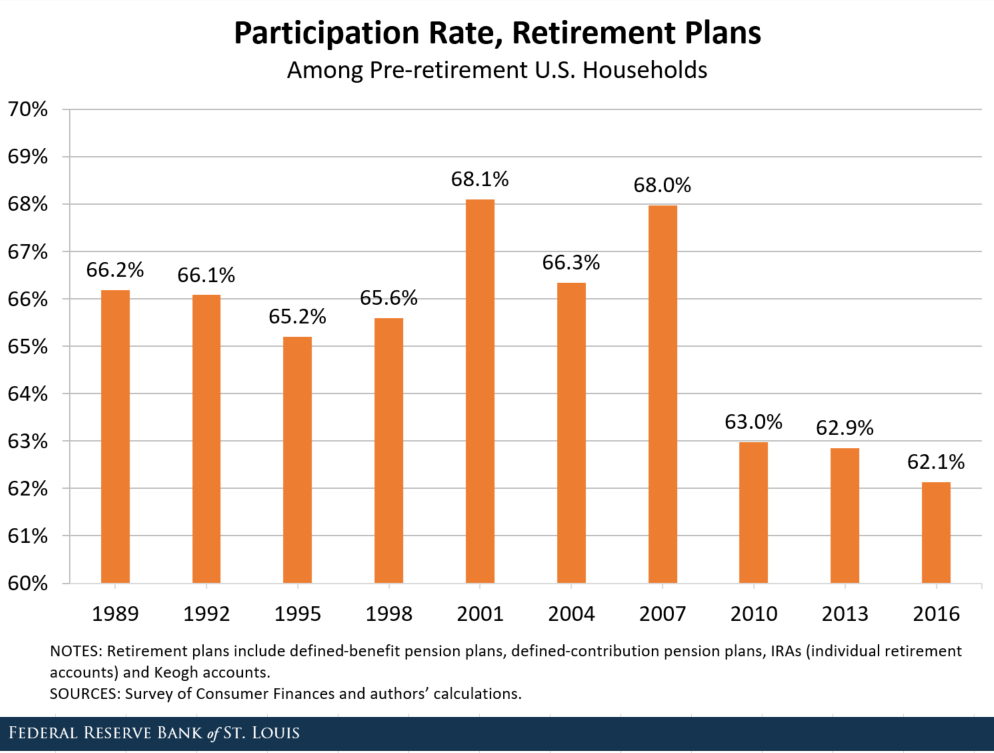 Given that utilization of retirement plans provides various benefits, such as tax benefits and matching contributions, this finding implies that many U.S. households do not or cannot take advantage of such benefits of the retirement plans.

It also indicates that despite the introduction of “auto-enrollment” features for many 401(k) plans and the improved accessibility of many retirement accounts, especially IRAs, the nonparticipation problem persisted over time.

Our second main finding is that the average value of all retirement accounts combined grew significantly during this period, as shown by the figure below. The average value increased from $54,000 in 1989 to $199,000 in 2016, indicating a more than 200% increase.2 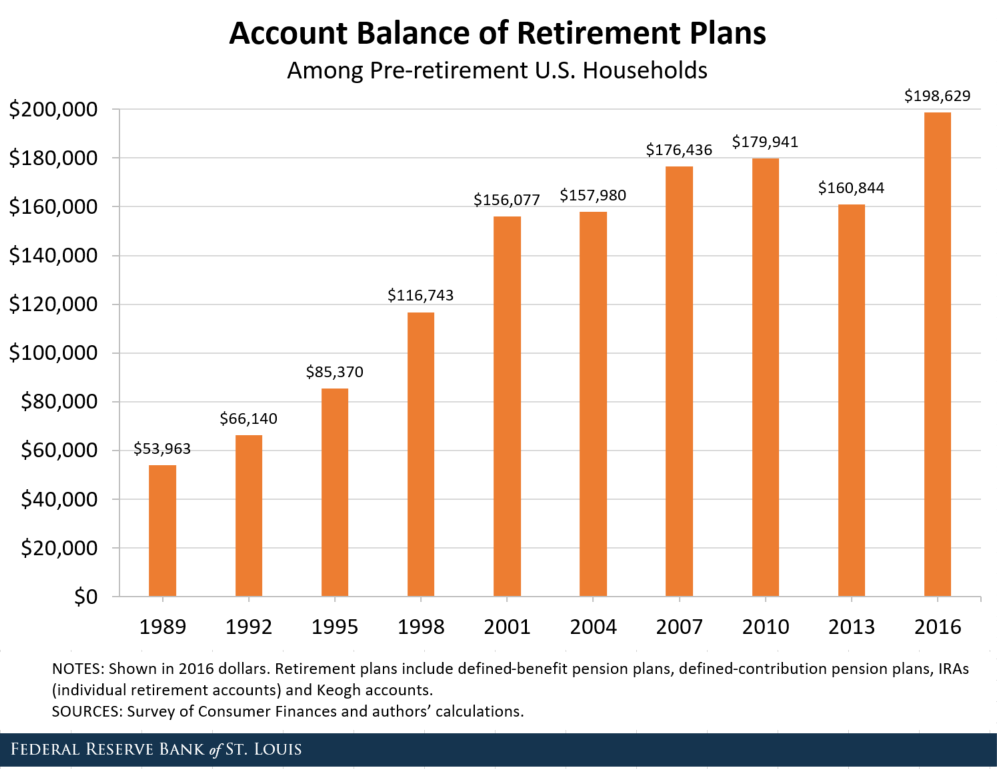 Part of this huge increase was due to economic growth. Naturally, as the economy grows, aggregate assets are accumulated and thus increase over time, resulting in higher output and a higher living standard. Thanks to the long-term growth of the U.S. economy, the average household net worth (the difference between assets and liabilities) also grew 95% during the same time.

1 In the survey, pre-retirement U.S. households are defined as those headed by someone from age 50 to age 65.

2 Note that the dollar numbers reported are inflation adjusted to 2016 dollars and therefore can be compared directly. These numbers are also rounded to the closest $1,000.