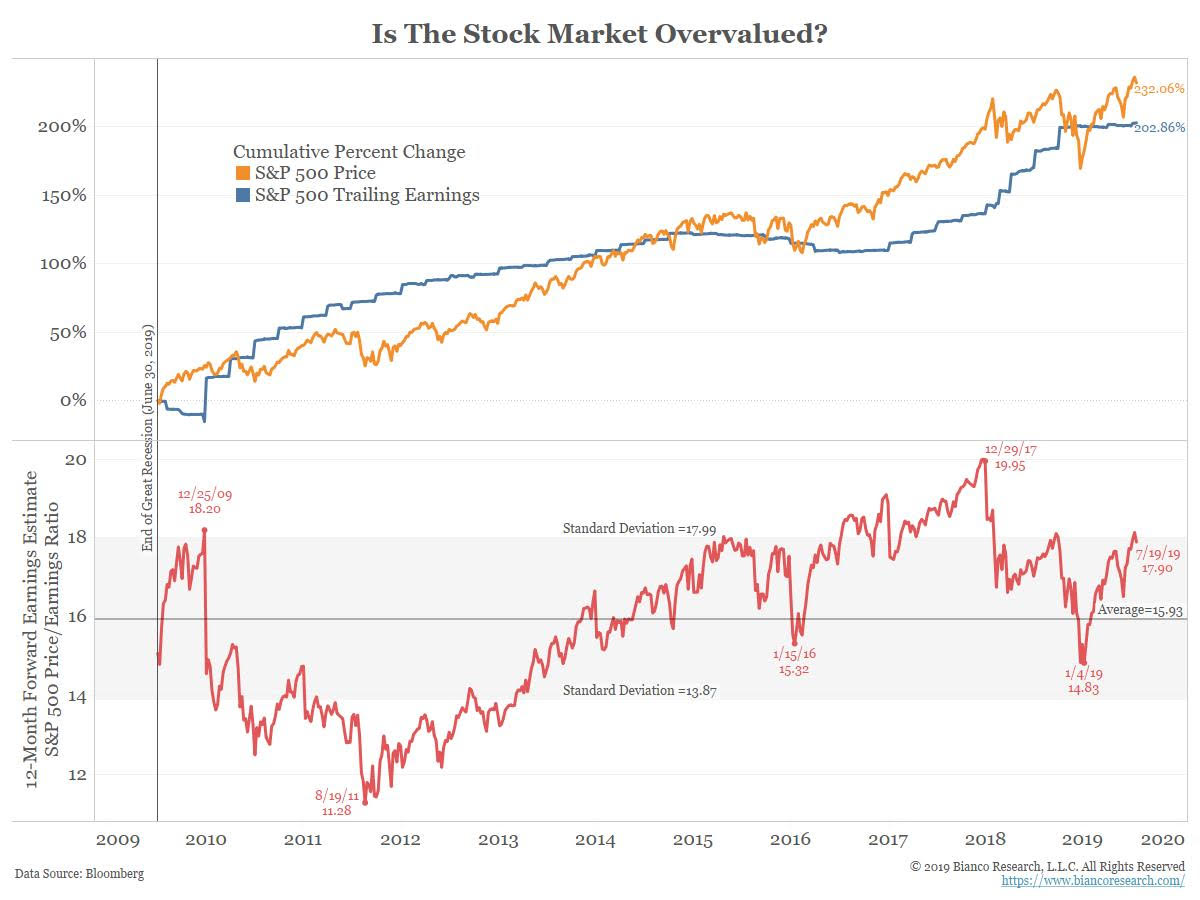 One of the least understood details of the great 1982-2000 bull market was just how significant the role of investor psychology was.

My favorite example has to do with multiple expansion. When the 1966 to 1982 bear market ended, interest rates were in the double-digits and P/E ratios were in the single digits. The bull market began with a 7X Earnings ratio for the S&P500 in 1982 and ended in 2000 with over 30X earning ratio. Look at how much earnings grew over that period and you cannot help but come to the conclusion that 75% of stock price gains were the result of multiple expansion; only 25% of the gains were the result of increasing profits.

What about this present expansion?

My friend James Bianco has crunched the numbers, and he came up with these data points:

Since June 2009, at the end of the Great Financial , earnings have grown 203%, The price of the SPX has risen by 232%. There has been surprisingly little multiple expansion in the last 10 years. (BR: Perhaps this is due to the collapse in earnings during the GFC).

Bianco notes “The forward PE ratio. is slightly elevated, but nothing unusual (bottom). Nothing out of line here. No bubble…”

MIB: Seeing the World Through a Lens of Risk