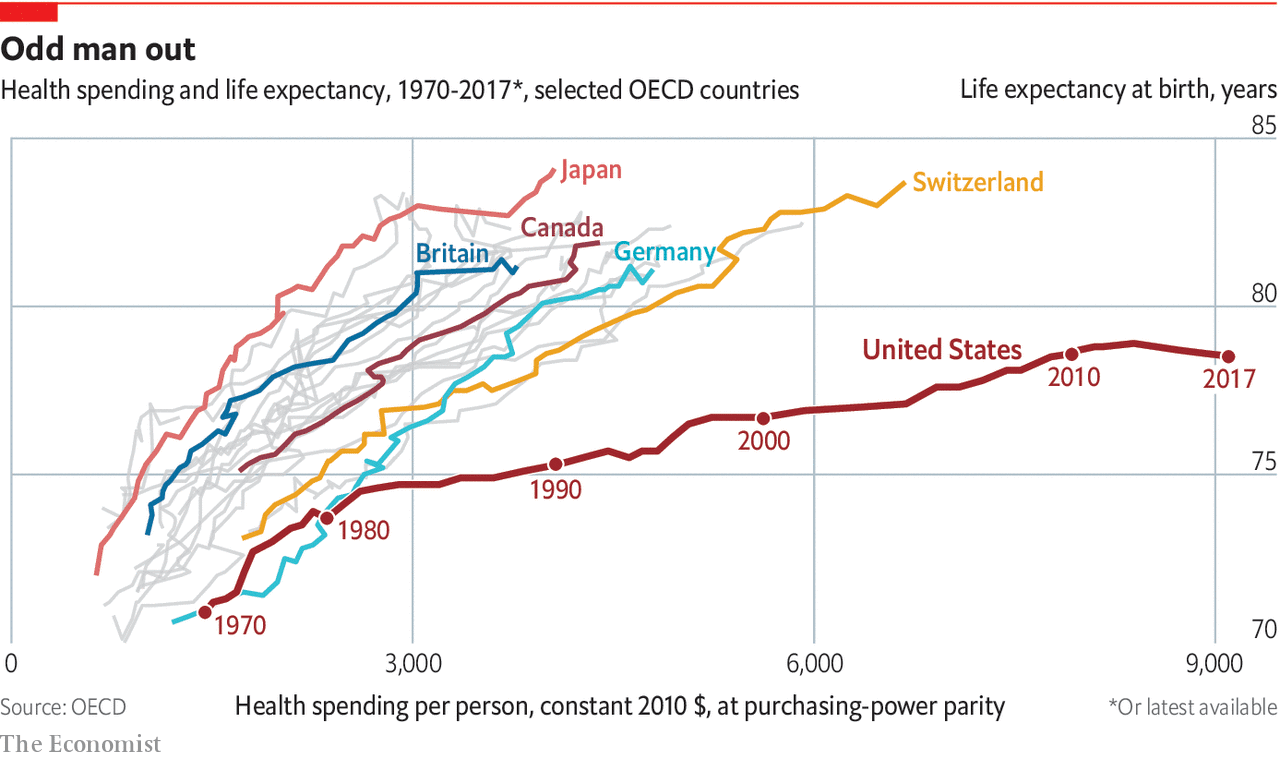 Here is the take from across the Atlantic:

“Republican reluctance to embrace health care, despite the president’s best efforts, is understandable. On the one hand, America’s health-care system is woefully dysfunctional: the country spends about twice as much on health care as other rich countries but has the highest infant-mortality rate and the lowest life expectancy (see chart). Some 30m people, including 6m non-citizens, remain uninsured. And yet, though costs remain a major concern—out-of-pocket spending on insurance continues to rise—Americans say they are generally satisfied with their own health care. Eight in ten rate the quality of their care as “good” or “excellent”. Few are in favour of dramatic reform.”