The default setting on modern humanity is for things to continually get better. Here is the New York Times:

“Two decades ago, nearly 10 million children did not live to see a 5th birthday.

By 2017, that number — about 1 in every 16 children — was nearly cut in half, even as the world’s population increased by more than a billion people.

The sharp decline in childhood mortality reflects work by governments and international aid groups to fight child poverty and the diseases that are most lethal to poor children: neonatal disorders, pneumonia, diarrhea and malaria. But the results are also highly imbalanced. In some places, children’s health has improved drastically. In others, many still die very early.”

The graphic depicts the past 20 years: 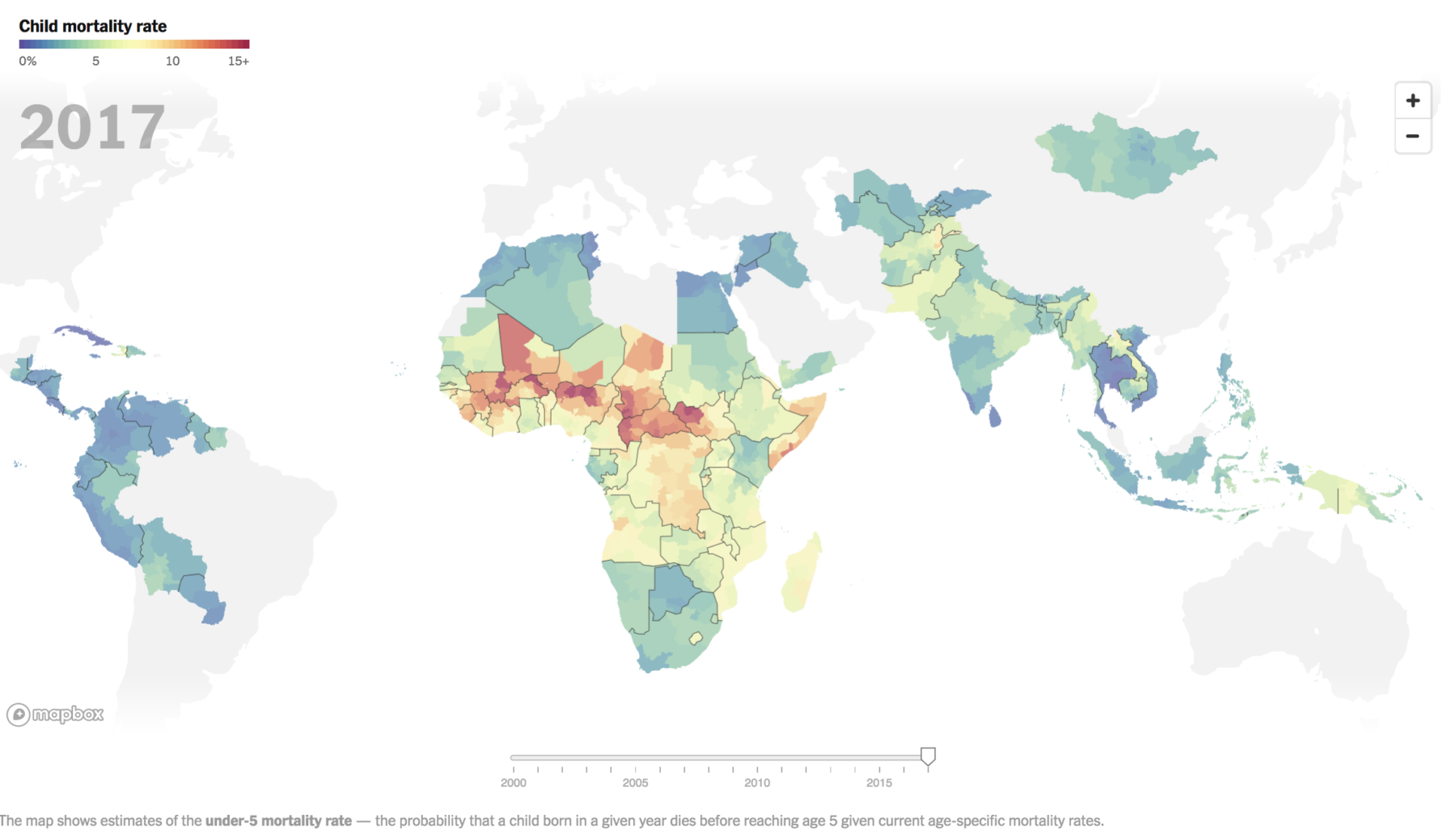