Here Are the 96 U.S. Cities Where Protesters Were Tear-Gassed 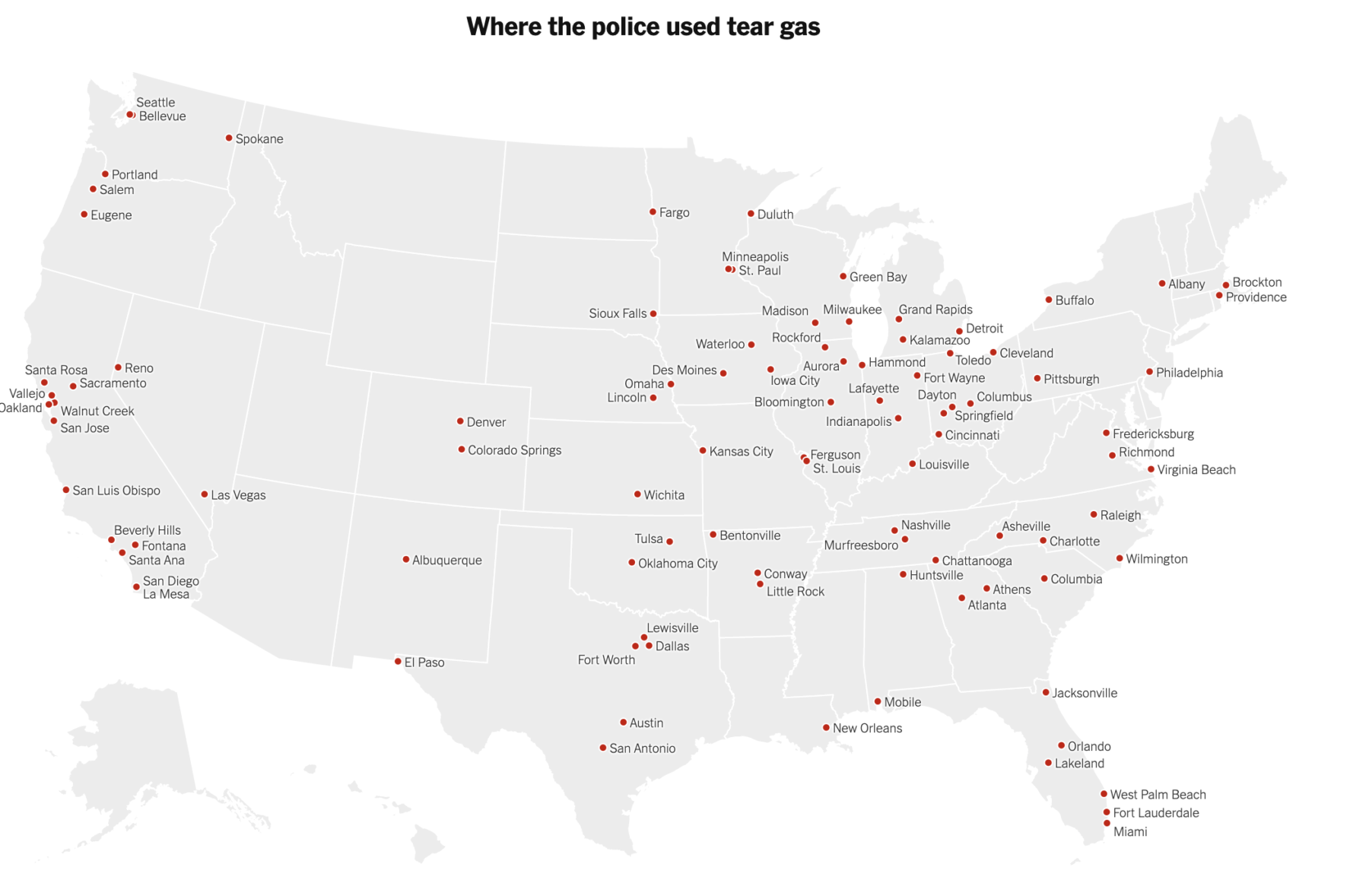 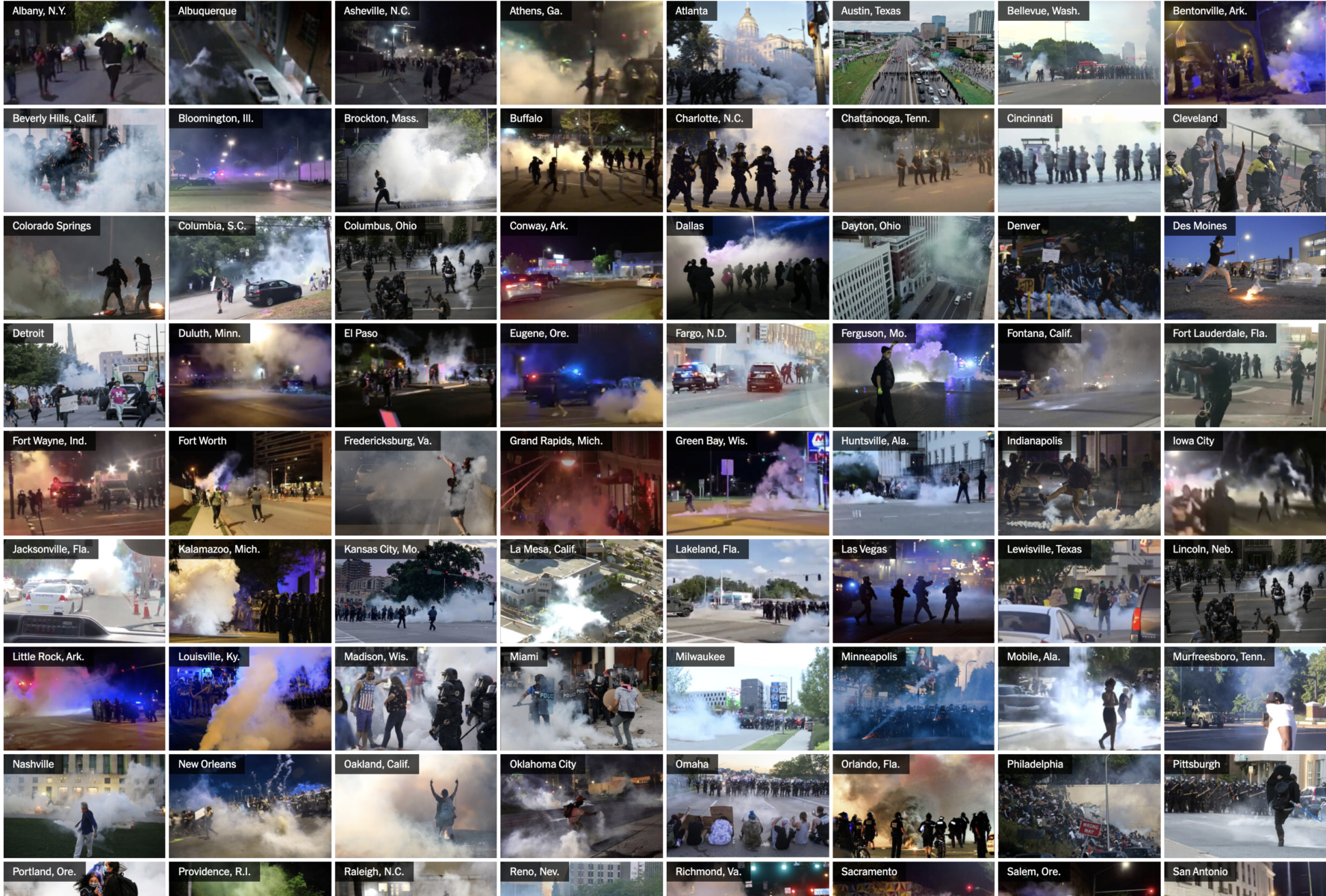 “At least 99 law enforcement agencies — many in large cities — used some form of tear gas against civilians protesting police brutality and racism in recent weeks, according to an analysis by The New York Times. This brief period has seen the most widespread domestic use of tear gas against demonstrators since the long years of unrest in the late 1960s and early ’70s, according to Stuart Schrader of Johns Hopkins University, who studies race and policing.

“Thousands and thousands of utterly ordinary people who thought they were going to an ordinary protest event are finding themselves receiving a really aggressive police response,” he said. “That itself is a bit horrifying. The police have actually succeeded in making people more angry.”

What other conclusion can you reach besides this one: The rights guaranteed by the U.S. Constitution were ignored by the State and trampled upon.

When citizens no longer can exercise their First Amendment right to peaceably assemble, when taxpayers cannot freely speak out about what they see as injustice, when the media that covers public events is targeted by the police, met with inappropriate force and violence by an arm of the State — what other conclusion can you reach?