Markets are under pressure today, down 2-3% pre-open: Between Fed Chairman Powell’s dour comments yesterday, and the spike in new infections we are seeing, hopes for a strong economic re-opening are now being called into question.

The chart above is a fascinating April 15, 2020 discussion from Biotech analyst at Morgan Stanley Matthew Harrison. The dark blue line at the far left of the chart showed actual United States non-cumulative infections at the time of that April publication. The lighter lines to the right of that are essentially a complex forecast.

To their credit, they (MS) noted “A recovery from this acute period in the outbreak is just the beginning and not the end. We believe the path to reopening the economy will likely take time. It will require turning on and off various forms of social distancing and will only come to an end when vaccines are available, in the spring of 2021 at the earliest.”

Even with that caveat, the chart above was an optimistic guess at what might have happened, and unfortunately, it assumed a degree of competency of governments and self-discipline among the population that apparently, did not exist. Hence, it wildly underestimates the impact of behavioral factors like cabin fever and pent up social demand from the population at large, and the commitment from many state governors — and especially POTUS — to make short-term economic sacrifices in order to achieve long term health and economic gains.

As was pointed out yesterday, America has failed its Marshmallow test.

For example, here is what the (non-cumulative) rate of infection in the USA looks like, via Statistica:

Number of new cases of coronavirus (COVID-19) in the United States from January 22 to June 10, by day 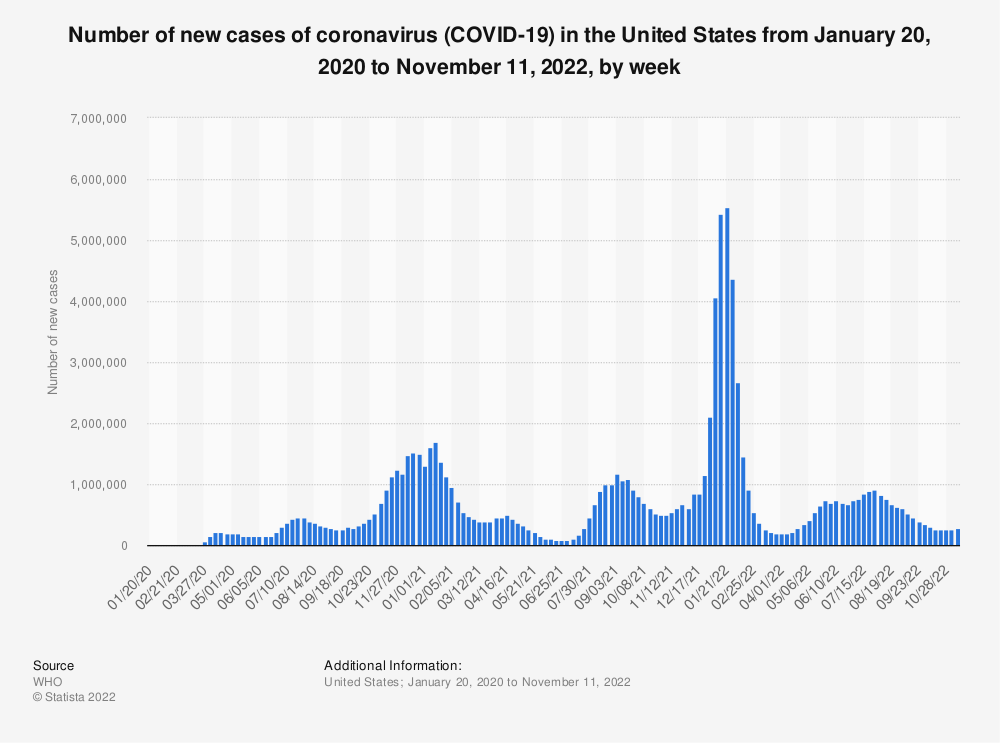 While the curve has been flattened, MS’s expected rates of daily new infection of under 10,000 in May and of under 5,000 in June infection was too optimistic by an order of magnitude. Predicting the future behavior of crowds of humans is much more challenging than we often realize. This is especially true if you build in expectations of rationality and sacrifice from individuals and institutions lacking any recent history of such.

What about that second peak in December/January?

Well, based on the most recent data, re-openings in various states, and the rise in infections and hospitalizations, we may be seeing a 2nd wave in June/July. That Winter wave might end up as the 3rd or 4th wave. It is yet another unforced error created by a lack of leadership and a mistrust in basic science.

Will Dr. Fauci be able to save us next wave(s)? I have my doubts.

Perhaps one more chart can show where we are — not on a national basis, but on state by state basis:

Are Coronavirus Cases Rising Or Falling In Your State? 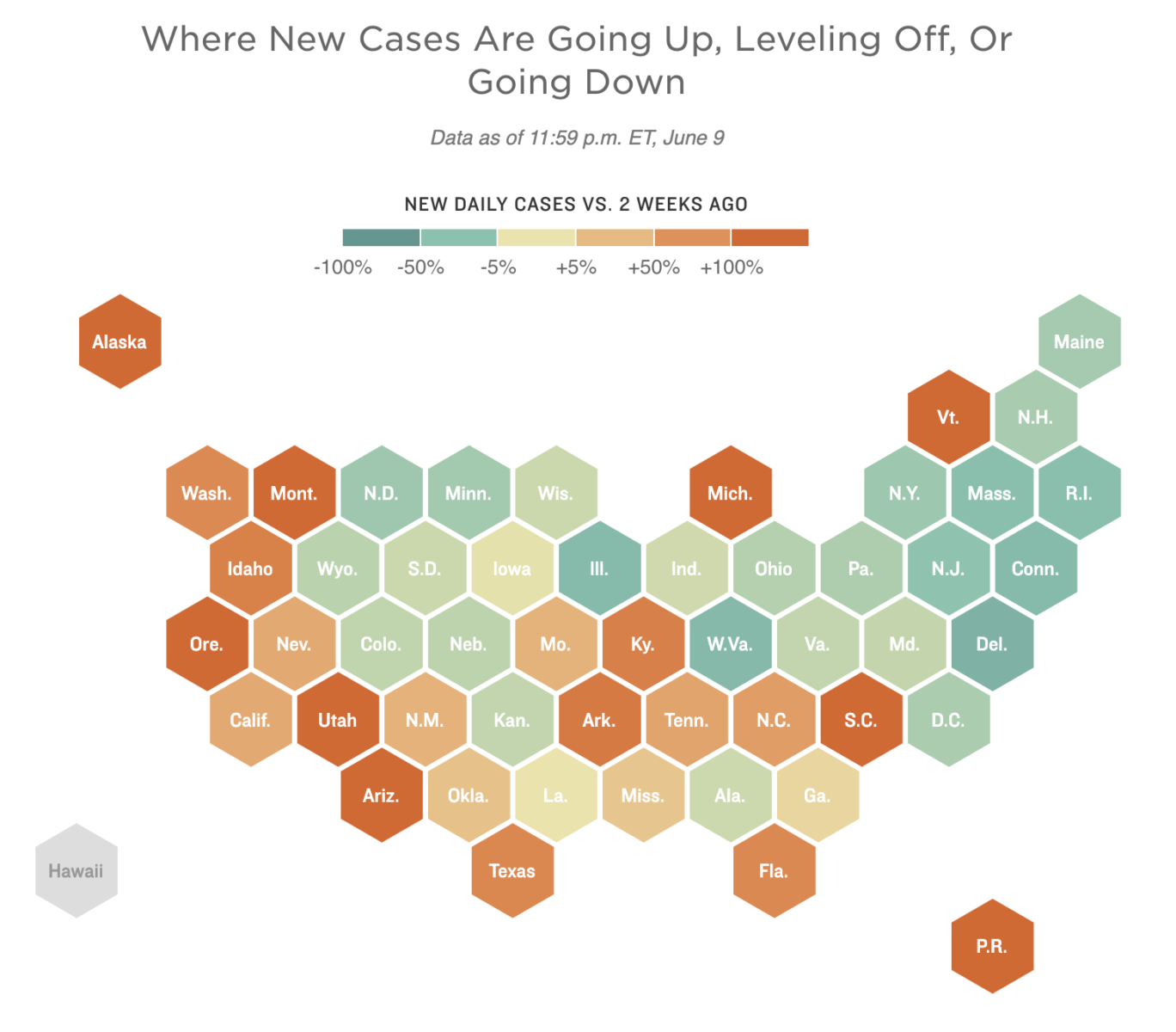 While the timing and magnitude of the “second wave” forecast at top was wrong (so far), the direction is clearly correct:

This much longer tail would put the total U.S. time to peak at about four times that of China and twice as long as in Italy, driven by the slow uptake of social-distancing measures and lack of robust testing.”

In other words, the US response was so incompetent at a national level that this is already bad, and it has a high possibility of getting worse. And that is before we see the newest waves of infections caused by protests.

Finally, if your goal was to rapidly cause the spread of a respiratory disease, then perhaps the very best way to accomplish that would be to use Tear Gas and Pepper Spray on large groups of people who are in close proximity to each other. There will be many new infections and possibly an increase in deaths that result from that policing decision.

Who will be held responsible for giving those orders?

Previously:
On Predictions and Forecasts

America Fails the Marshmallow Test: We lack the will to beat Covid-19.
By Paul Krugman
NYT, June 9, 2020