Can money buy happiness? Two centuries’ worth of books suggest it can 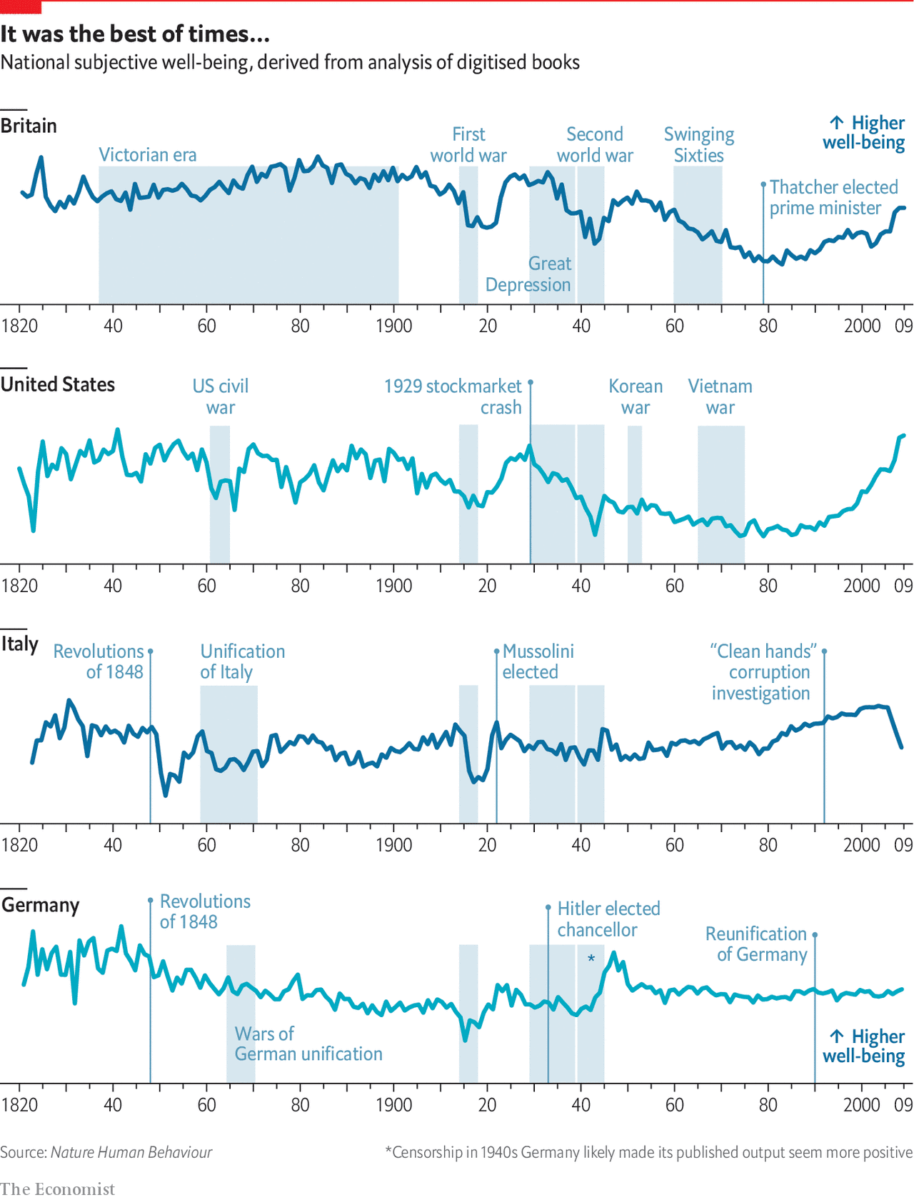 This is a fascinating look at a topic we have discussed many times before: What exactly is happiness, and how does money relate to that?

The issue with many attempts to measure happiness or well-being is that too often, they tend to rely on problematic surveys. Asking people questions tells you what they believe to be true — not what is actually true. This is a nuanced but crucial distinction.

Enter Daniel Sgroi (University of Warwick) and Eugenio Proto (University of Glasgow), both in Britain. They have attempted to construct the “National Valence Index” — a more objective measure of happiness and life satisfaction:

“It is difficult to estimate how happy people were during previous centuries. Here we show that a method based on the quantitative analysis of natural language published over the past 200 years captures reliable patterns in historical subjective wellbeing. Using sentiment analysis on the basis of psychological valence norms, we compute a national valence index for the United Kingdom, the United States, Germany and Italy, indicating relative happiness in response to national and international wars and in comparison to historical trends in longevity and gross domestic product.”

That is a rather interesting approach.

Here is how The Economist describes the conclusion of their research regarding the relationship between money and happiness:

“As to wealth, the steady progress of the Victorian period matches a steady increase in British happiness, as did the economic boom of the 1920s, which also lifted American spirits. Both countries’ spirits fell again in the Great Depression that followed the stock market crash of 1929.. After the lows of the 1970s, though, happiness in both has been on the rise ever since.

Overall, then . .  happiness does vary with GDP.. But the effect of health and life expectancy, which does not have the episodic quality of booms, busts and armed conflict, is larger, even when the tendency of wealth to improve health is taken into account.”

That seems like a rational conclusion regarding happiness: Money can buy you some happiness, but not as much as being healthy over your lifetime.

Can money buy happiness? Two centuries’ worth of books suggest it can.
The Economist, October 16, 2019

In 1966, Australia switched from pounds to decimal currency. The country’s central bank issued a new range of banknotes with modern...

Imagine you are the founders of an early a social-networking website at an Ivy league school. You want top expand the footprint, so you...

The transcript from this week’s MIB: Cameron & Tyler Winklevoss is below. You can stream/download the full conversation,...

This week, we speak with co-founders of cryptocurrency exchange Gemini. The duo received a multimillion-dollar settlement in 2008 after...

In Money We Trust? is an illuminating one-hour public television documentary that answers the question, “What is money?” In... 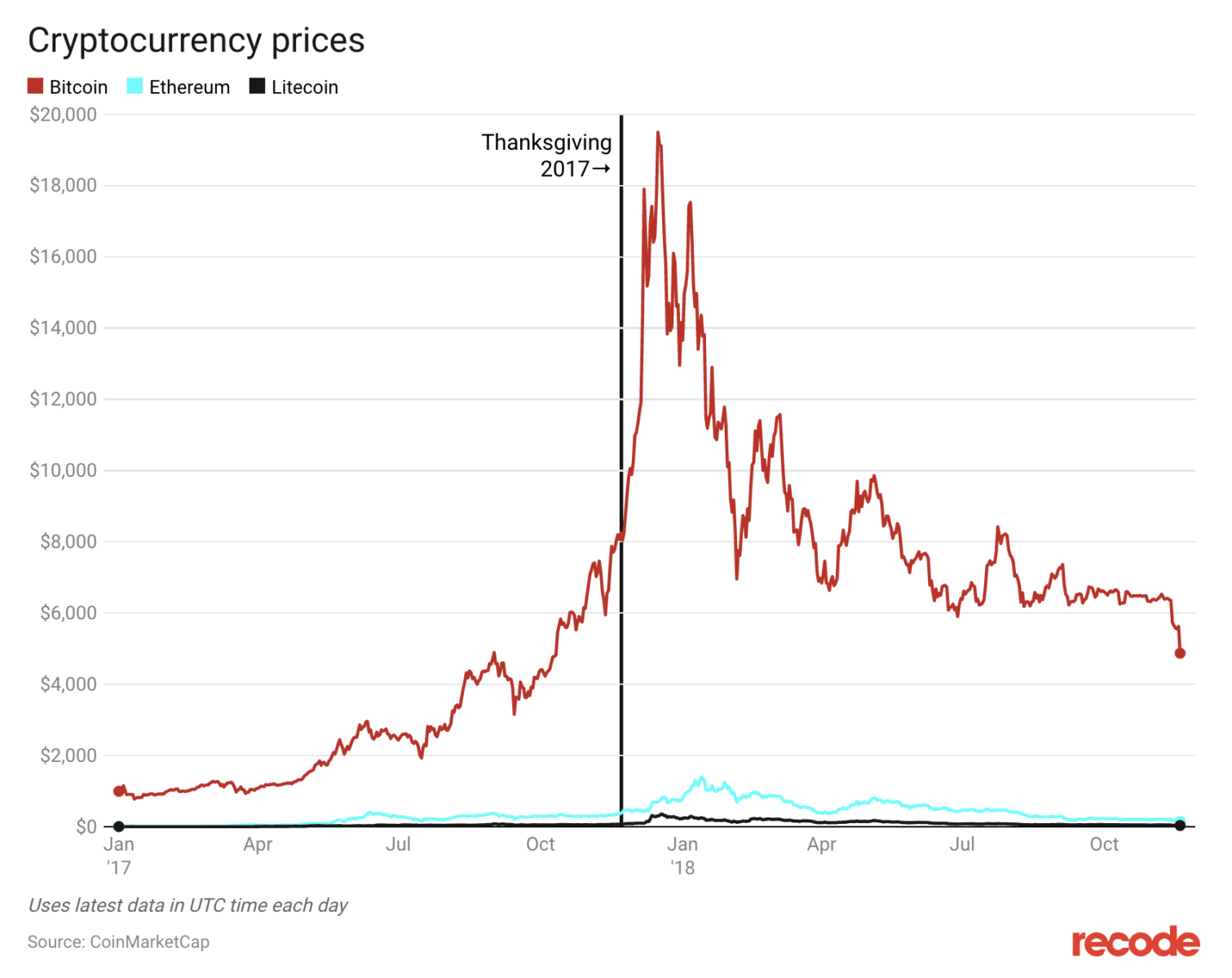 Some good advice from the folks at Recode: “So in case the people around your table bought into crypto last year and didn’t get...

Dalio Says Next Downturn Is ‘Couple of Years’ Away Dalio Says ‘Time to Buy Is When There’s Blood in the... In today’s morning reads, I linked to this Medium column, which is worth reading idf you are interested in this sort of stuff:...

Paul Vigna tells the story of attending a small conference over the Summer of 2013 about cryptocurrencies and blockchain. A former Dow...