October Is the Scariest Month for Investors, Along With All the Others
Actually, worry more about September.
Bloomberg, October 1, 2018

Boo! October is here, and that inevitably means fear of stock-market crashes. Whether it is the Great Crash of 1929 (Black Tuesday) or the 23 percent one-day crash of 1987 (Black Monday), October has some scary history behind it.

But when we look at the full century of crashes objectively, October is much less frightening than its reputation.

Let’s look closer at the usual fear-mongering suspects on the internet, to see if there is anything to their annual angst. Two things we should be aware of regarding “the most dangerous” of all months: Historical patterns imply elevated levels of volatility, and market returns might be disappointing.1

The problem with the statistical claims about October is that we have an awfully small sample set. We have about a 100 or so Octobers to consider — too small a number to be used for drawing hard conclusions. Worse, the underlying market structure which may be responsible for some crashes has changed dramatically over that century. This is not a case of this time is different so much as it is a case of changing market structure, including lots of new ways to execute and settle trades. This doesn’t mean stocks are immune to trouble; rather, it suggests old market structure issues have been resolved, perhaps in exchange for a set of new and different problems. Still, markets have been upgraded and modernized, with old creaky plumbing replaced with new technology.

Rather than waiting 1,000 years for a sufficiently large sample size, let’s see what we can say with some degree of confidence about markets in October during the past century. Much of the evidence doesn’t seem to support the argument that stocks are especially dangerous this month.

Research firm Bespoke Investment Group assembled the data, and found the worst month for market performance has been September. October has been on average positive. And whatever softness there has been historically seems to be dissipating.

Average monthly percentage changes for the Dow Jones Industrial Average for the month of October have been positive 0.40 percent during the past century, with gains 62 percent of the time. On an annualized basis, that works out to a 4.8 percent return for a year. During the past 50 years, returns have been 0.84 percent in October, for an annualized return of 10 percent. The market has also been up 62 percent of the time in October. And if we consider just the past 20 years — a period that includes the dot-com bust, the financial crisis and a 13-year bear market — the Dow was positive in 15 out of those 20 years, gaining an average of 2.5 percent in October. Annualized, that would be a 29.9 percent return — the best performance of any month on the calendar, according to Bespoke. The Standard & Poor’s 500 Index has behaved in a similar fashion.

This is hardly the stuff of nightmares.

Given that the 10th month of the year is much less frightening in reality than its reputation, what might explain this irrational fear of October? My money is on the psychological power of anecdotal evidence, and the coincidence of two big October market crashes, 1929 and 1987, and October 2008, when the market tanked after Lehman Brothers’ failure a month earlier sent the financial crisis into high gear.2

As is so often the case, the plural of anecdote is not data.

Just consider all of the other notable crashes that have occurred in months that were not October. The tech bubble began tanking in March 2000; the Flash Crash was in May 2010, the same month as the Panic of 1901. The market seems to have anticipated the recession of 1920–21 by peaking in November 1919, then sliding until it hit bottom in August 1921.

My favorite parallel to the 2008-09 market debacle was the 1973–74 stock market crash. Stocks peaked in January 1973, then fell about 57 percent, and bottomed in December 1974. Nary an October date was key to anything in that mess.

Mark Twain was a notoriously bad investor. As my colleague Mike Batnick explained in “Big Mistakes: The Best Investors and Their Worst Investments,” every terrible idea of his era caught his attention and money. And it wasn’t simply of matter of what he did invest in, but what he didn’t. Despite his penchant for foolish speculation, he decided to pass on Alexander Graham Bell’s new-fangled idea, the telephone. He was that bad.

His misadventures in investing did teach him a thing or two about risk. In “Pudd’nhead Wilson,” Twain wrote “October: This is one of the peculiarly dangerous months to speculate in stocks. The others are July, January, September, April, November, May, March, June, December, August and February.”

The rest of us might take a lesson from his misfortunes.

1. If you want to stress about a calendar month with the lowest returns, that would be the month that just finished — September. Indeed, historically, September has many more months in the red than does October.

2. Given the irrationality of humans and how often seemingly irrelevant issues affect our thought processes, I would not be surprised if a study in the future showed it was merely something as foolish as being the month that has Halloween in it.

I originally published this at Bloomberg, October 1, 2018. All of my Bloomberg columns can be found here and here. 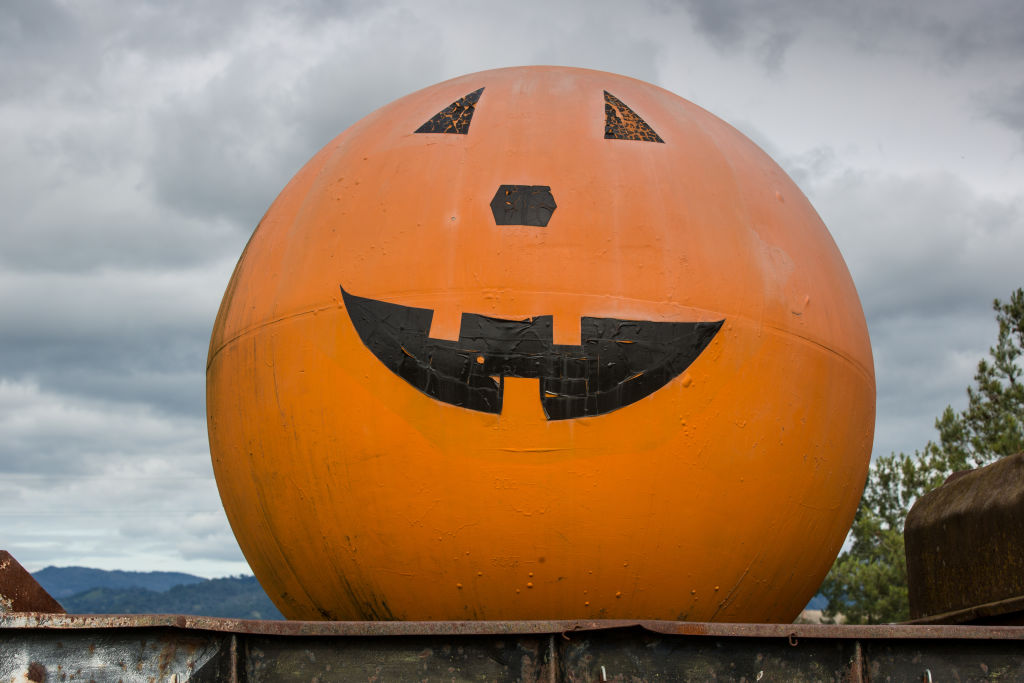 BBRG: The Next Financial Crisis Is Staring Us in the Face