I never went looking for a fight with Overstock. It is not what I cover, and its weird collection of oddball employees, sycophants and various asshats holds no lure for me.

In the mid aughts, I was writing about real estate and derivatives and (de)regulation and silly investor errors. Eventually, I began documenting the fallout from financial crisis, and I would end up short Lehman Brothers, AIG, CIT and others as it all fell apart. I happily debated the legitimate issue of the role of short sellers in the marketplace (see this and this). All of those writings eventually morphed into a book.

I was not that interested in writing about specific companies: first, it created a compliance headache for me (at the time, I was Market Strategist for Maxim Group, a Broker/Dealer), and second, I have little interest in the minutia of day-to-day operational issues of companies. The blog is called the Big Picture for a reason.

Besides, $OSTK was not especially relevant — it was a 3rd tier online retailer operating in the shadows of giants like Amazon, eBay, Walmart, Etsy, etc. They did less business online than Sears, for crying out loud. Who really cared?

But any publicly-traded company must expect some degree of scrutiny from the financial press and business analysts that cover them, including writing about their execution and performance. That this even needs to be stated warns you that something strange is afoot in Utah, where Overstock was HQ’d (note the local press there did a terrible job, utterly bamboozled by the firm). My writings on Overstock are listed below; given I have written almost 40,000 posts (1351 on Behavioral finance/Psychology alone), the < dozen or so writings of mine on this crew hardly amounted too much at all.

The pithiest, pissiest thing I wrote about Overstock was this:

“Overstock shareholders must be 1st rate fools happy to own a 2nd rate internet retailer managed by a 3rd rate CEO whose 4th quarter numbers were awful (400-bps gross margin miss and a 100% negative variance on EPS?), and for the 5th consecutive Q missed the prior sunny forecasts; we can expect to be missed for a 6th time in May.”

I was a minor voice in a chorus that included Herb Greenberg, Bethany McLean, Gary Weiss, Joe Nocera, Jeff Matthews, Sam Antar and many others.

As best as I can figure, my shorting of those stocks combined the temerity to discuss it publicly was enough to get me dragged into the $OSTK’s self-declared war on what they described as naked short-selling. This is a real but extremely minor issue in capital markets, and it was a brilliant excuse to change the subject from what needed to be hidden.

Change what subject? See the chart below.

A few folks figured out this was a giant misdirection to distract from a bizarre combination SEC investigations and other foolish errors and violations, including fraudulent accounting, frequent quarterly profit restatements, losing libel suits (including this scathing judicial decision), other embarrassing behavior from a CEO of a public company, and even corporate sanctioned criminal activity. To say nothing of Overstock being simply a mediocre company in a very competitive space.

What stands out — what stood out in real time as it happened — was sheer the idiocy of the behavior of the CEO of a public company. These were in pre-Trump days, and we had not yet seen this Trumpian form of distraction via outrage, insanity and misdirection. It was a foreshadowing of the present era of politics, as Huff Po observed in 2017: Fake News Pioneer Patrick Byrne Faces Reckoning.

I have a thick enough skin, so I ignored the attacks on me — until Overstock thought it was a good idea to create an enemies list, and engage in the legally dubious practice of “pretexting” the friends and relatives as a way to track, harass and threaten anyone who had the temerity to either cover or criticize Overstock, or who (legally) sold stocks short.

When professional creep and (now) convicted felon Judd Bagely pre-trexted my 14 year old niece, that was my red line in the sand. I called him a pederast on radio and tv, called for a boycott of Overstock, and dared him to sue me in court. (I suspected he knew I was an attorney and would have a field day in discovery). Gary Weiss recounts his criminal history with the nutty company and the illegal acts it participated in here.

Thus, it ends not with a bang, but with a whimper. Overstock CEO Patrick Byrne resigns, says he is heading to South America, to which I say good riddance to him and to the entire Overstock saga. 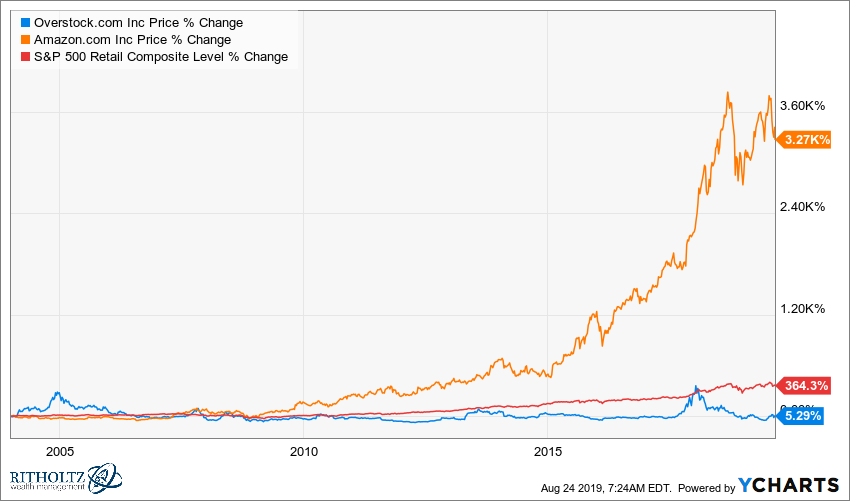 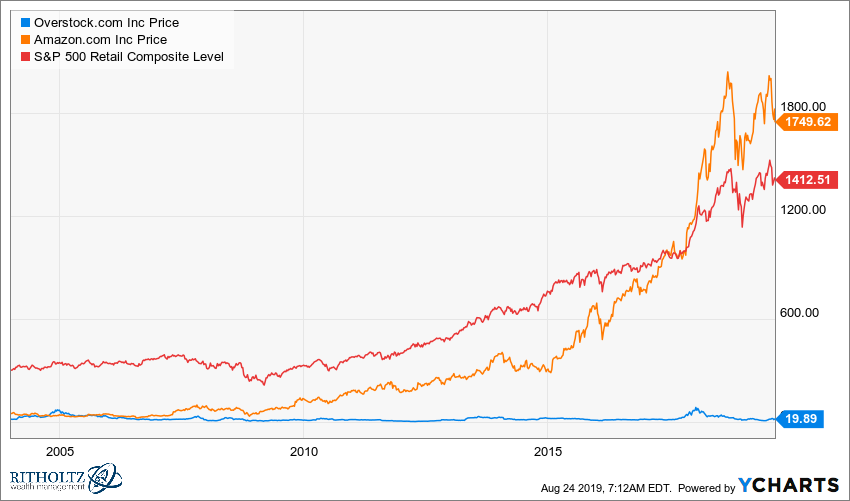