How Jim Simons Built the Best Hedge Fund Ever
The former code breaker and math professor figured out how to do one thing very well in markets.
Bloomberg, October 28, 2019 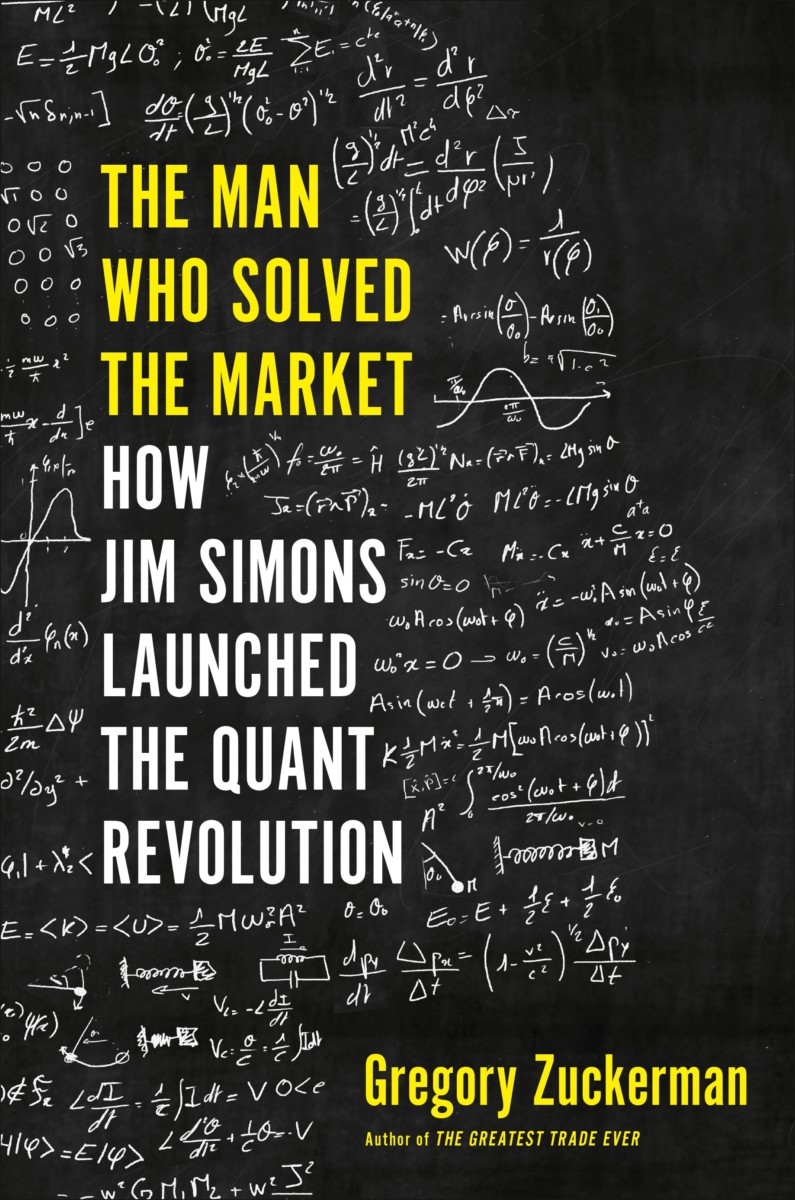 Every now and again, a book comes along that is so compelling, filled with so many fascinating characters and new information, that it demands a review.

“The Man Who Solved the Market: How Jim Simons Launched the Quant Revolution” is just such a book. Written by Wall Street Journal reporter Greg Zuckerman, it is a history of Simons and the secretive hedge-fund firm he founded, Renaissance Technologies LLC. Zuckerman spent 2 1/2 years researching the firm, eventually speaking to more than 40 current and former Renaissance employees. Despite the misgivings and deep opposition to this (or any) book about his career, Simons eventually agreed to sit for more than 10 hours of interviews.

The result is the definitive examination of the enigmatic Simons, filled with page after page of previously unknown details about Renaissance Technologies. As a longstanding Simons fan, I had devoured everything public about him and his firm. Much of what is in this book is new.

Start at the end. In Appendix 1, Zuckerman painstakingly reconstructs the 30-year track record of the firm’s crown jewel, the Medallion Fund. Although rumors of its performance have long circulated on Wall Street and in the press, the actual numbers are even more mind-blowing: From 1988 to 2018, Medallion returned 66.1% annually before fees. Net of fees, the gains were 39.1%. Estimated trading profits during those 30 years amounted to $104.5 billion. About those fees: If the standard hedge fund management fee of 2% of assets under management, plus 20% of the profits sounds expensive, then what do you think of Medallion’s “5 and 44”?

Simon’s personal net worth, according to Zuckerman’s calculations, is more than $23 billion. He got wealthy not on those fat fees but rather by having his own money invested in the Medallion fund. Simons figured the fund could not effectively manage more than $10 billion, so he returned outsider investors’ capital, allowing only employees to participate. Today, each Renaissance employee averages about $50 million each in the fund, though that number is skewed by the fund’s biggest holder, Simons.

In the early 1980s, long before Bloomberg terminals were ubiquitous on Wall Street trading desks, Renaissance bought lots of expensive computers, high-speed connections and giant data storage, none of it off-the-shelf tech. But what it provided was critical: a database of clean, live market prices that literally no one else in the investment world had. It may have been inordinately expensive, but it made all the difference.

Simons has had three distinct, successful careers. First, as a mathematician and code breaker, working for the Institute for Defense Analyses, which does work for the National Security Agency. Later, he was chairman of the math department at SUNY Stony Brook, which he built into a nationally ranked powerhouse. Last, he founded Renaissance, where rather than hire the usual analysts and economists, he hired mathematicians, physicists and computer scientists.

Simon’s other great, unheralded skill is his talent for building teams, first at IDA, then at Stony Brook and finally at Renaissance. He found the best people in their fields, doubled their salaries to get them to join, then gave them pretty much free rein to do their jobs. Access to the greatest money-making machine in history, the Medallion fund, is still a perk that helps Renaissance lure superior candidates.

“The Man Who Solved the Market” is filled with other fascinating characters, perhaps none more consequential — to both Renaissance and the nation — than former Chief Executive Officer Robert Mercer. It is a far more nuanced portrait of the conservative influencer than the ones usually found in the popular press. Mercer is a preternaturally calm and measured scientist, brilliantly rigorous and evidence-based in all things market-related. Yet outside of mathematics, he believes the wildest unfounded conspiracy theories, and buys into all manner of debunked nonsense. It is as if Mercer is an extreme version of everyone’s best and worst selves — a brilliant and rational professional, but driven by biases and seething emotions in his political life.

The book reads more like a delicious page-turning novel than the usual finance tome. Yet the book delivers less than what its title implies. Simons did not “solve the market”; rather, he created a system conducive to extremely profitable trades. In markets worth tens of trillions of dollars, Renaissance was limited to trading merely a few billion dollars. If he had truly solved the market, the Medallion fund would have been able to grow much larger than $10 billion. Instead, Simons only solved one problem: how to make himself and his investment partners fabulously wealthy.

I plan to reread this book much more slowly when the hardcover version arrives Nov. 5. My advice: Put it on your holiday gift list for your favorite hedge-fund honcho.

I originally published this at Bloomberg, October 28, 2019. All of my Bloomberg columns can be found here and here.