Richest 1% of Americans Close to Surpassing Wealth of Middle Class 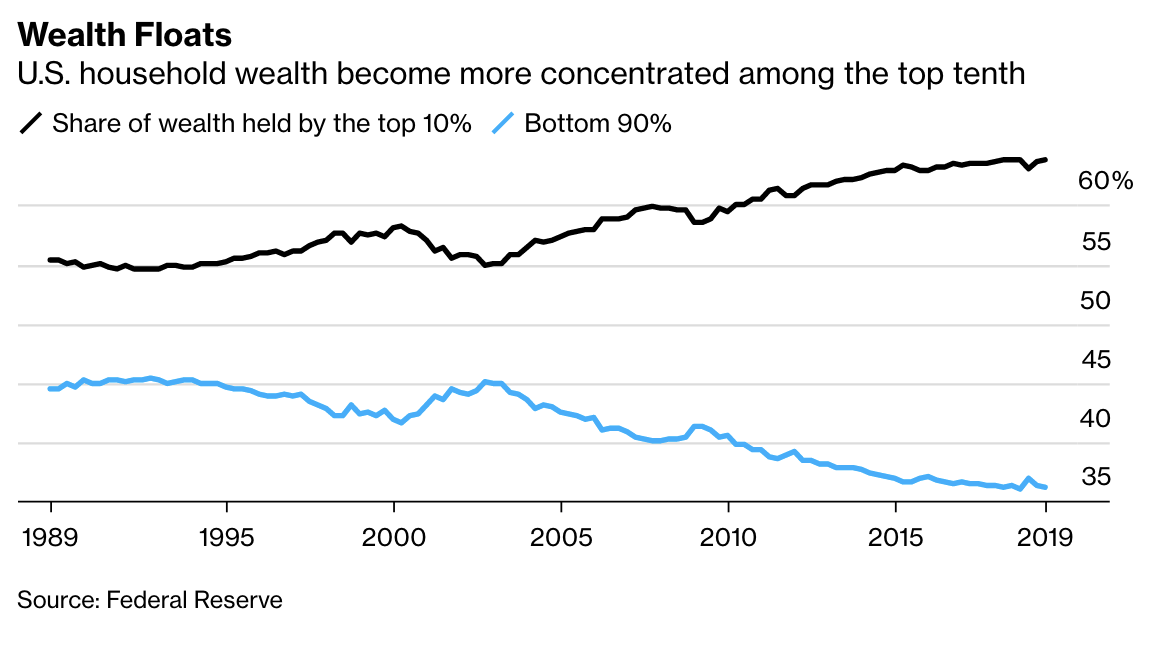 Earlier this year, we looked at a new series of data released by the Federal Reserve: It is a vast run of information taking apart details of U.S. wealth distribution, including not only ownership of wealth but households liabilities:

Is it any wonder Popularism has become, well, more popular? I suspect that proposals for wealth taxes, free college, medicaid for all, etc. are all a direct result of the widening gulf between the haves, and the have nearly everything (the have nots seem to have fallen out of the discussions).

The most recent quarterly data reveals that disparity between the wealthy and every one else has grown even further. Here’s Bloomberg:

“The U.S.’s historic economic expansion has so enriched one-percenters they now hold almost as much wealth as the middle- and upper-middle classes combined.

The top 1% of American households have enjoyed huge returns in the stock market in the past decade, to the point that they now control more than half of the equity in U.S. public and private companies, according to data from the Federal Reserve. Those fat portfolios have America’s elite gobbling up an ever-bigger piece of the pie.

The very richest had assets of about $35.4 trillion in the second quarter, or just shy of the $36.9 trillion held by the tens of millions of people who make up the 50th percentile to the 90th percentile of Americans — much of the middle and upper-middle classes.”

Credit the rising stock market, low rates sending real estate prices higher, and “cumulative advantage. The wealthier you get, the more opportunities present themselves to take advantage of the very capital-friendly environment.

Labor, on the other hand, is still playing catch up.

At the current rate of growth, the top 1% will soon pass the middle and upper-middle classes. “Household wealth in the upper-most bracket grew by $650 billion in the second quarter of 2019, while Americans in the 50th to 90th percentiles saw a $210 billion gain.” 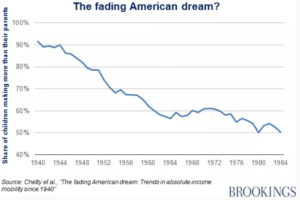 While many people are focused on the raw inequality, I believe there is an even bigger issue: lack of economic mobility and broad opportunities for people not born wealthy to succeed and raise their own prospects in life. The United States used to be the standard for this, but sadly, compared with other countries, we have fallen far behind in creating economic opportunities for all… 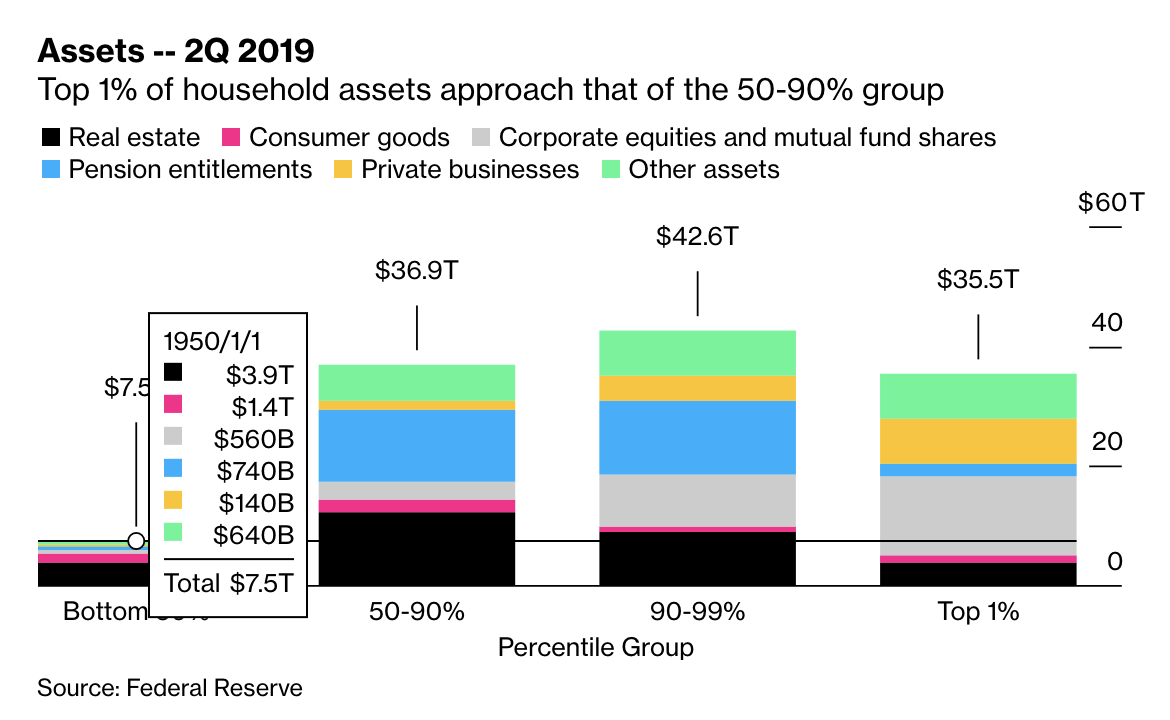 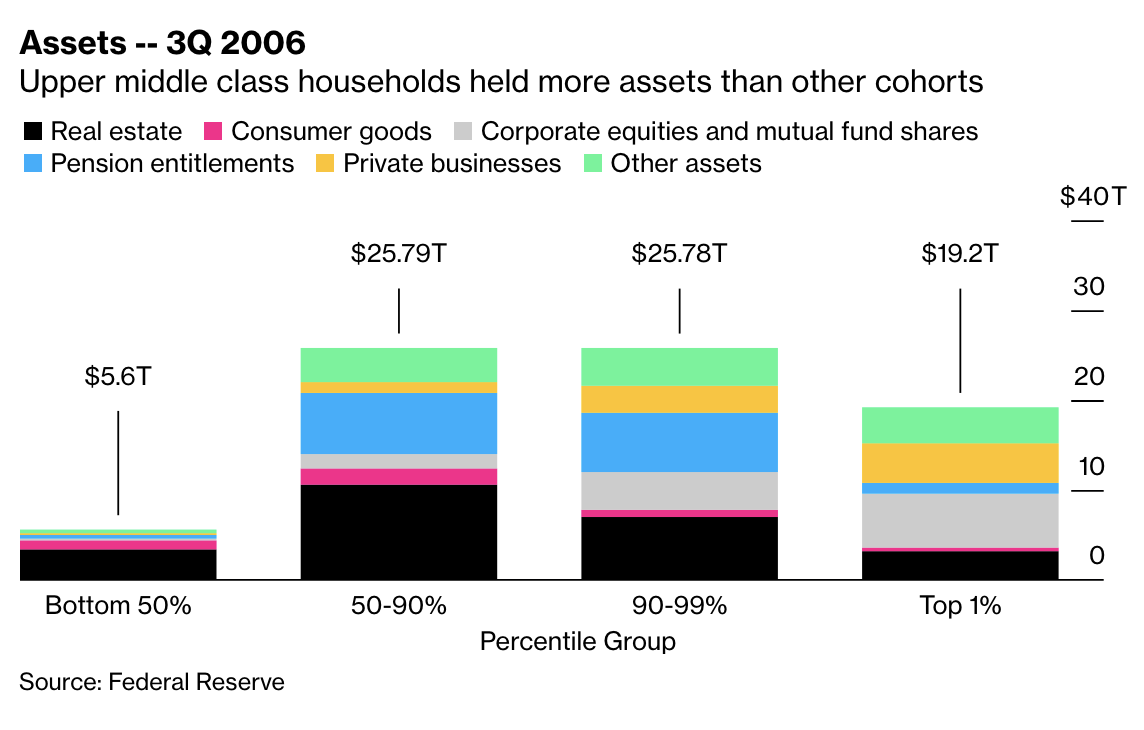