The nation has essentially shut down.

The 2008-09 financial crisis threw sand into the gears of the economic system: A trifecta of damages hit, coming first from the Housing market collapse, leading to the freeze in credit markets/finance system, culminating in a 57% market crash.

The danger this time is an externality. It is not financial but biological: a highly contagious virus with modestly elevated mortality rates. In response to this, companies are telling those who can work from home to do so; governments are limiting large events; The goal is to reduce person to person contact which might spread the Covid-19.

This is a rational reaction, especially for people at elevated risk — those with compromised immune systems, respiratory issues, or those 70 and older. They are being advised to hunker down, wait out the major contagious phase as we “flatten the curve.” The hope is this variant, like other Coronavirii, do not do well during warmer, humid weather. 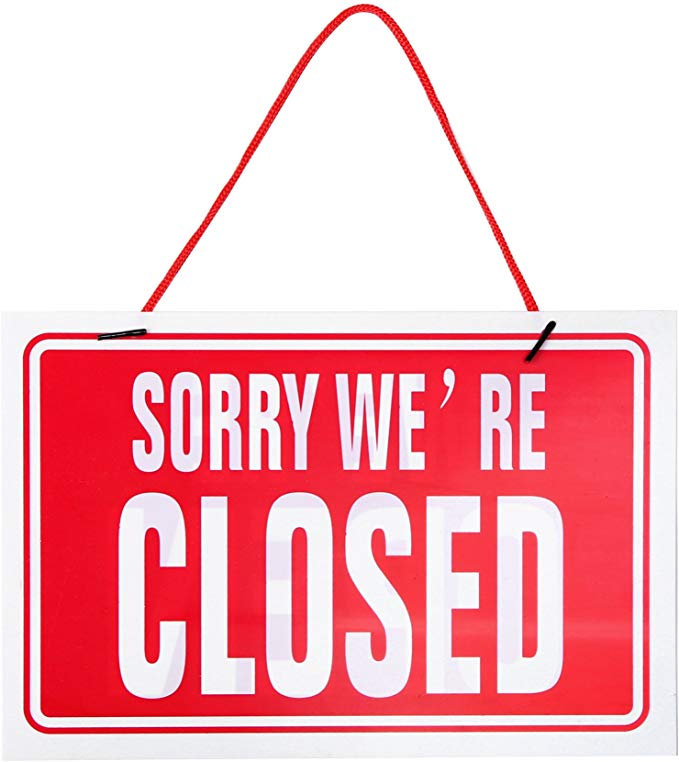 Consider our good fortune of this hitting in February/March and not October/November.

But the longer we hunker down, the bigger the economic effects will be. The variable being how long it will last before things normalize. That is something we have no idea about.

There is a long list of suspended or closed economic activities:

My work determines what I think about: How all of the above plays out in the economy and the stock market. That is the $30 trillion dollar question.1

The market reaction — including the worst one day sell off since 1987 and the biggest spike in the VIX since 2008 — is a reflection of the collapse in spending that has already begun, and will likely to continue. Maybe the early buying frenzy of goods at CostCo, Walmart, Target, Amazon and Supermarkets will cushion their revenues for a few weeks. But eventually, Retail will feel the effects of this. Utilities will see more household demand but less business demand.

The list of industries that are going to be affected are long: The obvious ones include Airlines and Tourism, entertainment, restaurants, and hospitality. Energy is uniquely dealing with both a demand crash and a price war between the Saudis and Russians. The Oil service sector is down more than 90% since its 2014 peak.

But it is more than just the obvious: Manufacturing, already in a recession, is dealing with supply issues and feedstock and raw materials. This is true for heavy industry to local contractors. The supply chain in Technology is disrupted — especially for those firms reliant upon China. The potential cascading effect might be significant.

Surprisingly, the Financial sector might be somewhat more insulated than other sectors in response to this market event. Any firms that bill based on assets will see a quarter over quarter sequential decline. But that will likely reverse, perhaps very quickly, once we get past this period. Look for a brutal snapback rally once the economy begins to recover. Lenders to low quality borrowers will suffer, including those to frackers and weaker companies. Underwriting and dealmaking, traditionally dependent upon face to face meetings, must be feeling the effects of the lockdown.

Despite this, some of the major financial center banks have been brutalized: JPMorgan down 32% year-to-date; Bank America down 37%; Citibank down 42%; and Wells Fargo off 47%.

Once we have some clarity on when the worst of the infections pass, we will see improvement in the economy. The market recovery is likely to be violent move back upwards. Timing this is difficult, as we see the best and worst days bunched together. Note the last time the VIX spiked in 2018, the lows were put in the next day.

Two giant variables: The Virus itself, and Government’s Policy Response.2

The first variable is heavily dependent upon a huge unknown, namely how quickly the virus spreads, its duration, and whether the capacity of our hospital and medical system gets overwhelmed or not. The 30 million+ people who do not have health insurance might also have a huge impact on the contagion.

The second variable is the policy response. An aggressive monetary response can’t hurt, but it is unlikely to do much good. I also believe Bailouts are the wrong prescription for over-leveraged companies and those who lend to them.

An immediate fiscal response could address both of the above variables: include paid sick leave, free Covid-19 testing, and medicare coverage for anyone without health insurance who gets the disease and requires immediate treatment to stop the spread of the disease.

My prescription for an aggressive fiscal response:

If I were President of the United States, I would announce a massive $5-trillion dollar, 10-year infrastructure project paid for with 1% 100-year bonds.

We have been lagging in fiscal responses since the financial crisis. There are numerous reasons for this, but we will save that for another day.

All the usual caveats apply: These speculations are my educated guesses about the future. No one — NO ONE — has any idea as to how this will play out.

I can’t say it enough: Let’s be careful out there.

1. Consider, e.g., that BAML believes Q2 Growth rate will be a negative 0.50 % and GS believes stocks will fall 30%. But these are merely their best estimates, and are not to be relied upon.

2. The US response was belated and somewhat misguided. A travel ban from China targeted at infected regions might have made some sense; the haphazard random ban from Europe makes less sense (the exemption for regions with Trump owned properties is beyond words).

But the big problem has been the lack of testing in the US. The current data is wildly incomplete; once we begin widespread testing in earnest, the infection data will spike. The 1500 known cases today is a function of the testing #failure, the reality its probably closer to 10,000 (but could be 100,000). We just do not know. What is probable is before this is all over, it will measure in the millions, and likely, tens of millions.