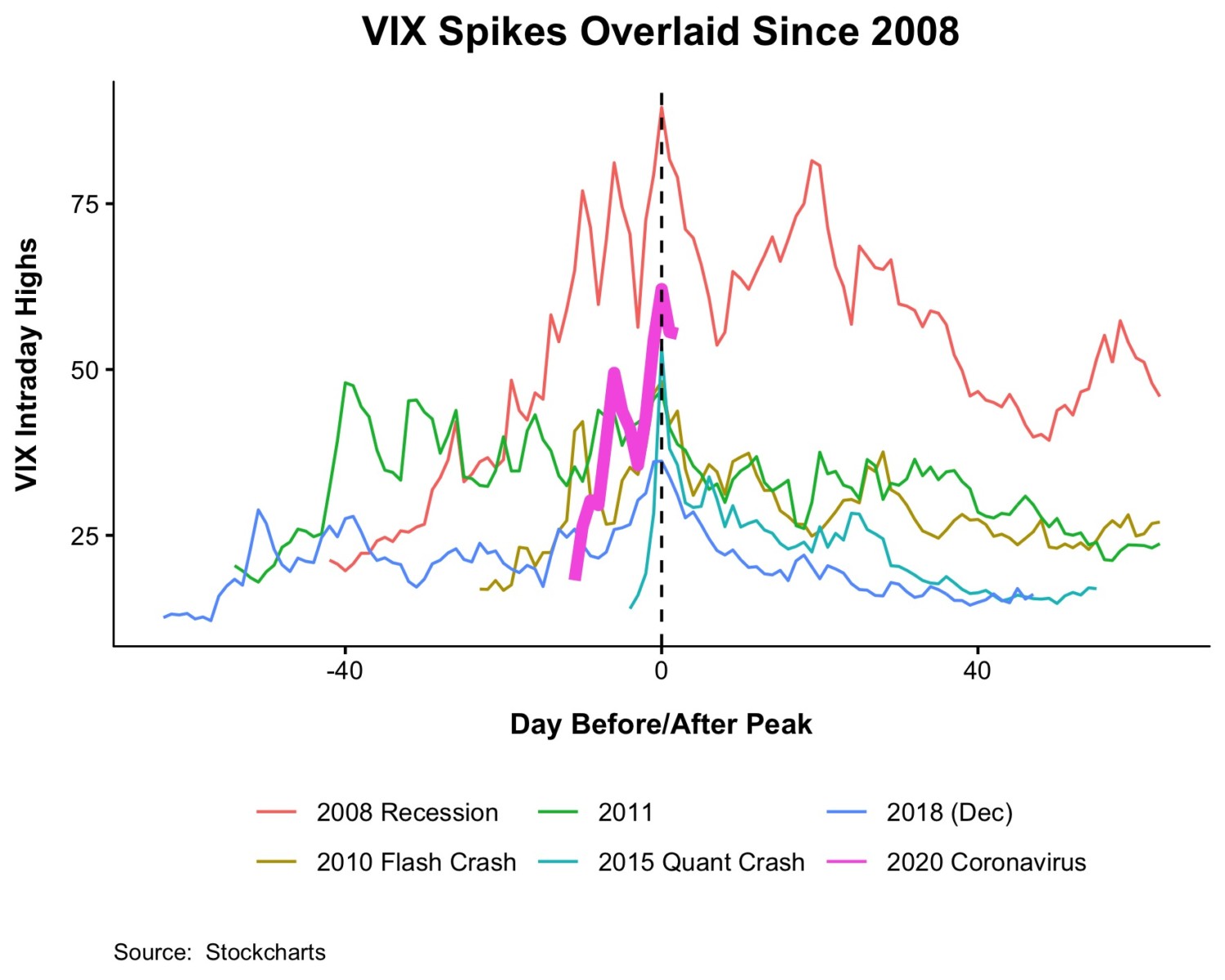 The Great Financial Crisis of 2007-09 at times reminded me of “The Smell of Napalm in the Morning” scene in Apocalypse Now. It features Lieutenant Colonel Kilgore1 (Robert Duvall) who in the midst of an utter hellscape, observes with a knowing wistfulness, “Someday this war is gonna end.” Captain Willard (Martin Sheen) is dumbfounded.

Kilgore, belying the death and destruction all around him, knows a hot war is a once in a lifetime opportunity. Just because you were drafted, forced into killing or being killed does not mean you should not make the best of the situation. For him, that means Surfing. That he appears to be a psychopath does not mean there is no wisdom in what he suggests.

Those double negatives aside, the same sort of warfare wisdom was found during the GFC: If you were able to compartmentalize your own fears, there was a lot to learn by watching the market, seeing what traders did, listening to what clients had to say, laughing at how ignorant the commentariat was, and simply being astounded by the reactions of the press.

Throughout these events, the CBOE Volatility Index (VIX) is one of the best ways to gauge how much fear is in the market. The VIX is derived from the price of S&P 500 index options; it provides an objective – or at least consistent – measure of real time sentiment and market stress.

1. It feels like it is minor until it tips until something major: During a long bull market, BTFD becomes muscle memory. Every buy gets rewarded and most sells get punished (eventually). Lots of economic and market events can create some “Uh-Oh, is this finally it?” concern among investors; it is usually dismissed as the wall of worry that stocks like to climb. “The trend is your friend,” say technicians, but the older ones always add “Until the bend at the end.” (And you know that has to be true because it rhymes).

2. These things go on longer – sometimes much longer – than expected: Downturns often begin when corporate profits reflect a slowing economy. If you doubt this, just consider the bull market – it went on (by some people’s uninformed measures) for 11 years – far longer than anyone expected.

Typically, the source of the bad news comes from inputs that are slow and long dated. For example, a change in interest rates takes quarters to be felt in the overall economy; Fiscal stimulus or austerity can take years to work its way into actual GDP.

Stocks usually see recessions long before economists do. Markets a probabilistic discounting mechanism, to make a reasonable guess about future cash flows and profits about an unknown, and unknowable, future. The inputs come from people filled with all of the usual human cognitive biases. Each new piece of previously unknown information works its way into the market via prices. If the news is consistently worse than expected, markets gradually get worse. Very often the headlines start out behind the curve as to how bad things will get, but they also tend to make it up by overshooting on the other side – they stay bad even as the market recovery has already begun.

Pay attention to the qualitative context of what is driving the economy and therefore future corporate profits. To quote Ed Yardeni, “The bottom line is that all economic and financial forecasts depend on the course of the virus pandemic and the resulting pandemic of fear.” If it is temporary – as a pandemic is likely to be – then we want to look through to the end of the lockdown and the recovery.

4. Buying into a deepening sell off is much harder than you believe: “Everyone wants to be a contrarian” could be my favorite sentence of all time. How many traders wish they could hold their emotions to one side, follow a few charts, and buy into the market lows? Even if you had a magic indicator, you are very unlikely to be capable of holding your emotions at bay to pull the trigger. Humans are social herd primates, a species that evolved over time with group cooperation as a survival strategy. You have been wired to not fight the crowd, and it is incredibly uncomfortable to do so.

5. Use the VIX to Make Your Buys: The VIX charts nearby give us a sense of exactly how much fear is occurring in the market right now. Some of this is as function of what we don’t know; some is simply a recognition that corporate revenues and profits are going to be pressured, perhaps deeply pressured, for at least a month quarter, and perhaps much longer. 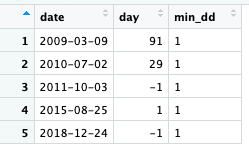 The chart above compares this VIX spike with several others since 2007. It suggests this is a much quicker run to 60 than prior events. This implies (but by no means guarantees) that when the pandemic runs its course the return will likely be just as quick.

The chart below shows that the market did not bottom until months after the VIX peaked in October 2008. However, in 2018, the collapse of the VXN notes caused the VIX to rise in February, but it did not peak until the Q4 sell off in 2018. Of the 5 VIX spikes on the chart (se nearby table), 1 bottomed 91 days after VIX peak, another 29 days after. The other 3 were within 1 day of the VIX peak.

The bottom line is this: We have no idea how much worse this gets biologically or economically; once a glimmer of understanding shows, the market is likely to identify it before anyone else.

1. The Martin Sheen character, Captain Benjamin L. Willard says about Colonel Kilgore: “Well, he wasn’t a bad officer, I guess. He loved his boys, and he felt safe with ’em. He was just one of those guys with that weird light around him. He just knew he wasn’t gonna get so much as a scratch here.” 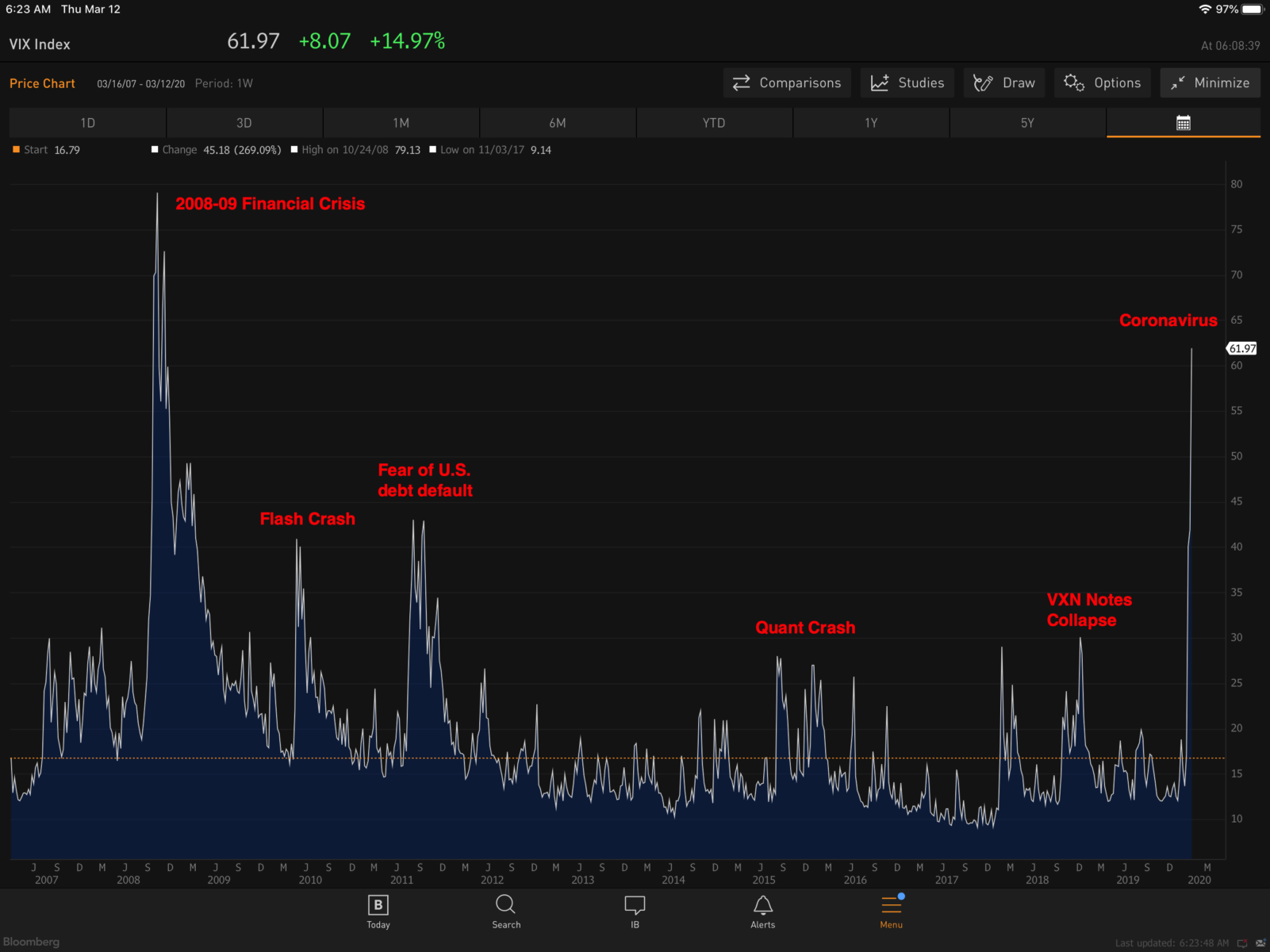